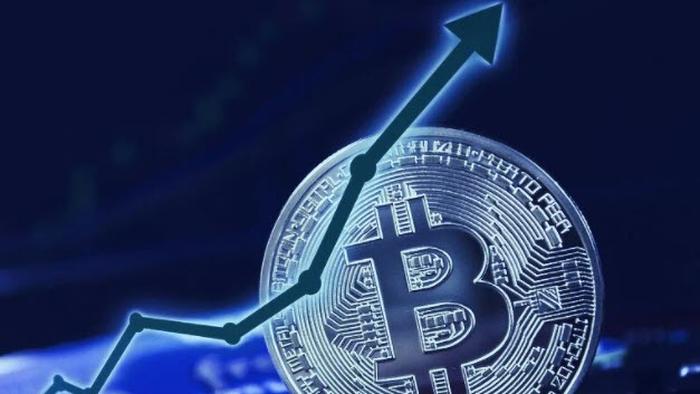 
After plunging in early September on SEC regulation fears and again later in the month on China ‘ban’ headlines, Bitcoin has roared back from below $40,000 on 9/22 to top $50,000 this morning.

Uptober is in full swing…

This is the first time the flagship cryptocurrency’s price has pushed above $50,000 since September 7, 2021, the day El Salvador became the first country in history to accept the cryptocurrency as legal tender.

Ethereum is also up but not as much…

The most recent surge comes after BofA issued a research report offering a bullish outlook for the long-term prospects of cryptocurrency.

The report asserts that the cryptocurrency sector’s $2.15-trillion market capitalization is “too large to ignore,” highlighting that the digital asset ecosystem has evolved to encompass “so much more” than just Bitcoin.

“For us, digital assets are not about payments per se. They’re about a new computing paradigm – a programmable computer that is accessible everywhere and to anyone and owned by millions of people globally.”

The report also highlighted the recent surging rates of crypto adoption, estimating that 221 million users globally had traded cryptocurrency or used a blockchain application as of June 2021 — compared to 66 million in May 2020.

Earlier this week, Fed chair Powell also said the U.S. would not take the same crypto stance as China, which has banned both cryptocurrency trading and mining.

“Is it your intention to ban or limit the use of cryptocurrencies, like we’re seeing in China?” Powell was asked during a recent hearing of the House Committee on Financial Services.

Finally, we note that Bitcoin is officially the best-performing asset of 2021, data now confirms…

As CoinTelegraph reports, despite Bitcoin’s wild ride throughout the year, downside has failed to grip the market, with a 60% retracement from highs in May now all but cancelled out.

The largest cryptocurrency is thus at least 13% ahead of commodities for the year, figures show this week, and 17% ahead of United States micro-cap companies.

Compared to how some other investments performed, the picture is even rosier for BTC hodlers. European stocks, for example, are up just 10.3% year-to-date this week.

“After the strong Q3 performance Bitcoin is now up +49.1% year-to-date,” the @Bitcoin Twitter account commented on the data set from investment firm NYDIG.