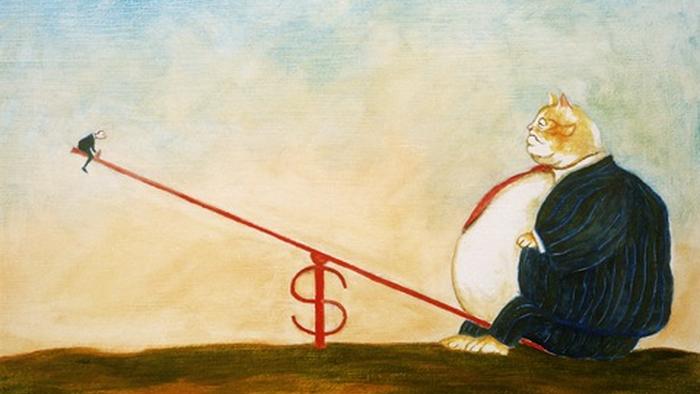 
Nobody knows more about the future bullish and bearish developments of a business than its top executives. Insiders are senior executives, board members, or shareholders who hold 10% or more of a company, usually, come out on top when buying and selling stock. There are now tracking services offered to institutional and retail investors that rank top US corporate insiders on their trading track records, according to Bloomberg.

It comes as no surprise that insider activity may sometimes be a good indication of the future price movement of a particular stock mainly because those in the know are likely basing decisions off nonpublic information, which outlines what our readers have known all along: the stock market is not a level playing field.

Mississippi College School of Law professor John Anderson said, “it’s really easy to say that our markets should be a level playing field, but the reality is that they never have been.” He said people “come to the market because they think they have better information, better understanding than their counterparties.”

“Most Americans today believe the stock market is rigged, and they’re right,” said Daniel Taylor, a professor at the Wharton School and the head of the Wharton Forensic Analytics Lab. Corporate insiders are sometimes taking advantage of nonpublic information by trading well before the news hits the tape.

Monitoring Form 4 filings of insider buy and sells has been a popular technique by some on Wall Street. Now there are tracking companies using algorithms to sort through SEC filings to follow the top insiders. This has spurred a completely new service, offered by TipRanks, where customers can automatically track insider buys and sells and win rates.

The highest-ranked TipRanks’ corporate insider is an unknown 80-year-old investor in Birmingham, Alabama, who advises and sits on multiple boards. His track record has made him a legend on the platform: Out of the 496 trades he’s made since 2014 in Alabama’s ServisFirst Bancshares Inc., where he sits on the board, and Century Bancorp Inc. of Massachusetts, where he owns more than 10% of the stock, 372 of them or about three quarters have been winning trades three months later. When Filler makes a trade, his Form 4 is released two days after and automatically updated on TipRanks. He’s got about 2,700 subscribers on the platform that are alerted after he makes a trade.

Besides Filler, other TipRanks favorites include Steve Mihaylo, the CEO of telephone services company Crexendo Inc., who has a win rate of 83% over the last five years; Snehal Patel, CEO of pharmaceutical company Greenwich LifeSciences Inc., who has earned 488% on four trades that were made ahead of results from a cancer drug trial.

Many insiders’ high success win rates seem as if it’s just luck, but it’s been an open secret on Wall Street that insiders trade on what they know. Wharton’s Taylor said, “there is a lack of appreciation for the amount of opportunistic abuse that exists under the current system, the amount of egregiousness.”

Last year, readers may recall pharmaceutical execs adopted so-called 10b5-1 plans – trading schedules that are preplanned buying and selling programs over time. However, many of the preplanned trades were based on COVID vaccine announcements. In particular, Pfizer CEO Albert Bourla, who, under the 10b5-1, dumped shares on a vaccine announcement.

Bourla’s trading plan seems to have lined up around future headlines based on nonpublic information. These plans were first introduced in the early 2000s to allow execs to trade stock in a preplanned fashion that would shield them from wrongdoing. Taylor said these plans are susceptible to abuse.

In June, Gary Gensler, the SEC’s new chair, said his staff would enforce companies to implement a “cooling off” period between when execs set up 10b5-1 plans. His assessment significantly understates the insider trading problem and how the plan shields execs from any wrongdoing even if they developed a preplanned buying or selling program around future company news.

Ankush Khardori, who recently worked as a prosecutor in the Fraud Section of the Justice Department, said, “insiders have some legitimate advantage over everyone else – they have experience and expertise that allows them to put public information into context in a way others cannot. That allows a defense lawyer to say, ‘This wasn’t inside information. They were just better at reading what was already out there.'”

Under the Securities Exchange Act of 1934, executives who have material nonpublic information and trade on it seem like a slam dunk case for the government. Still, regulators and lawyers said identifying and prosecuting the offense is complicated.

Most Americans are correct. The stock market is a rigged game for the wealthy as corporate execs can hide behind trading plans as they buy or sell stock, sometimes based on nonpublic information.