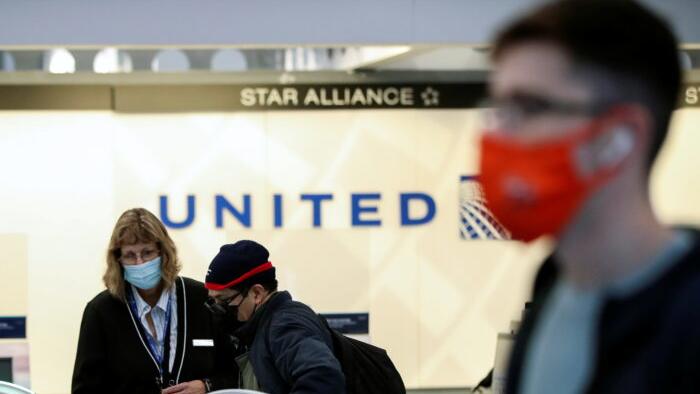 United Airlines is set to terminate 593 of its employees who have chosen not to comply with the company’s vaccine mandate, the company confirmed to The Epoch Times early Wednesday.

The company was the first U.S. carrier to mandate vaccines for all domestic employees, having announced its mandate in August. Employees were required to be vaccinated by Sept. 27, otherwise they would be terminated by Oct. 2. Those who refused the vaccine would be terminated outright.

In a memo to employees on Tuesday, obtained by The Epoch Times, United Airlines Chief Executive Scott Kirby and President Brett Hart said the company would start the process of firing the employees who refused to be vaccinated against COVID-19, the disease caused by the CCP (Chinese Communist Party) virus.

The United executives told staff that more than 99 percent of domestic employees “chose to get vaccinated, excluding those who submitted for an accommodation.”

“For the less than 1% of people who decided to not get vaccinated, we’ll unfortunately begin the process of separation from the airline per our policy,” the memo reads.

“This was an incredibly difficult decision but keeping our team safe has always been our first priority. The pandemic is now killing more than 2,000 people per day—a 65% increase in just the past 30 days—and the most effective way to keep our people safe, is to make sure they’re vaccinated.”

The memo noted that those applying for a medical or religious exemption have had the “the deadline for implementing the accommodations” extended due to a pending court case.

United officials said that people who applied for religious and medical reasons account for less than 3 percent of the company’s workforce of 67,000 people. It was going to offer an “accommodation” of unpaid personal leave from Oct. 2. Doing so would mean the employees would also forfeit their benefits, including medical coverage.

Six United employees last week filed a class-action suit against the airline, with attorneys arguing that the company’s handling of its vaccine mandates violates the 1964 Civil Rights Act.

The attorneys announced Tuesday that United had agreed to pause its plan until Oct. 15 to apply so-called “accommodation” for about 2,000 of its employees who have applied for religious or medical exemptions.

They hailed the move as “a victory for employees seeking reasonable accommodations for personal medical decisions,” and condemned the “accommodation” that United initially offered as “termination by another name.”

Texas Judge Mark Pittman is set to hear evidence and arguments in the lawsuit on Oct. 8.

A United spokesperson told Reuters that the company plans to hire about 25,000 people over the next few years, and COVID-19 vaccination is a condition of employment. The spokesperson added that United will also require students at its pilot training school to get vaccinated.