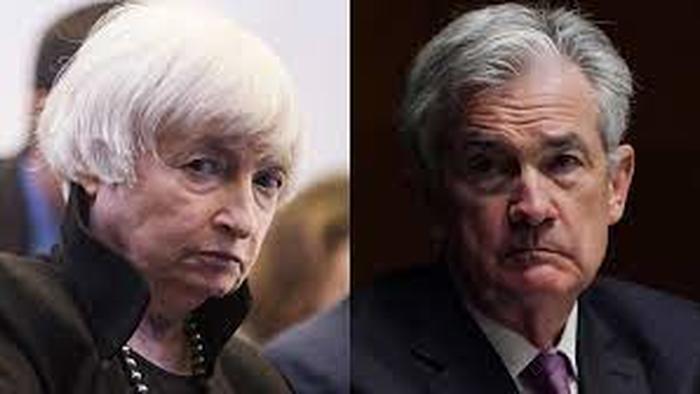 In his testimony to be delivered to members of the powerful Senate Committee starting at 1000ET, Powell acknowledged the economy has been strengthening, but also warned about the growing risks of inflation, which may remain higher for longer than anticipated as the delta variant continues to scramble American supply chains.

“As reopening continues, bottlenecks, hiring difficulties and other constraints could again prove to be greater and more enduring than anticipated, posing upside risks to inflation,” Powell said in prepared remarks released on Monday evening.

“If sustained higher inflation were to become a serious concern, we would certainly respond and use our tools to ensure that inflation runs at levels that are consistent with our goal.”

After Senate Republicans blocked a bill to raise the debt ceiling (as expected), Treasury Secretary Janet Yellen is turning up the pressure by establishing a debt ceiling “drop dead” date of Oct. 18.

In her prepared remarks, Yellen implored lawmakers to raise the federal government’s statutory borrowing limit. Not doing so would cause “a catastrophic event for [the] economy.”

“We now estimate that Treasury is likely to exhaust its extraordinary measures if Congress has not acted to raise or suspend the debt limit by October 18,” Yellen said.

“At that point, we expect Treasury would be left with very limited resources that would be depleted quickly” “It is uncertain whether we could continue to meet all the nation’s commitments after that date.”

Powell will likely face at least some questions about the dual resignations of two regional Fed bank presidents yesterday.

It’s likely Powell will also face some questions about the Fed’s plans for tapering its asset purchases (which are currently at $120 billion a month) and raising interest rates in the wake of Wednesday’s FOMC meeting.