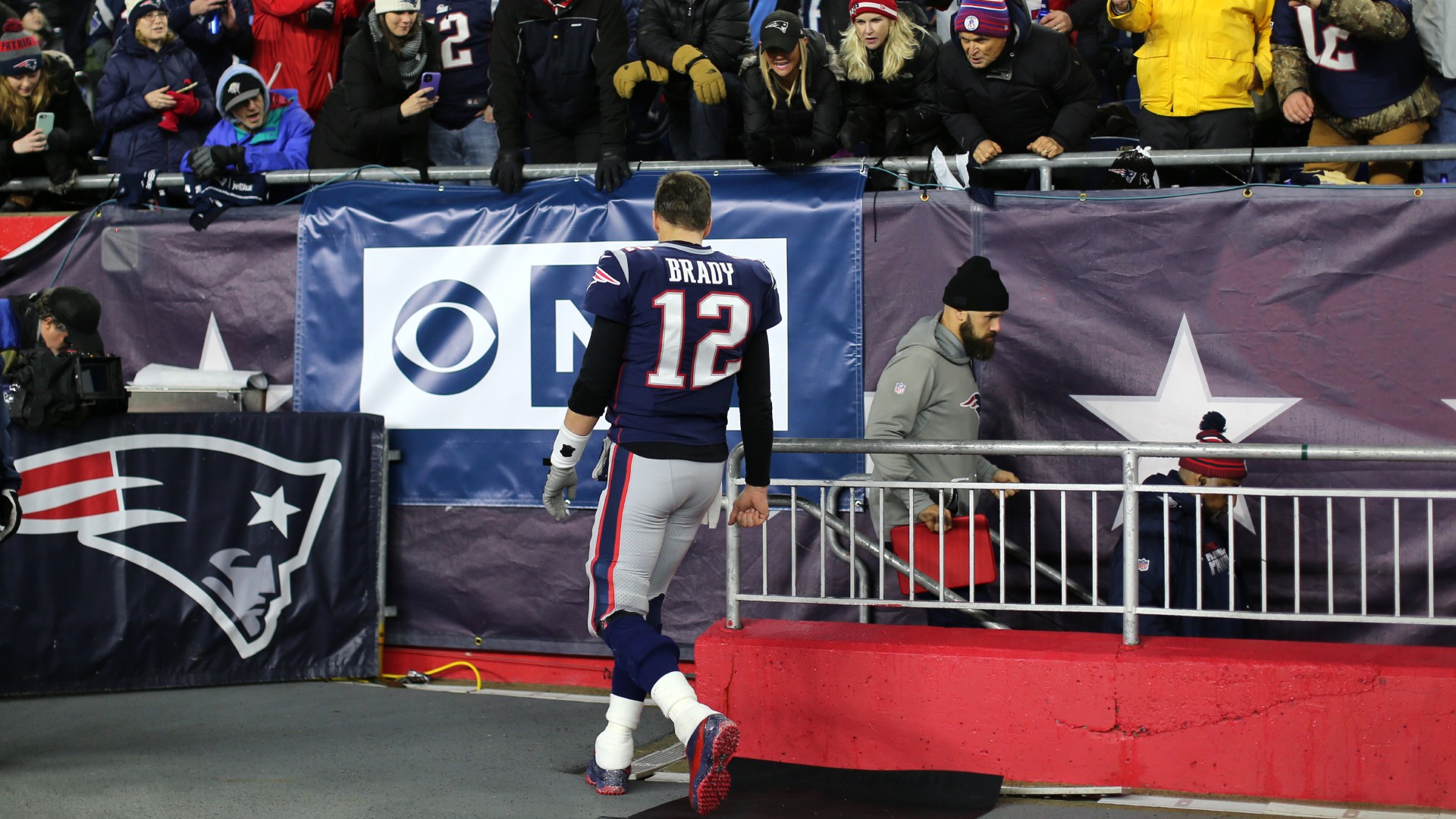 Tom Brady has two decades worth of history with the Patriots. Soon, he will have a chance to make some against them for the first time.

Brady’s Buccaneers are traveling to New England in Week 4 of the 2021 NFL season to face the Patriots. It will mark Brady’s first game against his former team and will give him a chance to become the fourth quarterback in NFL history to beat all 32 teams.

Is Brady going to get emotional about his return to Foxboro? The quarterback was predictably business-like when addressing the emotions he might face ahead of his battle with his former team.

“I’m not going to necessarily reminisce,” Brady said on the “Let’s Go!” podcast with Jim Gray and Larry Fitzgerald. “I don’t think this is the moment for that. I’ll have plenty of opportunities to reminisce about my football career — none of it, none of which I really care to do right now because I’m so much in the moment. I’m not going to be thinking about 20 years of history. I’m going to be thinking about one night of football, a Sunday night game coming off a really tough loss.”

NFL PICKS: Against the spread | Straight up

Brady also knows that the Patriots are coming off a loss of their own. The team sits at 1-2, so he isn’t expecting the red-carpet treatment from the Gillette Stadium crowd since their team is needing a win.

“Well, I wouldn’t expect a homecoming,” Brady said of his expectations for the game. “I think [the fans are] there to root for their team and their team is the Patriots. And I’ll certainly have a lot of people that cheered for me over the years, I know there’ll probably be, I’ll have a lot of family there and I have a lot of friends that have wanted to go to the game.

“The home crowd at Gillette is a great crowd. And I think they’re going to cheer for their team as I would expect them to. And I think if they know anything about me, they’re going to know that I’m going out there to try to win the football game. So I think they’ll respect that about me. I certainly respect that they’re there to pull for their team and that’s the way sports goes.”

What about the welcome from his former coach Bill Belichick? There were rumblings of discord between the two when Brady left the Patriots, but Brady insisted that his relationship with Belichick was still strong.

“I have 20 years of being there and obviously he’s a great mentor for me,” Brady said of Belichick. “And yes I think there’s definitely great lessons I’ve learned from him. He’s a great football coach, and he does a great job for his team.”

Clearly, one of the lessons learned was how to downplay a big game. Belichick is taking the same muted approach as Brady ahead of their Week 4 matchup.

“I have so much respect and appreciation for Tom and everything he did here, and for me and for our team,” Belichick said on Monday. “We’re just getting ready to compete against Tampa this week and we’re going to keep our focus on that.”