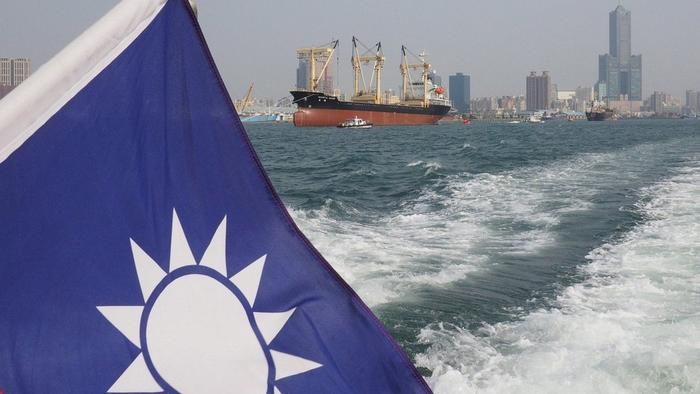 
China and Taiwan are increasingly entering a war of words as both are within the last week seeking to join the Comprehensive and Progressive Agreement for Trans-Pacific Partnership, or CPTPP. The Pacific trade pact involves Japan, Australia, Malaysia, New Zealand and others among 11 total countries, which began in 2018 – though previous to that it was known as the Trans-Pacific Partnership (TPP) and ironically was long deemed a crucial economic counterweight to China’s regional influence.

On Wednesday, merely less than a week after Beijing announced its own bid for formal membership, Taiwan’s Deputy Minister of Economic Affairs Chen Chern-chyi unveiled the application in a press conference while Cabinet spokesperson Lo Ping-cheng said, “Applying to join the CPTPP is an important economic and trade policy that the government has worked hard to promote for a long time.”

Taiwan’s chief trade negotiator John Deng admitted on the same day that “it will pose a major obstacle for Taiwan to join the trade bloc if Beijing joins it first.” Beijing’s ‘One China’ policy has attempted to aggressively enforce the idea that Taiwan can’t join international trade pacts and institutions.

Deng followed up in Thursday statements by pointing out that China consistently attempts to obstruct Taiwan’s participation in global trade and entities, underscoring that, “So if China joins first, Taiwan’s membership case should be quite risky. This is quite obvious.”

“I stress that Taiwan is an sovereign, independent nation. It has its own name. But for trade deals the name we have used for years is the least controversial,” Deng added. He explained further:

But Taiwan has a different “system” from China, Deng added, pointing to Taiwan’s democracy, rule of law, transparent laws and respect for personal property.

However he said there was no direct connection between Taiwan’s decision to apply and China’s, which has yet to comment on Taiwan’s application.

“How mainland China comments on this is a matter for them,” Deng said.

He added that Taiwan, a major semiconductor producer, has applied to join under the name it uses in the World Trade Organization (WTO) — the Separate Customs Territory of Taiwan, Penghu, Kinmen and Matsu. Taiwan is a member of the WTO and Asia-Pacific Economic Cooperation (APEC) grouping.

Last week Chinese state-run media hailed the Beijing’s own application application as affirming China’s leading role in global trade and success in resisting Washington pressures. For example Communist Party mouthpiece Global Times had this to say in a prior op-ed just hours after the announcement:

The late-night announcement aims to cement China’s leadership role in global trade, while piling pressure on the US that has thus far stayed away from rejoining the revised version of the Trans-Pacific Partnership (TPP), a regional trade pact initiated by the US under former President Barack Obama that was widely believed to be aimed at containing China’s rise, experts said.

China is hoping for the CPTPP to put global trade and economic cooperation back on track, underscoring the need for multilateralism, thereby reviving both the Chinese economy and the global economy in the post-COVID-19 era.

More importantly, watchers of international affairs stressed that China’s latest step that is set to steady its partnership with CPTPP members, would inevitably subject the US to what could be overwhelming pressure.

So without doubt, officials in Beijing will see Taiwan’s bid for CPTPP membership as but yet more Washington meddling with a US ‘hidden hand’ challenging One China.

Taiwan applied to join the CPTPP. If Taiwan wants to use this process to reinforce its impact on the one-China policy, I can say with certainty that it cannot enter the CPTPP.

Currently Japan has the foremost visible leadership role in the CPTPP, which could further complicate things in terms of both China and Taiwan applying at the same time, given current rising Japan-China tensions are centered precisely on Tokyo’s recent willingness to take a pro-Washington line on the matter.

Meanwhile, Britain began negotiations to enter the trans-Pacific trade pact in June, and its own case is front and center, said to be proceeding the fastest at the moment.

Ethereum (ETH) Merge Date Gets Moved Up By 4 Days