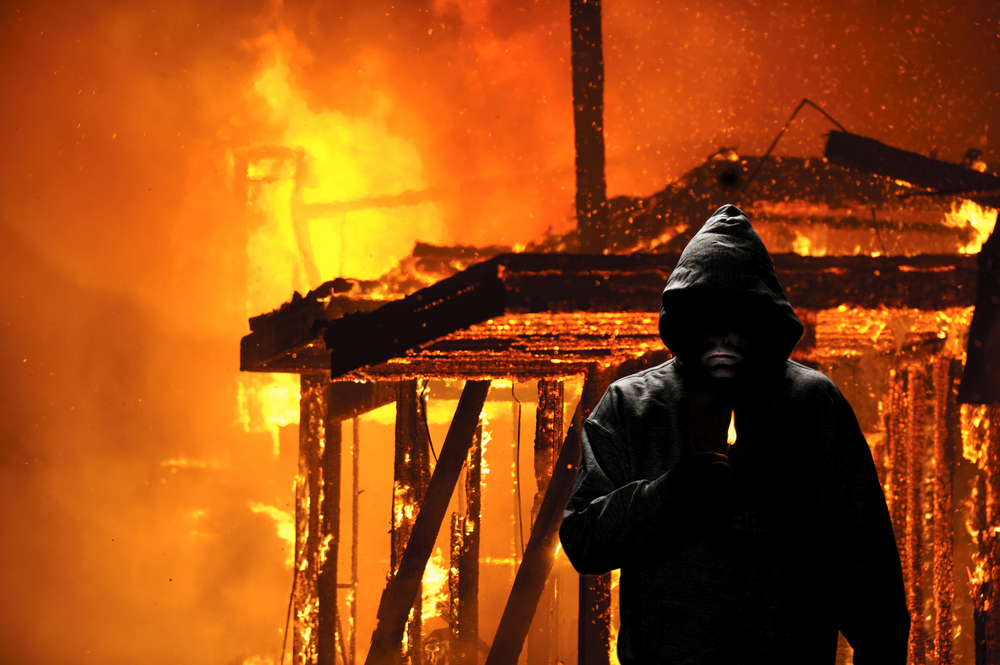 Thousands of people were under evacuation orders Friday and many others were on notice to be ready to flee as a destructive wildfire raged in a drought-stricken forest in California’s far north.

A woman suspected of starting the Fawn Fire was under arrest, authorities said.

The fire in the Mountain Gate area north of the city of Redding covered more than 9 square miles and was 10% contained, according to the California Department of Forestry and Fire Protection, or Cal Fire.

Cal Fire said at least 25 structures had burned. Photos and video showed some homes blazing but the number of residences lost was not known. Damage inspection teams were conducting assessments, Cal Fire said.

The fire erupted at 4:45 p.m. Wednesday and grew explosively in hot and gusty weather Thursday in the region about 200 miles north of San Francisco. Weather on Friday was expected to remain hot but with light winds.

Alexandra Souverneva, 30, of Palo Alto was under arrest on suspicion of starting the fire, Cal Fire said.

Workers at a quarry reported seeing a woman acting strangely and trespassing on Wednesday. Cal Fire said Souverneva later walked out of the brush near the fire line, approached firefighters and told them she was dehydrated and needed medical help.

During an interview with Cal Fire and law enforcement, officers came to believe Souverneva was responsible for setting the fire, officials said. She was booked into the Shasta County Jail. It wasn’t immediately known if she has an attorney.

Souverneva, who had a lighter in her pocket when she approached firefighters, was charged Friday with felony arson to wildland with an enhancement due to the declared state of emergency California is under, said Shasta County District Attorney Stephanie Bridgett.

Souverneva is also being investigated for starting other fires in Shasta County and throughout the state, Bridgett said.