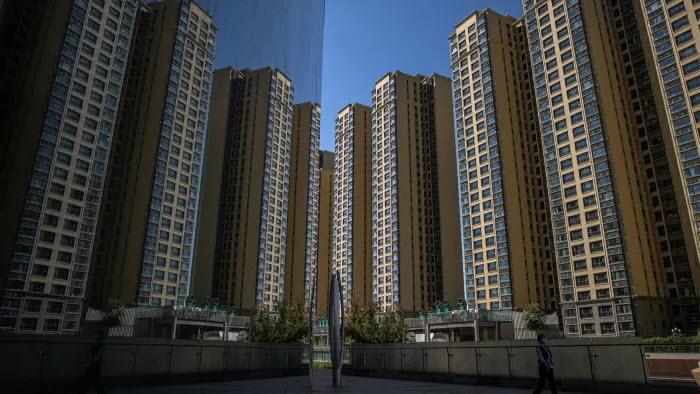 
Is this the start of China’s nationalization of Evergrande?

With Evergrande’s foreign bondholders saying they have yet to receive a closely watched $83.5 million interest payment that was due at midnight in New York on Thursday, or noon on Friday in Hong Kong, in effect starting a 30 day grace period before a hard default is triggered, Bloomberg reports that China’s housing regulator has “stepped up oversight of China Evergrande Group’s bank accounts to ensure funds are used to complete housing projects and not diverted to pay creditors.”

In other words, China is now not only deciding how the insolvent developer distributes its cash flow and, but is also forcing it to prioritize operational outlays over payments to creditors, a step which companies traditionally take after they have filed for bankruptcy. The move is a confirmation that homeowners come first on Beijing’s priority list for managing the Evergrande crisis – in hopes of preventing a major hit to China’s property sector – even as bondholders, banks and other creditors seek repayments on more than $300 billion in liabilities from the world’s most indebted developer.

According to the report, the Ministry of Housing and Urban-Rural Development instructed local subsidiaries across China last month to supervise funds for Evergrande’s property projects in special escrow accounts.

Under the heightened oversight, the developer’s funds must first be used for construction to ensure project delivery. Furthermore, cash payments from these government-supervised accounts, such as paying suppliers, will be subject to state approval; local bureaus in some cities have already started to implement the measures.

Meanwhile, the cash-strapped firm has not only not made the payment on offshore bonds, but Asia’s largest issuer of junk-rated dollar bonds has also kept a complete radiosilence failing to make a stock exchange filing or public comment about the coupon. Three holders of the note told Bloomberg they haven’t received payment.

While few will dub this creeping takeover of Evergrande for the nationalization it is, Bloomberg does note that “the bank account restrictions underscore that policymakers are taking a more active role in the turmoil as missed payments by Evergrande on investment products spark protests across the country.”

In July, a Chinese city halted sales at two Evergrande projects alleging the troubled developer misappropriated funds by only depositing a portion of the proceeds from housing sales into the escrow accounts, according to a local government statement.  To ensure Evergrande doesn’t divert these funds, the housing bureau in Nansha district created an escrow account under its own name this month to take in proceeds from Evergrande homebuyers, cutting off the developer’s direct access to the money.

A lack of funds has already led to a construction halt on some unfinished housing properties, sparking social unrest among buyers. In Guangzhou, buyers surrounded a local housing bureau earlier this month to demand Evergrande restart construction.

Separately, in an attempt to preserve continuity of Evergrande operations, including maintaining construction and project delivery, a focal point to resolve Evergrande’s liquidity crisis in an effort to steer retail investors away from cash repayment on its wealth products, the company has pushed them to accept deeply discounted properties, both to individuals and to companies. However, many of the projects aren’t finished.

As previously reported, Evergrande owes about $147 billion in trade and other payables to suppliers as part of its attempt to mask its indebtedness; the company received down payments on yet-to-be-completed properties from about 1.6 million homebuyers as of December.

Meanwhile, the biggest priority for Beijing is simpler: preserving social orde. Disgruntled retail investors gathered at the company’s Shenzhen headquarters for at least three straight days this month, and unconfirmed videos of protests against the developer in other parts of China have been shared widely online.