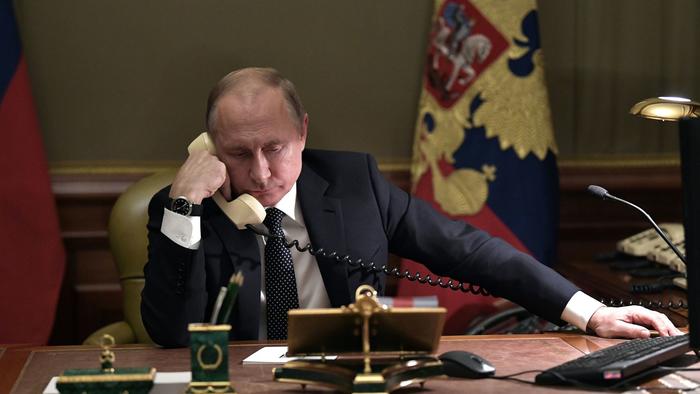 
The new book “Peril” written by well-known Washington Post journalists Bob Woodward and Robert Costa has for the first time revealed details of a confrontational follow-up exchange between Presidents Biden and Putin over Biden’s prior “killer” remarks.

The controversy stemmed from a Biden interview with ABC’s George Stephanopoulos within the opening months of his presidency last spring.

EXCLUSIVE: Pres. Biden told @GStephanopoulos that he agreed Russian President Vladimir Putin is a “killer” and will “pay a price” for interfering in U.S. elections. https://t.co/rIe2ms8sSv pic.twitter.com/VtAGCvF9hp

Biden was talking getting “tough” on Russia as a way of supposedly distancing himself from Trump’s foreign policy, coming after years of the incessant drumbeat of the failed ‘Russiagate’ narrative.

Asked whether he believes Mr Putin is a “killer” in the ABC interview, the president responded: “I do.”

Mr Biden recalled meeting Mr Putin, during which he reportedly told him that he “doesn’t have a soul”: “I wasn’t being a wise guy.” “He looked back at me and said, ‘We understand each other’,” Mr Biden said.

Biden having called the head of state of a major global power a “killer” immediately drove world headlines, and was a featured talking point among pundits going into the tense Biden-Putin summit held in Geneva on June 16.

The Woodward and Costa book has divulged the contents of an April 13 phone call which came weeks after the March interview. That’s when Putin called the US president out on the matter:

“I’m upset you called me a killer,” Putin said to Biden…

Biden told Putin his comment, made in a March 16 interview with ABC News’ George Stephanopoulos, was “not something premeditated,” according to the book.

“I was asked a question. I gave an answer. It was an interview on a totally different topic,” Biden said, before he invited Putin to meet with him in person.

Prior to this newly revealed exchange, Putin had publicly responded to the insult in television remarks, saying…

“It takes one to know one,” Putin said in televised remarks, using a saying from his childhood.

“That’s not just a children’s saying and a joke. There’s a deep psychological meaning in this.”

“We always see in another person our own qualities and think that he is the same as us.”

Putin added that he wished Biden, 78, good health. “I’m saying this without irony, not as a joke.”

It’s unclear whether Putin was satisfied with Biden’s direct explanation in the April 13 phone call. Biden didn’t apologize, but seemed to back off the comments a little by blaming the unscripted interview question.

The June summit was cordial and conciliatory between the two leaders, however it became clear that the press pool was looking to bait the leaders into condemning the other – which led to Biden himself venting in frustration and lashing out at an American reporter at one point in the aftermath.