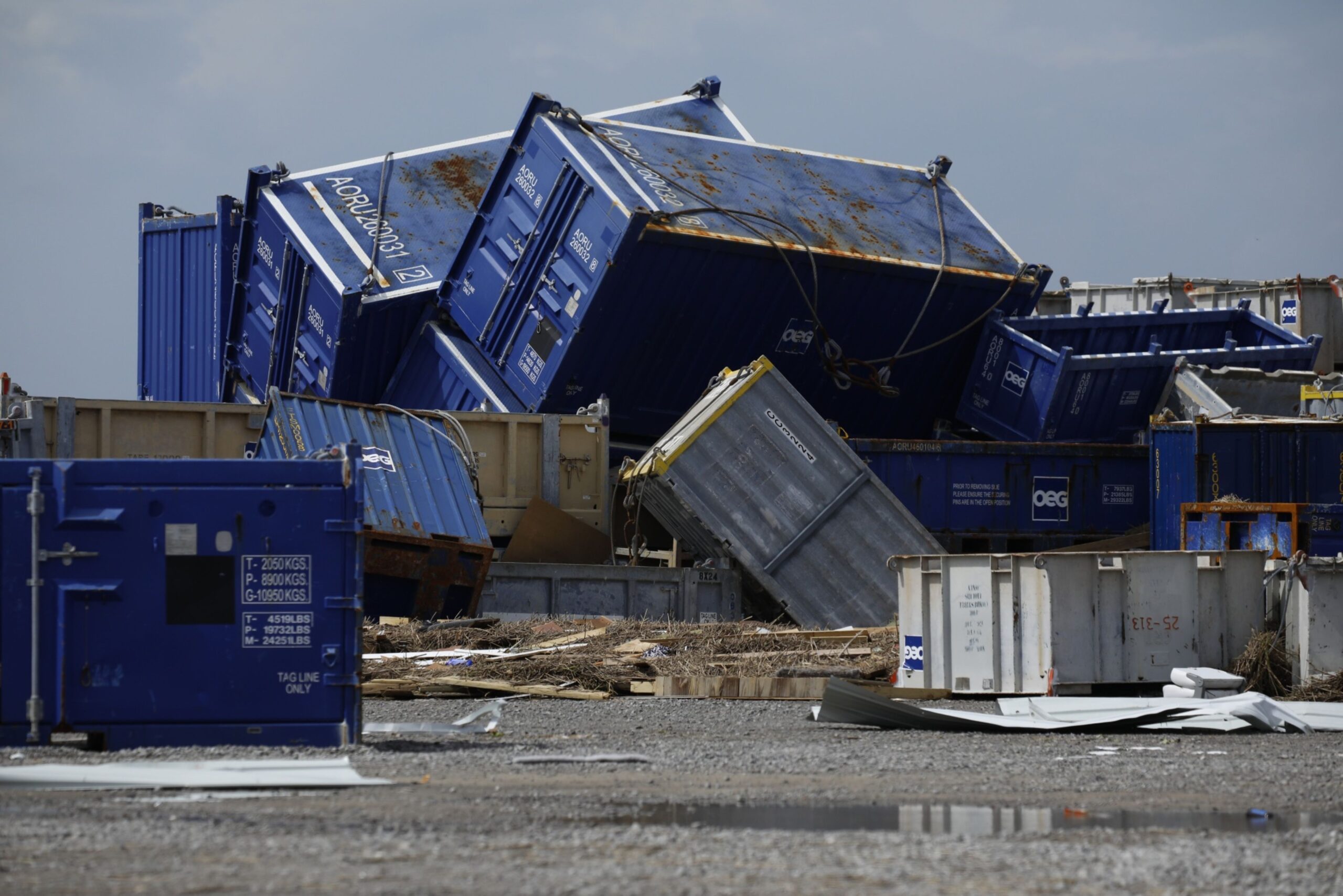 If anyone should be attuned to the real-world impacts of global warming, it’s the policy makers and business heads that have to deal with the fallout. But even the most well-intentioned can fail to grasp just how bad things could get if climate goals aren’t met.

At least that’s the impression I get. That’s why I reached out to Andy Pitman and Sonia Seneviratne, two of the world’s top experts on the most catastrophic effects of climate change. Their fields of study focus on extremes and compound events. Both worry that institutions are too focused on outcomes we can predict with high confidence. There isn’t enough appreciation of the risks associated with new weather patterns we don’t yet understand.

Warming of about 1.2 degrees Celsius from pre-industrial levels has already had devastating consequences. “Once we get around 2°C we are getting to a climate regime which hasn’t been seen for as long as the human species has been at work,” said Seneviratne, a professor at ETH Zurich who oversaw the chapter on extremes in the most recent Intergovernmental Panel on Climate Change report. The document, published every six to seven years, is the pinnacle of scientific knowledge about global warming.

Decision makers don’t fully comprehend the second-order effects, after physical destruction, that increasingly extreme weather events will have on our social and economic systems. Some of these outcomes are hard to predict and that uncertainty will only grow the more fossil fuels we burn.

That’s one of the reasons why economic policy makers focus their analysis around what is best known, such as mean temperature changes and historical correlations between gross domestic product and climate.

A seminal paper published by the Bank for International Settlements warned that the “Knightian uncertainty” and “epistemic break” created by climate change present a deep challenge to monetary policy. But in practice the unknowns are still being overlooked. New scenarios produced for the central banks’ climate network in June, for example, only consider the effects of increases in temperature, excluding other factors such as extreme weather and sea-level rise.

Pitman, director of a multi-university center on climate extremes in Australia who has also contributed to previous IPCC reports, points to financial stress tests and macroeconomic modeling as one example of where this kind of thinking goes wrong.

The instruments are meant to estimate the effects of higher levels of warming, but “if it tells you you are resilient at 4°C, that doesn’t mean you’ll be okay. It means your analysis is crap,” he said. It’s like asking “what would happen if you jumped off a 50-meter cliff and then finding you’d land at the bottom and you’d be fine.”

Economists might disagree, he says, but “their modeling systems, the way they utilize information, only gives them a bit of the picture about what 4°C means.”

Seneviratne, meanwhile, says industry and economic analysts might be missing how different climate change impacts will interact with each other. “Different regions’ risks are interconnected and this means much more risk altogether to society,” she said.

For example, consider the face mask shortage early on in the pandemic or the delays still plaguing the global shipping industry. “We don’t perceive that a few critical areas are responsible for economic supplies,” Seneviratne said. “I see it in Switzerland. We are a rich country but we are quite dependent on supply chains because we rely on imports.”

Compound events, she says, are still not well understood by the public, either. “On top of sea-level rise you have more heavy precipitation and tropical cyclones,” said Seneviratne. “So many coastal communities maybe don’t understand that the risk will be much higher.”

To make matters worse, that narrow understanding of climate risks is often accompanied by an overconfidence in the ability of modeling to produce very granular forecasts. Pitman says central banks that are beginning to test financial institutions on climate risk assume degrees of precision that simply aren’t yet possible. “The argument I hear is that it’s better than nothing,” he said. “That is profoundly false, it is just plain wrong.”

Rainfall is a case in point. Heavy rainfall events are becoming more frequent globally, and will get worse. But this doesn’t mean that every place will experience more flooding. The effect of background warming on local phenomena resulting from changes in storm tracks mean some areas will likely experience much less rainfall, which can be disastrous in a very different way to flooding.

Talking about that uncertainty and the limits of what modeling can currently show has long been a double-edged sword. Climate deniers have pounced on it as a way to discredit climate science.

In fact, the opposite is true. “For me, the remaining uncertainties should be used as an argument for acting as fast as we can,” said Seneviratne.

Photo: Offshore oil supply containers are strewn about after Hurricane Ida’s storm surge swept through Port Fourchon, Louisiana, U.S., on Tuesday, Aug. 31, 2021. More than a million customers in New Orleans and beyond face days or even weeks without electricity during the summer heat after Hurricane Ida devastated the power infrastructure.


Kate Mackenzie writes the Stranded Assets column for Bloomberg Green. She advises organizations working to limit climate change to the Paris Agreement goals. Follow her on Twitter: @kmac. This column does not necessarily reflect the opinion of Bloomberg LP and its owners.