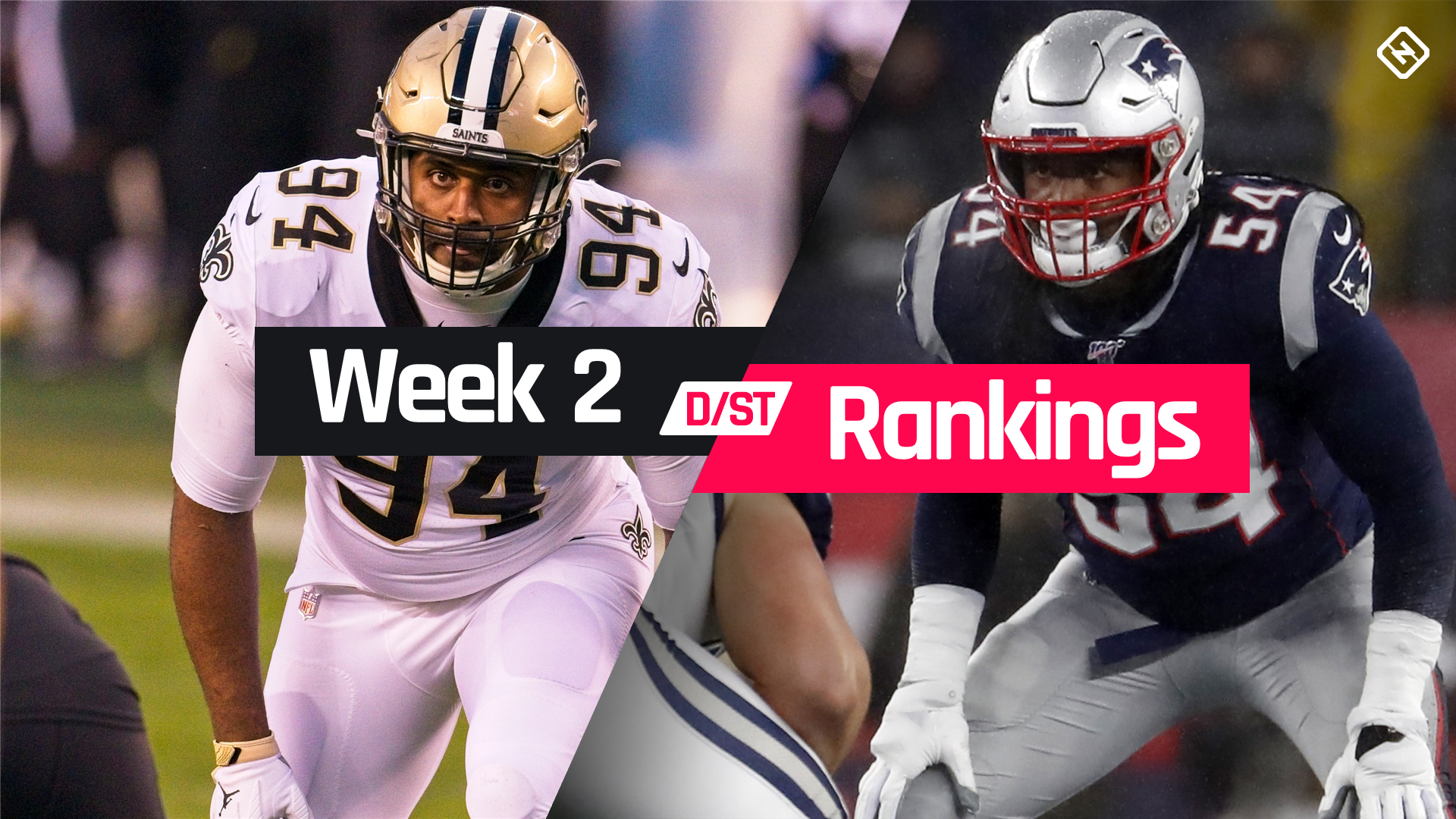 Well, so much for all those things we thought we knew going into the season, right? Oh, sure, we got a few things right — the Lions and Jets are bad, the Seahawks and Cardinals offenses are lethal, and Urban Meyer might be in over his head — but ultimately, there were a ton of surprises (which isn’t really surprising). Of course, fantasy football owners think  hey know it all now, which is even more dangerous. We try to maintain some levity with our Week 2 fantasy defense rankings, but let’s face it, we’re not immune from some overreaction, too. We always preach looking for D/ST sleepers and streamers anyway, but we’re still trying to be cautious as we approach the second week of the season.

For instance, are the Steelers terrible offensively or is the Bills defense just that tough? We’re not sold the Steelers present a “favorable” matchup yet, which is why we’re not vaulting the Raiders to top-15 status. Ditto for the Titans (at Seahawks) and Bills (at Dolphins). That said, we are pretty convinced that the rookie QBs in Jacksonville (vs. Browns) and New York (vs. New England) are going to continue to have growing pains, at least for a while.

Likewise, we’re not worried about the Tampa defense (vs. Falcons) or Indy’s (vs. Rams), though we don’t necessarily love their respective matchups this week.

And there’s that key word — matchups. That’s what it’s all about with D/ST. We certainly still have a lot to learn about both defenses and offenses, but there are a few things we know. It looks Daniel Jones and Jared Goff will continue to be generous to D/STs, which is why we have Washington (vs. Giants) and Packers (vs. Lions) so high despite the latter laying a complete egg against New Orleans. We don’t trust Sam Darnold or Jameis Winston fully yet, so the Saints (@ Panthers) and Panthers (vs. Saints) are both in play as streamers, too. We’re also going to pick on Taylor Heinicke (vs. Giants) every chance we get until he proves us wrong, and we like the Cardinals impressive pass rush enough to put them on the start-sit bubble against the Vikings.

Again, we’ll learn a lot more as we really dig into the numbers this week, but the bottom line is there’s never an excuse for playing a D/ST in a bad matchup — you know, once we figure out what constitutes such a thing.

Note: We’ll be updating these D/ST rankings as needed throughout the week. so check back for the latest movement and analysis.

Fantasy Defense Rankings Week 2: Who to start, sit at D/ST in fantasy football

Where to buy Terra before new upgrade boosts LUNA price

Does Anyone Honestly Believe That Inflation Is “Transitory” Anymore?