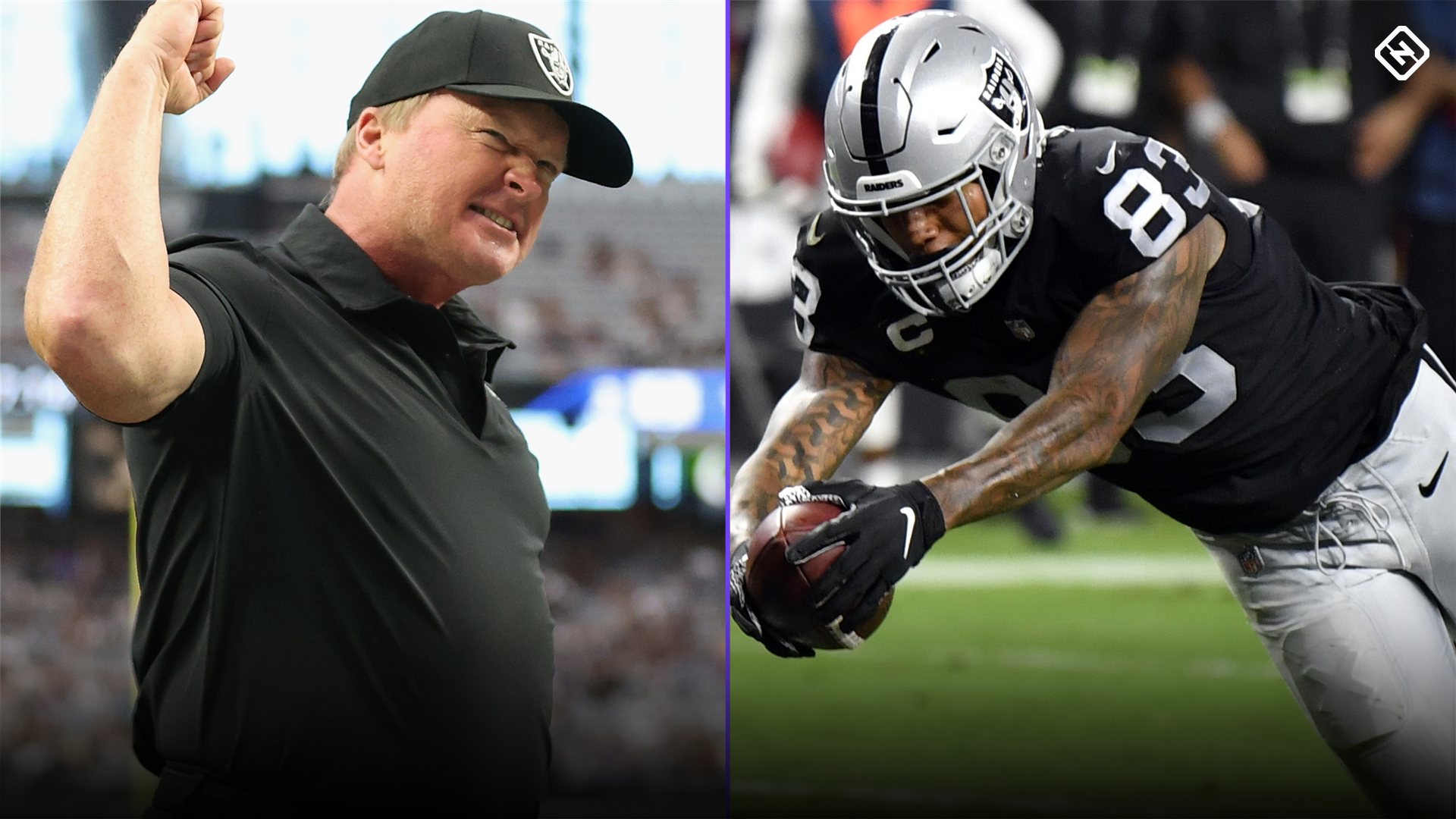 Jon Gruden has coached some of the best receivers to ever play in the NFL. That includes Jerry Rice, Tim Brown, Keyshawn Johnson and Joey Galloway. He also has coached the likes of Ronde Barber, Simeon Rice, Warren Sapp and countless others.

But by his measure, Darren Waller is the best of the bunch.

NFL POWER RANKINGS: Big bumps for Steelers and Saints, but how about that NFC West?​

Gruden discussed his tight end after he was heavily utilized in the Raiders’ 33-27 win over the Ravens. Waller saw a career-high 19 targets, and Gruden was happy that Derek Carr targeted his top weapon so many times.

“We threw it 60 times. If you throw 60 times, you’d probably target him 29,” Gruden said after the game, per Adam Hill of the Las Vegas Journal Review. “He’s the best player I’ve ever coached, so I’m going to continue to look for him.”

MORE: Why Raiders took a delay of game penalty while trying to set up game-winning field goal

That’s some mighty praise for Waller, but it’s certainly warranted. The 29-year-old is one of the best tight ends in football, and he has posted at least 1,145 yards and 90 catches in each of the past two seasons. He stands at 6-6, 255 pounds and has the unique combination of size and speed needed to be a multi-faceted weapon; he’s too big for defensive backs to cover but is too fast for linebackers in space.

Still, Waller was flattered by Gruden’s unexpected assessment of his play.

“Dang, that’s crazy he said that,” Waller said of Gruden’s praise, per The Athletic’s Jimmy Durkin.

Waller may not see 19 targets every week as he did against the Ravens, but he will continue to be the No. 1 target for Carr and the Raiders offense. And whatever he does, he has come a long way both on and off the field since joining the Raiders in 2018.