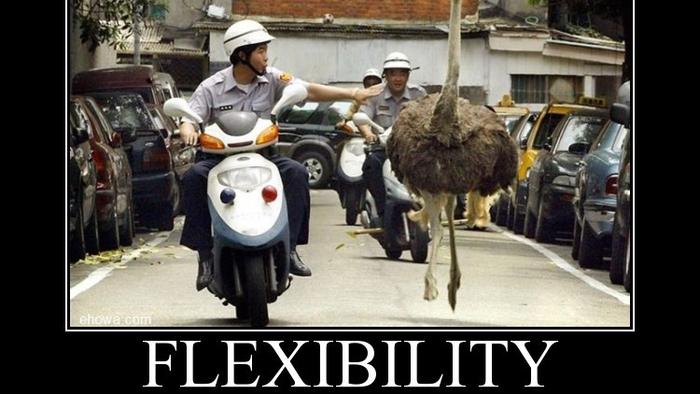 As I’ve matured as an investor, I’ve become less patient with capital that’s earning low returns. This is because I know there’s always another, better story, just waiting to break out onto the scene. I know all too well that there’s an opportunity cost to missing that story. More importantly, experience also tells me that the far bigger and often unspoken cost, is the frictional cost of blasting out of something mediocre at the wrong time to urgently free up capital for that better opportunity.

I like to cycle through my positions and recognize when an idea or theme has matured and needs harvesting. No need to squeeze the last bit of toothpaste out—the middle of the move is good enough for me. More importantly, I recognize when an idea is mediocre and when it’s better to just sit in cash, even if it means that I won’t produce much in the way of performance for a few months, or even a few quarters. The value of instant flexibility is just too valuable.

Over the last few days of August, I pivoted from negligible uranium exposure to a position maximum. Having swung large exposures around for two decades, I’m certainly used to rapidly pivoting. What surprised me, was my ability to max out uranium without making any sales to fund it. Instead, I had the liquidity just sitting there for the opportunity. I didn’t need to figure out how to pay for it. I didn’t need to whack bids in something illiquid to find the room. I simply had the room and I’m talking about a position maximum as well.

Looking back on my career, a younger version of myself wouldn’t have been able to pivot as quickly. I would have had a worse basis in a rapidly ramping position because I would have struggled to figure out which positions to sacrifice. In a fast market, a few days of hesitation are the difference between catching the inflection and paying up dearly for a security in motion. Remember, as an inflection investor, my returns come from catching the inflection right at the inflection point—where I’m taking the least risk as minimal forward expectations are priced in. In a highly competitive stock market, inflecting sectors move explosively—as witnessed by uranium. Speed is my ally, as I want to get my position on as soon as I recognize the change in thesis—paying up and taking offers, is often simply buying tomorrow’s open.

Having just pivoted faster and with less slippage than I can remember, I feel a need to remind everyone that liquidity will be increasingly valuable going forward. Sure, we’re in “Project Zimbabwe” and there’s a temptation to stay maximally long. However, the big money will come from playing my buddy, Kevin Muir’s, “series of rolling bubbles.” Identify the bubble, get there with as much capital as you can free up and ride the multi-bagger before recycling your capital and doing it all over again. Far too much of the market’s mental capital is tied to “forever compounders” when it’s obvious that governments will be increasingly arbitrary with their regulations. It’s only a matter of time before these businesses are also in the crossfire. Besides, most of these businesses are horribly overvalued and over-owned by the indexes.

Fortunately, for inflection investors, we’re in the greatest market environment imaginable. As governments screw up their economies, fixated on fighting germs, inflation, unemployment, social unrest and all the side-effects of government stupidity, the number of future potential crises will only metastasize. Governmental reactions to the fallout from their own meddling will only set more trends in motion. These are the sorts of short-term trends that have explosive outcomes as governments are both malevolent and price insensitive. They’ll both restrict supply while accelerating the demand side. This is the greatest market imaginable if you simply read the news and use a dollop of common sense.

This isn’t a market for grinding out nickels. This isn’t a market for “compounders” that kick along a few percent better than the market. This is a market for taking big swings at explosive trends and keeping spare capital tied up in Event-Driven strategies until the next trend comes along. Surprisingly, I repeatedly see friends screwing around with assets that are going nowhere, tying up their capital when there are much better things to focus on. Then, when a great trend comes along, they’re restricted to a few hundred basis points for a position, when they should be swinging at it with a few thousand.

We all know what the weakest positions in our portfolios are. They’re the stocks we’re limping forward for a few more months for tax reasons, or the stocks where liquidity is crappy and no one wants to pay the spread to exit, or where we want $20 while it’s trading at $19, or where some promised catalyst has been pushed back yet another year. Want me to continue? We all have excuses to keep bad positions around. Every few months, I purge those positions. Otherwise, they build up, like used-up sneakers in my closet. Sure, if I held these positions, I’d have squeezed a few more dollars from them, but I would have missed uranium—which looks to be downright parabolic. I would have missed a bunch of other great plays. Every few months there’s another great set-up. Keeping flexible and keeping liquid while keeping fully invested during “Project Zimbabwe” has been a challenge for me. I know I’m sacrificing returns at times to be able to hit themes hard when they’re ready. Sometimes, nothing comes along for a few months and I wonder if I’m missing out on too much upside—then uranium comes along and I remember why I de-gross and wait for the layups. Fortunately, big returns right out of the inflection, more than make up for what I give up by staying slightly less invested.