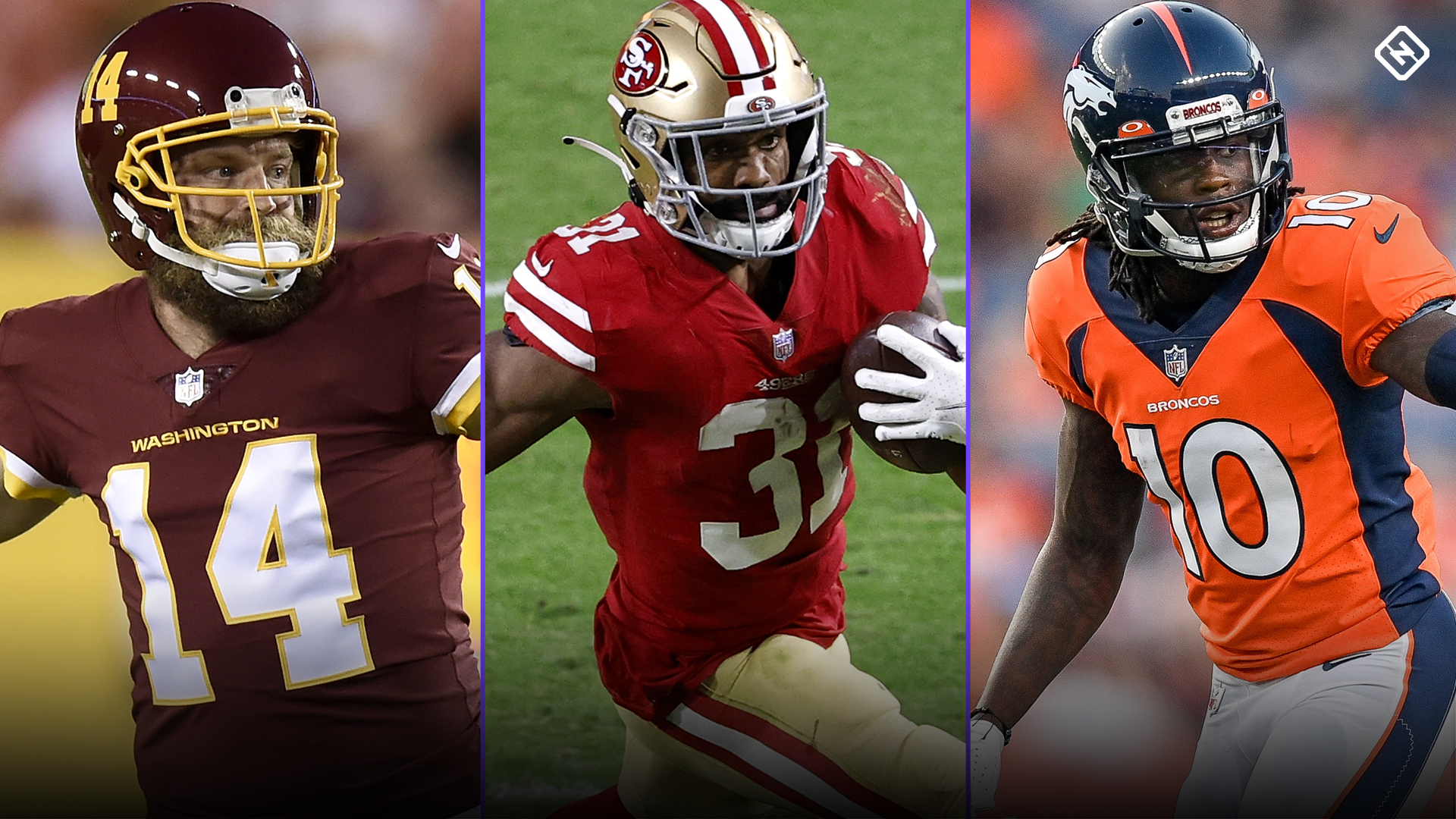 Football season is back, so naturally, gameday injuries are, too. We didn’t see (m)any blockbuster names go down, but whenever a starter is injured, it affects rankings (and waiver pickups) moving forward. Ryan Fitzpatrick, Raheem Mostert, and Jerry Jeudy are all slated to miss time. We wish them the best, but we have to evaluate what it means for the guys behind them. Our first regular season edition of fantasy injury updates provides what we know about each player’s injury timeline and who to target if you were counting on them. You’ll definitely want to work the waiver wire heading into Week 2 in that case. As always, stay tuned for more updates.

Fitzmagic season has been brought to a halt before it could pick up steam. He took a brutal hit in the first quarter of the game against the Chargers and was down on the ground for quite a while. We later learned he suffered what is believed to be a hip subluxation. He will undergo an MRI to determine the severity of the injury, but the hope in nothing is broken. For now, it seems like he’ll at least miss several weeks. There is a chance he could miss a significant portion of the season.

For those in superflex/two-QB leagues, Taylor Heinicke is the next man up in the WFT QB room. He isn’t an exciting fantasy prospect necessarily, but they do have some weapons on that offense. In some superflex leagues, you’ll have to start him because of the scarcity of the position, but if you have the ability, save him for great matchups.

For Week 2, Heinicke is ranked at QB28, but he could certainly move up in the future if he shows out on Thursday Night Football against the Giants.

UPDATE: Mostert is expected to miss “approximately eight weeks” after cartilage damage to his knee.

Here we go again — Mostert is on the injury report. After just two carries in Detroit, Mostert suffered a knee injury. Luckily, the X-Rays came back negative, but he will likely miss a game or two.

Elijah Mitchell flashed in his absence for 104 yards on 19 carries and added a touchdown. He is a top waiver wire pickup heading into the 49ers’ next matchup in Philadelphia. Trey Sermon was a healthy scratch last week, but maybe Mostert’s injury will mean he’ll be out there. If there’s one thing we know, it’s that the 49ers backfield is unpredictable, so don’t just assume Mitchell is “the guy” and Sermon is a “bum.”

Even with that said, though, Mitchell is our RB18 in standard leagues and in PPR while Sermon is at No. 40 in both, respectively, for Week 2.

Jeudy was carted off the field in the third quarter with an ankle injury. Like Mostert, he got good news in the fact it was just a high-ankle sprain, but he’ll likely miss at least a couple games, as well. Prior to his injury, he was targeted seven times and looked to be Teddy Bridgewater’s favorite target.

In his absence, Tim Patrick is a top waiver wire add. Patrick drew four targets (one more than Courtland Sutton), and he looked to have chemistry with Bridgewater. KJ Hamler also saw four targets, but the biggest winner was probably Noah Fant. He saw eight targets and will be relied on more with Jeudy out of the lineup. Still, we expect Sutton to bounce back and be the No. 1 WR in this offense, but there is a lot of opportunity in Week 2 with their matchup at Jacksonville. It’s also worth noting Patrick had a short TD and Hamler dropped a wide-open long ball in the end zone.

Sutton is ranked as our WR18 in standard and WR17 in PPR for next week. Patrick and Hamler receive boosts for Week 2. Patrick is ranked WR47 in standard (Hamler WR60) and WR42 in PPR (Hamler WR58).