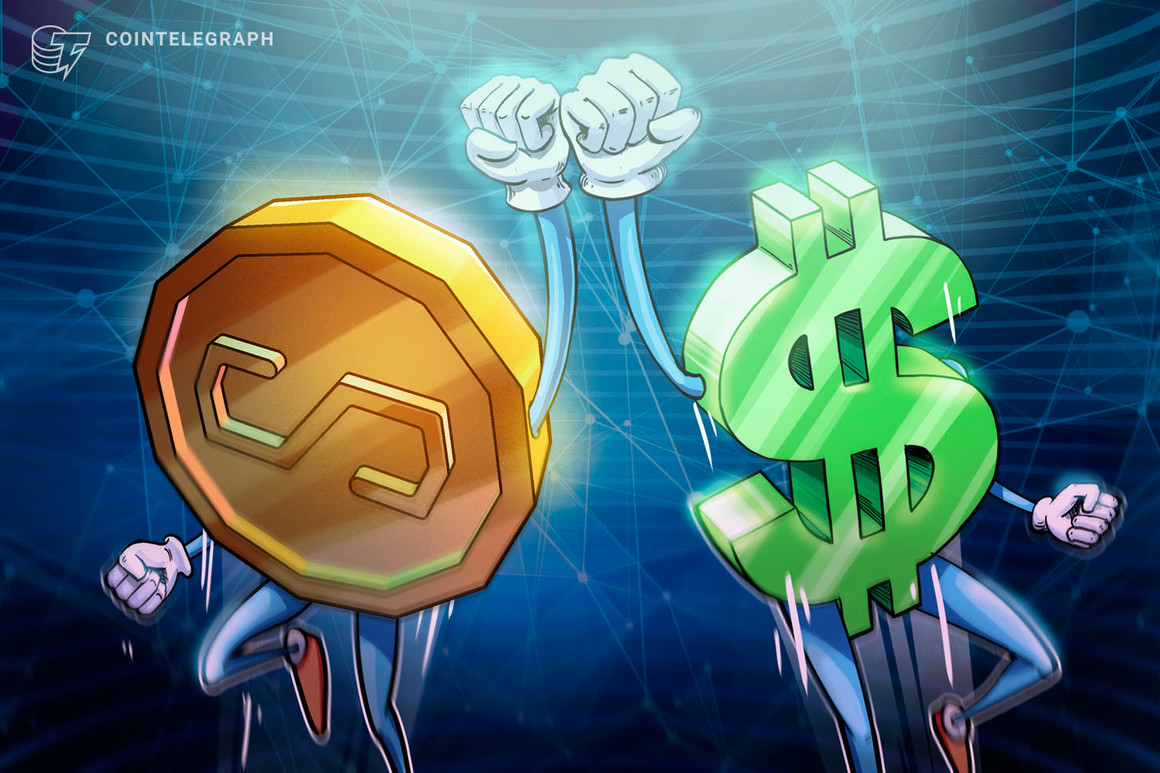 
A sharp sell-off across the cryptocurrency market Tuesday—that saw top tokens like Bitcoin (BTC), Ether (ETH), Cardano (ADA), and Solana (SOL) fall by double-digital percentages—created a venue for stablecoins to prove their worth.

The fixed-price cryptocurrencies offered interim protection to traders from the notorious crypto price volatility. They did so by almost maintaining their one dollar-peg and offering sufficient liquidity to traders that looked for a safety net during the market decline.

Blockchain analytics service CryptoQuant reported dramatic spikes in the stablecoin transfers as the cryptocurrency market cap fell from $2.38 trillion to $2.103 trillion on Tuesday.

For instance, Tether, the leading stablecoin by volume, processed $10.51 billion worth of transactions on Tuesday compared to $4.02 billion on Monday.

Similarly, the second-largest stablecoin USDC, backed by Circle, reported $5.728 billion worth of transfers on Tuesday versus $3.27 billion in the previous session, logging a 74% spike.

At the same time, the net stablecoin supply in circulation remained relatively idle, around $67 billion, showcasing adequate liquidity against demand even in the face of a brutal crypto market decline. As a result, many top stablecoins maintained their 1:1 dollar peg despite logging minor price drifts.

Among the top-10 stablecoins that showed minimal average deviation from their one dollar peg included six centralized, two mixed, and two algorithmic projects.

USDC demand pushed its average valuation by about $0.00196 above a dollar, closely followed by Paxos (PAX), which traded $0.00203 above the same peg.

Similarly, Binance exchange’s native stablecoin BUSD and MakerDAO’s DAI maintain their stability via a dynamic system of Collateralized Debt Positions (CDPs), autonomous feedback mechanisms, and a variety of user incentive structures, was up $0.00244 from its dollar peg.

Tether’s wider demand across the cryptocurrency spectrum also pushed its average deviation up by $0.00244.

Related: Tether promises an audit in ‘months’ as Paxos claims USDT is not a real stablecoin

The data snapshot was taken 24 hours after the Sept. 7 crypto market crash.

In July, Yellen “underscored the need to act quickly to ensure there is an appropriate U.S. regulatory framework in place,” in a meeting with the heads of the Federal Reserve, the Securities and Exchange Commission, the Commodity Futures Trading Commission, the Office of the Comptroller of the Currency and the Federal Deposit Insurance Corporation.

“A sudden mass redemption of [tether] could affect the stability of short-term credit markets […] particularly if associated with wider redemptions of other stablecoins that hold reserves in similar assets.”

But what does a stablecoin market collapse could mean for Bitcoin and similar digital assets? Mike McGlone, the senior commodity strategist at Bloomberg Intelligence, said it would benefit Bitcoin, in particular.

“If the whole market collapse, there is only one safe store of value left: Bitcoin.”

For more about the potential risk of stablecoins, check out Cointelegraph’s latest video report.