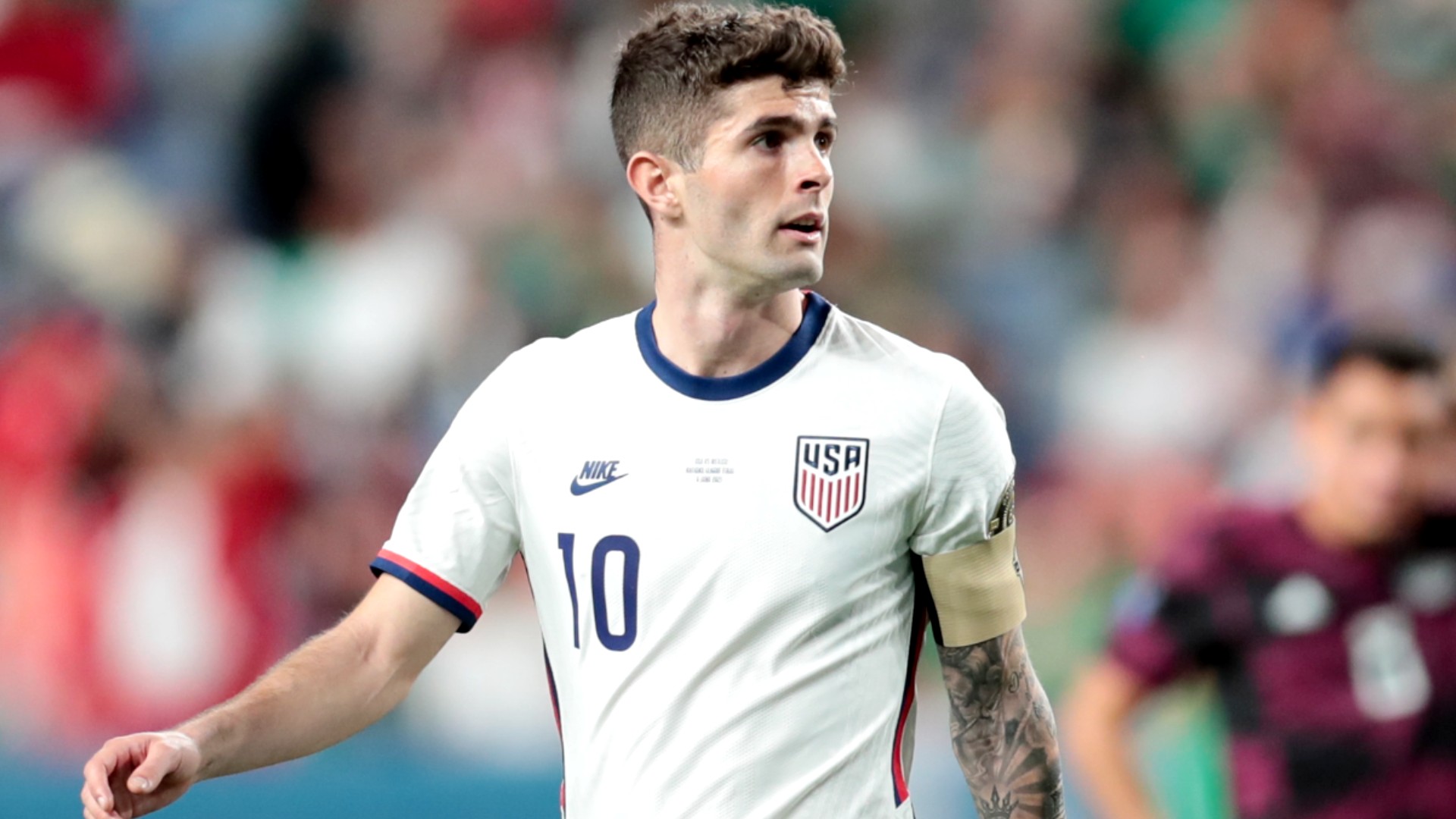 
It all will begin Thursday in the Central American city of San Salvador, in a country that has not been this close to reaching the World Cup in well more than a decade. The United States men’s national team will commence its quest to undo the damage that lingers from missing out on Russia 2018 and set itself up for the 2026 tournament at home and reinvigorate the sport – the men’s brand, anyway — here at home and, ultimately, change the worldwide perception of American soccer.

That’s a lot to throw onto the toes of these 26 young men — very young men — as the final round CONCACAF World Cup qualifying commences. Fair or not, that’s where we are. Some of this is the residue of others’ failures, some the result of their own coach’s promises and proclamations, and some the product of their own estimable performances while wearing the U.S. crest or those of various professional clubs.

That confluence of circumstances has created a crucible for this team led by Christian Pulisic, Gio Reyna, Weston McKennie (below) and Tyler Adams — not one of them yet 23 — that contains the most pressurized World Cup qualifying campaign of any U.S. team, ever.

Yes, that’s right: the most pressure, ever.

“In ‘06, was there pressure? There was a level of expectation. There was definitely some of that then,” ESPN lead analyst Taylor Twellman, who scored the final U.S. goal in that cycle, told Sporting News. “But not to the point you’re talking about, no.

“I’d say it’s pressure, expectation and excitement that’s at an all-time high. Some of it’s the disappointment of 2017 and that game against Trinidad, but also it’s the fact you’ve got a generation of players competing at places that we’ve never seen. What does that look like when they put on the United States men’s national team jerseys?”

Before the Americans were eliminated with a stunning 2-1 loss at Trinidad & Tobago on the final night of CONCACAF qualifying in October 2017 (below), they had competed in every World Cup dating back to 1990. Those who’ve followed the sport here for decades remember the goal known inside the sport as “The Shot Heard ‘Round the World,” scored by Paul Caliguiri to qualify the U.S. for Italia ‘90.

Given the meager audience for the sport at the time, and the fact no American team had reached the World Cup for 40 years at that point, one safely could say all the pressure to earn that 1-0 victory was internal.

The U.S. then was granted automatic entry to the 1994 World Cup as host country. In five subsequent efforts, from 1998 through 2014, their qualification was assured ahead of the final match day each time. The players who earned those berths confronted and conquered significant challenges, though often those challenges were underestimated by those who follow and chronicle the team. Last time around, fans were reminded — or, more often were taught — that every successful qualification should be celebrated rather than presumed.

“I think this is crazy pressure for a number of reasons,” ESPN analyst Janusz Michallik told Sporting News. “In my days, ‘94, we didn’t have to qualify. Then after that, we had some good teams, good players, but the sport was still growing; you’re always going to get that benefit of the doubt.

“Now, the positive turns into that extra pressure. We, at times, boast how well our young players are doing abroad. Our young players are going to the best clubs in the world and, not only that, they perform and play a significant role. There are millions more fans who have expectations. I’m worried because of the expectations. I don’t worry about the level of our team, but I worry because of the inexperience.”

The average age of the group that will commence qualifying is 24, and these players have earned an average of 18 caps. Only defenders John Brooks and DeAndre Yedlin have played a World Cup game. Only six have played in a World Cup qualifier.

But Adams (above) has played in a Champions League semifinal and scored the goal that got RB Leipzig there in 2020. Pulisic won the Champions League with Chelsea in 2021 and was directly responsible for two of the team’s three goals in a semifinal showdown with Real Madrid. Sergino Dest is the regular right back for FC Barcelona. McKennie made 18 starts in 34 games for Italian power Juventus and the club rejected transfer inquiries for him this summer. Reyna won’t be 19 for three months and, in scoring a goal in a Borussia Dortmund victory before the international break, became the youngest player ever to make 50 appearances in the Bundesliga.

“I’m sure in the back of their mind they understand what that pressure is and what it potentially can be as we start to step into these qualifiers with the knowledge that we didn’t make the last World Cup — and what it would mean if we didn’t qualify for two World Cups in a row,” Fox sports analyst Cobi Jones, the USMNT career leader in caps and a participant in qualifying in 1998 and 2002, told SN. “The good thing is, all these players, the majority of them have a clean slate.”

Such national team veterans as Michael Bradley and Jozy Altidore have not been included since 2019. Of the 26 players called in by coach Gregg Berhalter for the first three of 14 games in this qualifying tournament, only Pulisic, Yedlin and midfielder Kellyn Acosta were on the field on that disastrous night in Trinidad. Pulisic (photo below) played the full 90 minutes and scored the only U.S. goal; Yedlin also went the distance. Acosta replaced defender Jorge Villafana in the 72nd minute. Defender John Brooks was injured for much of that qualifying campaign and played only four games.

So many other expected regulars will gain their full introduction to what it means to be CONCACAFed, with sketchy officiating, raucous opposing crowds and frequently substandard playing surfaces.

“I’m wanting to see who are the leaders that are going to step up and carry this team through,” Jones said. “When you talk about the qualifying process, and going through CONCACAF and dealing with that whole different dynamic, we have a few that understand it. Can they transfer their knowledge over as leaders to let everyone know? You talk to anyone that’s gone through this qualifying process, it’s not like anywhere else in the world. It’s not an easy process. Games are different.

“It’s not 5-star, and that’s what some of these players are going to have to realize. Some of the places you’re staying, some of the things you have to deal with, it’s not the best situation. Fields aren’t going to be great … fire alarms going off in the middle of the night, parties outside your hotel at two in the morning. These are all things where they make it difficult.”

Jones made the point that Berhalter has been through this as a player. He knows the (uneven) terrain. Berhalter said he understands that beating Mexico twice in trophy games in a single summer will mean nothing — “it would be a failure,” he said — if the U.S. fails to qualify for Qatar.

“There’s certainly pressure there, but when I talk about the foundation, it’s everything we need to do to get ready to perform at a high level: It’s our culture as a team, our values as a team,” Berhalter told Sporting News. “If we can do those things, we’re confident that we’ll be successful. You almost go on auto-pilot if you’re sticking to your tasks as a player, if you’re in your position. And then the values that you have as a team — you’re competing with intensity, that you’re playing together as a team — these things are really important. We can’t play the moment, as they say. We have to play the game.”

There typically are only six teams involved at this stage, but the process was amended because of the pandemic and now eight are participating. Mexico, as ever, is a force. Costa Rica and Honduras are considered to be rebuilding but still dangerous. Canada has the best generation of players in its history, including 2020 Champions League winner Alphonso Davies (below).

El Salvador has seen its program invigorated by new coach Hugo Perez, a former USMNT player who also coached extensively in U.S. Soccer’s youth national team ranks. The nation has not been involved in the final stage of qualifying since the 2010 cycle and last appeared in the World Cup in 1982.

That’s the first challenge on Thursday for this gifted, young group of American players. It will not be the last.

“It would be naive for me to question whether or not they can handle the pressure of playing for the national team if they’re handling the pressure of playing with Juventus and Chelsea and Dortmund in all this,” Twellman said. “I think it’s different kinds of pressure. People are going to laugh, but playing for your country and coming off a massive disappointment is real pressure. But sometimes ignorance is bliss, and I don’t think a lot of these guys are scarred by that. I think they’re motivated by it. I think that’s a massive difference to have a low point and have that be your motivating factor as opposed to something that has scarred you and will be with you for the rest of your life.”