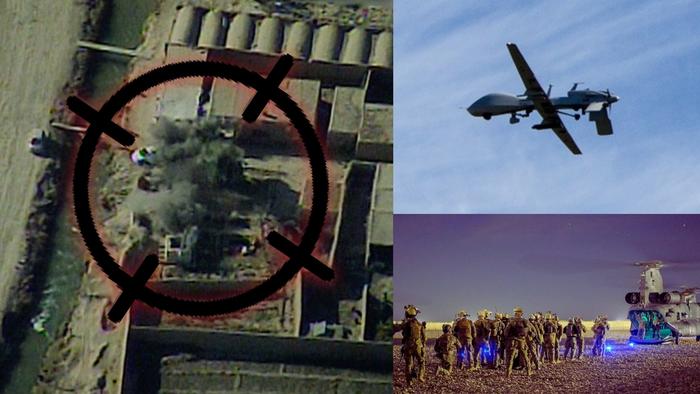 
A group of American drone pilots has leaked footage of “nihilistic” and “punitive” drone strikes in Afghanistan that took place in 2019, and involved the killings of a child and an innocent adult civilian. One soldier described the events depicted in the footage as “killing for the sake of killing.”

It’s just another sad commentary on the barbarity with which the American armed forced treated the Afghans, which ultimately aided Taliban recruitment and helped the group regain control of the country after 2 decades of guerilla warfare.

The footage, published on Tuesday as part of an investigation by military news outlet Connecting Vets, shows how the US eventually “relaxed” its rules of engagement as part of a strategy to pressure the Taliban into surrender.

Some drone operators interviewed by Connecting Vets claimed the loosened rules around air strikes served “no point” and didn’t “make a difference”. One pilot even claimed that it was “killing for the sake of killing.” The strikes also reportedly killed far more civilians than the Pentagon has admitted.

Not only were Afghans targeted with lethal strikes for using or touching a radio, but DOD would kill people if a Scan Eagle pilot thought maybe he saw an antenna sticking out from under his clothes for a moment, or caught (maybe) a glimpse of a tac vest.https://t.co/5ez5wjoJ74 pic.twitter.com/cfO2ji6DuM

It is not like they had developed targeting packets based on intelligence, they never even knew the names of the people they were killing. Rather, these Afghans met a “target engagement criteria” in Helmand during 2019 that marked them for death.

It was a tactic developed to fight ISIS in Iraq, an enemy Army that occupied cities but then this template was brought to Afghanistan and used for a maximum pressure campaign against the Taliban during the Doha negotiations.

One of the drone pilots told me they would fly into new grid squares each day and watch from above, “waiting for them to fuck up,” so they could drop a hellfire missile on someone.

Contrast with this interview I did w/ a Green Beret at the 2015 battle of Kunduz wherein commanders were too scared to drop a bomb on a Taliban tank in the city.https://t.co/QLRUpHFJ64

Another soldier described how he accidentally killed a child and two innocent men when their motorbike veered into the path of an incoming hellfire missile: “My productivity today was derailed. We killed two innocent men and a charger [military slang for a child]. They were on a motorcycle and by dumb luck drove into the same intersection as our target as the hellfire [missile] struck.”

A military official involved in the operation corroborated the man’s account when he spoke to the site on condition of anonymity. While the Afghan with the radio who they were originally targeting – whose name or connection to the Taliban was never discovered – drove off through the smoke like a “Bond villain,” the official said the “two adults and a toddler on the other motorcycle…were killed right off.”

Barack Obama vastly expanded the use of armed drones for counterterrorism during his time in office, leading to killing roughly 3,797 people in various countries. Part of the problem, the soldiers said, is that the military has shifted from using intelligence-driven targeting, to a more aggressive target-acquisition criteria based on what an individual might be carrying – a weapon, or a suspicious looking radio or some other instrument of terror.

To put it directly, when it comes to waging war by drone, it looks like the Biden Administration has picked up where President Obama left off.