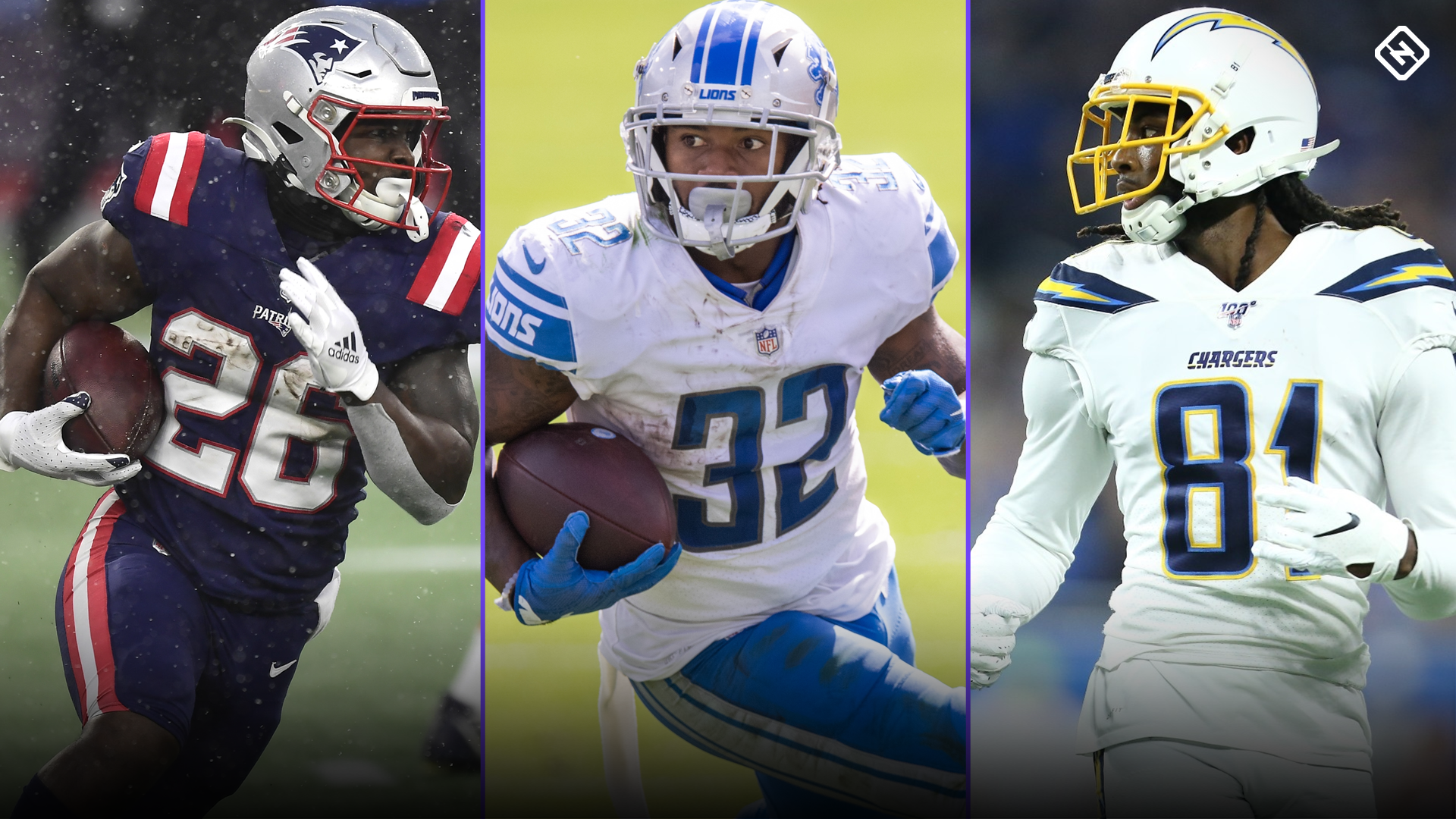 After weeks of D’Andre Swift occupying the Lions’ injury report, the potential breakout RB remains there as we inch closer to Week 1. Veteran pass-catchers Mike Williams and Noah Fant seem to be banged up, and Elijah Moore is just one of many rookie wideouts that have missed practice time this offseason. Julio Jones hasn’t practiced in weeks for the Titans, but he’s back in the news cycle, as well. All injuries need to carry some consideration as we move into the thick of fantasy draft season, but a late-August trade of Sony Michel is creating even more sleeper buzz.

We have the latest news on all these players below. For an updated look at Michael Thomas’ fantasy value, click here; for whether Deshaun Watson is worth drafting, go here.  For position battle news, click here. For all the latest fantasy news, follow us on Twitter @SN_Fantasy

Is Sony Michel a fantasy sleeper after trade to Rams?

Early Wednesday, Michel was traded to the Rams for fifth- and sixth-round picks. It would be surprising to see Michel completely take over the backfield as a workhorse RB even if Darrell Henderson (hand) misses time early, as Michel has been no picture of himself, but obviously he’s in position to be the primary handcuff, and if Henderson is slowed to start the year, Michel could have value.

The best case seems to be a 1A/1B backfield. There’s a chance Michel’s ADP (average draft position) starts to shoot up to unrealistic territory, especially early after the trade report. He shouldn’t be viewed as a reliable starter yet. If it miraculously stays anywhere around RB4/5 range in ADP, he’s worth grabbing in what sets up to be a powerful Rams offense.

As far as the Patriots, this sets up rookie Rhamondre Stevenson as the primary handcuff to Damien Harris, making him an even more interesting sleeper heading into the year.

In our last Swift (groin) update, things seemed more optimistic regarding his Week 1 availability. Now, Lions’ head coach Dan Campbell is sharing concern with how game-ready Swift will be for their Week 1 opener against the 49ers. He’s on track to play by at least Week 2, but a slow start feels rather likely.

The 49ers carry a strong defense into Detroit on Sept. 12, and with the injury worries, Swift may start to fall in your fantasy drafts. How far is too far? It’s important not to overreact to someone’s Week 1 prospects. There’s an opportunity to take advantage here. If Swift does miss Week 1, our 2021 Fantasy Handcuff Chart indicates Jamaal Williams will be in line for an increased role. He’s already among one of the high-upside backups even if Swift does return to full health.

Hello, darkness, my old friend. Williams is back on the injury report. Draft Sharks notes Williams has already suffered six significant injuries since arriving in the league in 2017. Incredibly, he’s missed just two total games over the past three seasons. However, that number can be deceiving. He’s constantly dealing with injury and often leaves games early. When he is playing through injury, he’s usually not effective. This time, Williams is dealing with a hip injury that has kept him out of practice, and he will miss all of their joint practices with the 49ers this week.

If Williams misses time, Josh Palmer and Jalen Guyton are next in line in the wide receiver room, with Palmer being the higher upside play. Williams is our  WR36 in standard and WR38 in PPR. His upside is much higher, but as we’re already seeing, his downside is also high.

Fant is dealing with what Vic Fangio called a “leg issue.” It’s speculated that Fant simply tweaked his ankle in practice, and the Broncos are taking precautions. While his injury is minor, it’s worth monitoring, as Fant’s game is built on explosiveness. Lower-body injuries can surely affect those things. For now, we aren’t inclined to adjust his ranking, but any setback would mean Albert Okwuegbunam takes on a larger role in the Broncos offense.

Fant is our No. 7 TE in standard and PPR

Moore has missed two weeks of practice, and both of the Jets’ preseason games dealing with a quad injury. However, he returned to practice this week and is set to take part in joint practices with the Eagles.

Moore is currently our WR75 in PPR and WR78 in standard. However, he can quickly climb with impressive showings (or a Jamison Crowder injury) as the rest of the offseason progresses.

Jones returned to practice Tuesday for the first time since Aug. 2 as he’s been dealing with a knee injury. His injury isn’t considered to be serious, but it’s Julio Jones — does he really need practice? In Atlanta, he was rarely a regular at practice. The Titans will be extra careful with the aging receiver, so he’ll probably be a mainstay on the injury report during the season. Don’t read to far into this. If he’s on the field come game day, he’ll be productive.

If he misses games during the season, expect a flurry of targets to A.J. Brown. Josh Reynolds will see an expanded role, as well. Jones is our WR18 in standard and WR20 in PPR.