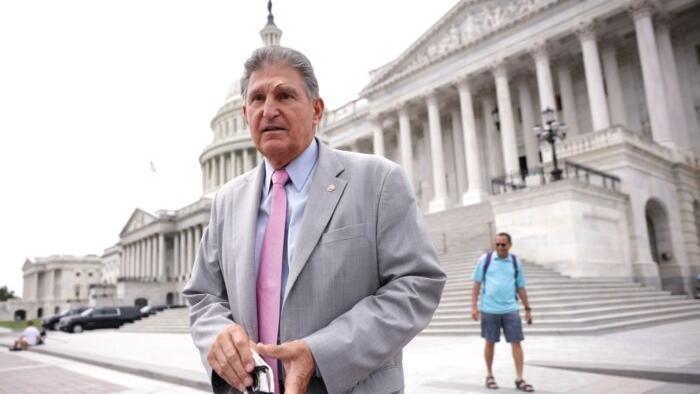 
Authored by Joseph Lord via The Epoch Times,

In a notable break with progressives, Sen. Joe Manchin (D-W.Va.) said in an interview that the coal industry “will be saved, has to be saved, because the country can’t survive without it.”

Others in the Democratic Party have asserted that the coal industry contributes to global warming and that it should be replaced with other sources of “clean” energy like wind turbines, solar panels, and alternative, low-to-zero emission fuels. Sen. Bernie Sanders’s (I-Vt.) budget resolution includes provisions to encourage green energy sources and to discourage traditional energy sources. In 2016, then-presidential candidate Hillary Clinton threatened to put the coal industry “out of business.”

Manchin has long been castigated by some progressives for his moderate policy positions. This defense of the coal industry is his latest break with the left wing of his party.

However, the West Virginia Democrat’s defense of the coal industry is not surprising. According to the U.S. Energy Information Administration, coal is the energy source for a staggering majority of electricity generation in his state.

In May 2021, coal provided nearly five million MWh of electricity to West Virginia, while the next most used source, natural gas, provided less than 300 thousand MWh. Green energy sources in the state provide even less: hydroelectric accounts for 134 thousand MWh and non-hydroelectric renewables (like biomass, solar, and wind) account for only 106 thousand MWh. This means that nearly 91 percent of all electricity in the state is sourced by burning coal. In short, West Virginia would simply not be able to abandon coal over any brief timespan.

Manchin went one step further and repudiated the idea that America’s coal industry was “polluting the world and the climate.” He argued that it “has no effect whatsoever compared to the impact of Asia.” According to the International Energy Agency, this is true. China surpassed the United States in carbon emissions in 2006; by 2018, the country pumped nearly twice as much carbon dioxide into the atmosphere as the United States.

“If you want to help clean up the climate, you’re gonna have to find the technology through innovation to capture the carbon [released from burning coal] and utilize it.”

Moreover, Manchin believes that there will eventually be “a transition” to other sources of energy like atomic fusion, hydrogen gas, and nuclear power. While he looks forward to the adoption of these kinds of alternative fuels, he strongly rejects a sudden transition to these power sources.

This commitment to phasing coal out gradually puts Manchin in conflict with Sanders and other progressives. While presenting the $3.5 trillion budget resolution on the Senate floor, Sanders said that $265 billion would go toward funding an “extremely aggressive” transformation of the U.S. energy system away from fossil fuels.

While Manchin voted before the Senate went into recess to move the bill to debate “out of courtesy to [his] colleagues,” he also said that he was “not making any promises” to vote for it when it came back to the Senate. Beyond opposing this “extremely aggressive” transformation from coal, a move that would hurt his constituents, Manchin has expressed opposition to the extraordinary price tag of the bill and has voiced concerns elsewhere about the effect it would have on the national debt.

Senate Majority Leader Chuck Schumer (D-N.Y.) must hold his thin coalition together to get Sanders’s budget passed. Even if House Speaker Nancy Pelosi (D-Calif.) can calm Democratic disagreement in the House, Manchin’s commitment to protecting the coal industry makes it increasingly unlikely that the resolution will make it to the president’s desk.