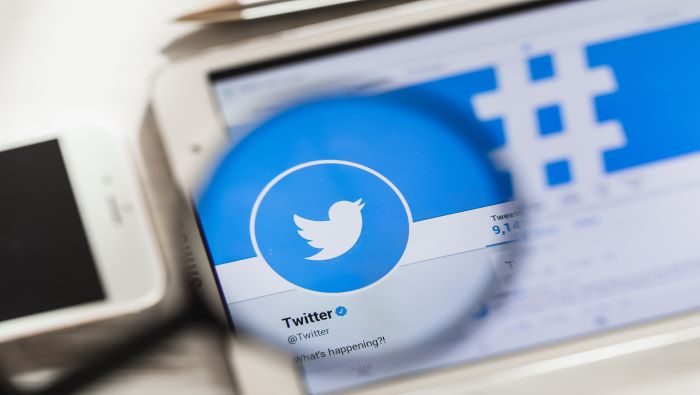 The QE taper talk from the FOMC minutes this week did not bode well for the S&P 500 index as the potential for less support edges closer. Historically, the U.S. summer months do not help the situation with September being the worst performing month as volatility drops (see chart below).

A speedier rate of taper could further hinder SPX bulls while weak Chinese data intensified the downward move. Last week I outlined bearish divergence present on the daily SPX chart which has since unfolded. The medium-term trendline (black) has held firmly as support with frequent unsuccessful attempts to pierce below (blue). Yet again, this area of confluence is being tested which could result in a push off support.

Boost your stock market knowledge with our articles on the types of stocks available, how equities impact the economy, and getting started with stock trading. 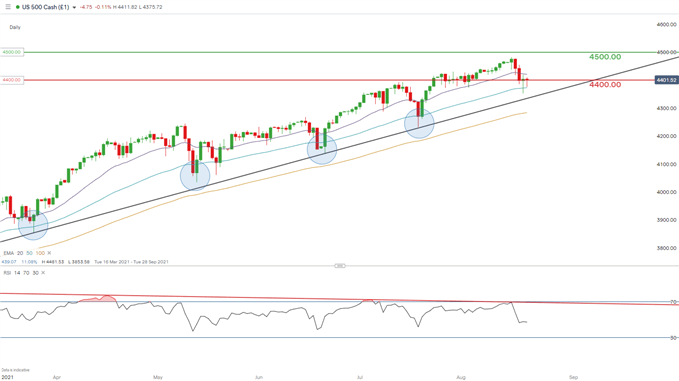 The Australian dollar is officially the worst performing major currency against the U.S. dollar for 2021 (see graphic below). Last week’s positive employment figures did little in the way of support for Aussie bulls as the pair reached fresh yearly lows.

With commodity prices slumped as a result of global risk aversion due to geopolitical tensions and COVID-19, the U.S. dollar has powered through as a safe-haven alternative. Taper talk and strong U.S. employment prints have given further impetus to the upside move. The week ahead will be firmly set on the Jackson Hole Symposium for further guidance. 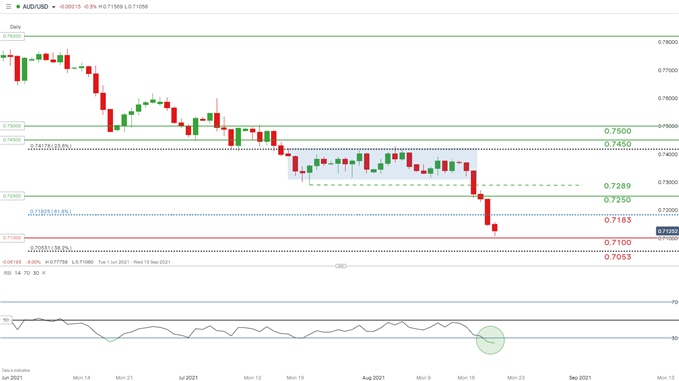 A clean rectangle pattern (blue) breakout led to a sustained downfall of the AUD/USD currency pair. Key Fibonacci levels at 0.7183 (61.8%) could not defy bearish momentum which has the pair hovering around the 0.7100 psychological level. Oversold signals are apparent on the Relative Strength Index (RSI) as highlights in green which could suggest a possible reprieve as markets await additional fundamental directives.

The much awaited Jackson Hole Symposium next week may be a non-event because the Fed is likely to wait for continual positive employment data before relaying more concrete policies and design of the taper. The actual start date of the taper could have minimal impact while the aforementioned sequence is what markets will look to for direction.

The current dot plot shown below is unlikely to change just yet as the focus remains on tapering and not tightening of monetary policy. That being said, higher inflation and persistent positive employment reports may prompt the Fed to alter this view.

— Written by Warren Venketas for DailyFX.com