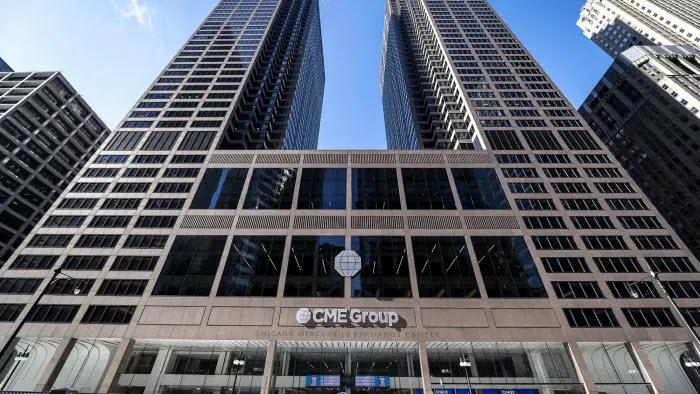 
Chicago’s CME has approached crosstown rival CBOE Global Markets about an all-share deal to acquire the owner of the VIX indices for nearly $16BN, the FT reports. A takeover – which would likely trigger various anti-trust concerns – would merge two of the most important names in global financial derivatives; as a result, the CME would diversify its product lines far beyond futures and options contracts related to such commodity markets as oil and wheat as well as US interest rates.

According to the report, CME, the world’s largest futures exchange operator, has offered 0.75 of its own shares for every Cboe share. The price would value Cboe at around $150 per share, around 20% above its current price of $123.

The CBOE, which was formed out of a predecessor of CME in 1973, owns the VIX indices and contracts, as well as equity options exchanges, three stock exchanges and an extensive share trading and clearing business in Europe.

The rationale behind the transaction is likely to capitalize on the surge in derivative trading observed in recent months as armies of retail investors have shunned plain vanilla stocks and have flooded option trading. As the FT notes, volumes of equity options trading have soared in the past year as fund managers have looked to ride the rebound in equity markets from the coronavirus-induced crash of March 2020. Retail investors have also piled into commission-free trading in options offered by brokers like Robinhood which reports earnings after the close. The S&P 500 stock index has doubled in the past 18 months, while volume in options on technology stocks such as Tesla, Apple and AMD has soared.

OCC, the US’s main options clearing house, said last month it had seen a record July, with nearly 800m contracts cleared, up 29% on the same month a year before. Average daily volumes for the year are up 42% at 37 million contracts per day, the clearing house said.

A deal would likely trigger monopoly concerns: in 2019 just over half of the $35BN in revenues the industry generated came from just five exchange operators — CME, Intercontinental Exchange, London Stock Exchange Group, Deutsche Börse and Nasdaq — according to Burton-Taylor International Consulting. Should the deal be completed, it would be the CME’s largest acquisition since its $7.9bn cash-and-shares purchase of the New York Mercantile Exchange in 2008.

CBOE shares spiked on the news and were halted before dipping and getting halted again.