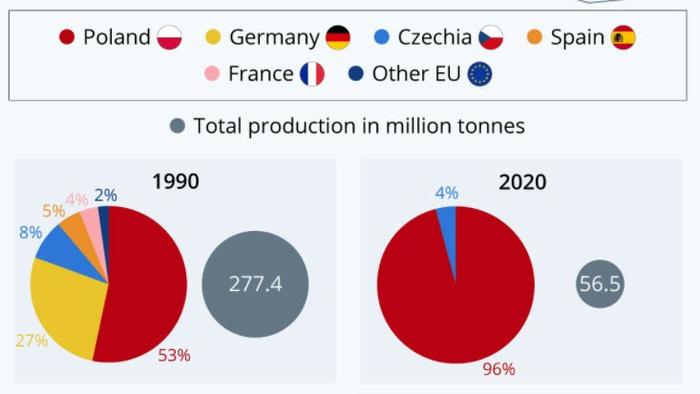 
Coal has been experiencing a gradual death in the EU over the last few decades, at least in terms of production on European soil.

New figures from Eurostat show that in 1990, EU production totaled 277.4 million tonnes and as Statista’s Martin Armstrong shows in the infographic below, that has fallen steadily since, with just 56.5 million tonnes in 2020, churned out almost exclusively by Poland.

Germany is the most notable absence from the 2020 figures, having accounted for 27 percent 30 years ago.

While production in Czechia has halved over the time period, it was the only country alongside Poland to contribute towards the industry in 2020.

Spain, France and all other member states have also disappeared in the latest figures.