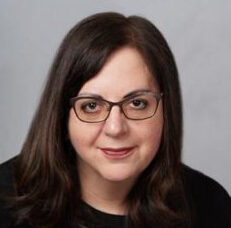 
New York’s top financial regulator, Linda Lacewell, is planning to step down as the state grapples with fallout from Governor Andrew Cuomo’s resignation.

Lacewell, the state’s superintendent of financial services, will resign effective Aug. 24, she said in a memo to colleagues Friday. She will also resign from the Metropolitan Transportation Authority’s board on the same day, according to a statement from Tim Minton, the MTA’s acting chief communications officer.

How New York Became a Leader in State Cyber Regulation

New York State Department of Financial Services (DFS) Superintendent Linda Lacewell spoke with Elizabeth Blosfield during an episode of the Insuring Cyber Podcast about how she has always seen New York as a leader in cybersecurity and innovation.

“When I came into DFS…it quickly became apparent to me that the waves of innovation are crashing on the shores of everything that we regulate,” she says, adding that she believes “cybersecurity is the biggest risk for government and industry bar none.”

“With a new governor about to take office, it is time for me to move on and make way for new leadership,” Lacewell said in the memo to New York’s Department of Financial Services.

Hochul said this week that she will replace all Cuomo staffers implicated in the attorney general’s report. James’s report said Lacewell sometimes helped the governor respond to complaints about his behavior.