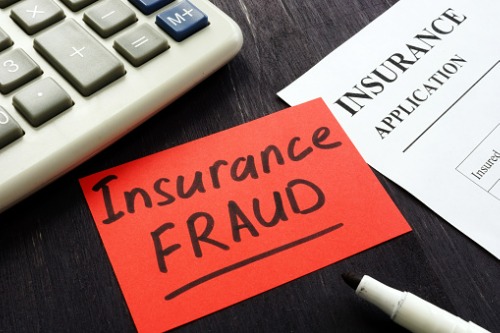 
A woman has been added to a state’s “insurance fraud most wanted list” for failing to appear three times in court over her felony charge for insurance fraud.

The Office of the Insurance Commissioner of Washington State said that Jenefer Fish, 49, did not show up in King County Superior Court on three occasions to face charges of filing a fraudulent claim. A bench warrant for the Auburn, WA native’s arrest was issued on July 19, with bail set at $1,000.

Fish was charged by insurance commissioner Mike Kriedler’s Criminal Investigations Unit (CIU) following an investigation into her case. According to the investigation, Fish damaged her 2019 Chevrolet Spark at a storage facility in Puyallup in January 2020. She then purchased an Esurance auto insurance policy at the scene of the accident and filed a claim later that evening, claiming that the collision occurred after the policy took effect.

To file her claim, Fish provided photos and documentation to Esurance – but these only gave away that the accident occurred before her car was covered. The damage to her vehicle was estimated to be $5,621. She later admitted to her insurer that she purchased the insurance after the accident, and asked to withdraw the claim. As part of state law, Esurance then referred the case to the CIU.

The Washington State insurance commissioner has warned that insurance fraud costs the average family between $400 and $700 in additional premiums. The official also encouraged the public to contact local law enforcement and the CIU if they have any information that may lead to Fish’s arrest.