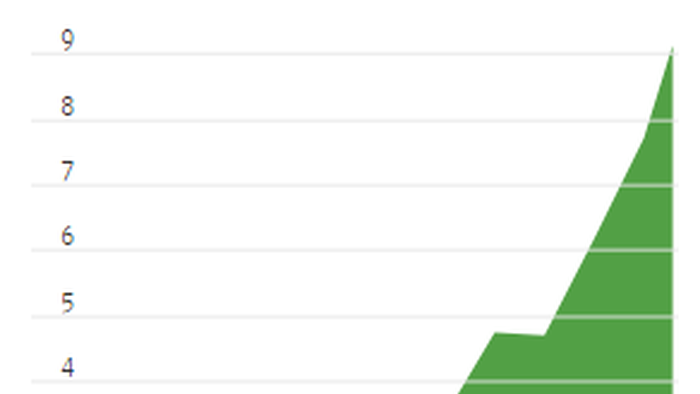 
We have extensively covered the investing landscape drifting into ETFs over the last decade, most often to note how they can sometimes act as the “tail wagging the dog” for their underlying components, and also to occasionally point out that the rise of passive investing into such funds could result in poor liquidity in a case where markets once again become volatile.

Now it seems like these caveats are worth noting more than ever, as the Wall Street Journal pointed out this week that total ETF assets have eclipsed $9.1 trillion, citing data from Morningstar.

Net inflows this year are already almost over the $736.5 billion that moved into ETFs during 2020. Most of the inflows have went to “cheap, index-tracking funds, with large-cap and short-term bond ETFs, as well as products offering inflation protection,” the Journal noted.

Vanguard has brought in $224 billion throughout the first seven months of the year, 45% more than competitor Blackrock. Two of Vanguard’s funds brought in a majority of the cash: the 500 Index Fund and the Total Stock Market Index Fund saw inflows of $32.3 billion and $23.4 billion, respectively, this year so far.

Vanguard has 6 of the Top 10 funds by inflows this year, while Blackrock managed the other four, the Journal points out.

Actively managed ETFs – the most notable of which we always write about is ARK Invest’s ARKK Innovation fund – are also on the rise. Investment banks like J.P. Morgan are in the midst of launching their own actively managed ETFs. J.P. Morgan is even in the process of converting some of its mutual funds into ETFs in 2022. The assets being moved total $10 billion.

Matt Bartolini, head of SPDR Americas Research at State Street, says $800 billion in inflows in 2021 isn’t impossible. He concluded: “With such dazzling flow totals in a short period of time, it begs the question of how high flows could get in 2021. Particularly if ETFs can make it into the four commas club.”