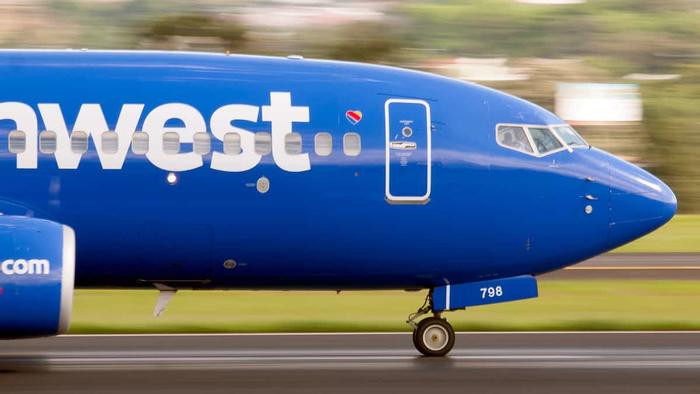 
Southwest Airlines Co. shares slid more than 2% Wednesday premarket after it warned of a slowdown in bookings and increased cancellations in August, driven by the COVID-19 Delta variant means an unlikely profitable third quarter, according to a company statement.

After turning a profit in July, the carrier may find it “difficult” to achieve profitability over the three months through September.

“Based on the assumption that COVID-19 cases remain elevated in the near-term and current revenue trends in August continue into September, the company’s current outlook for third-quarter 2021 operating revenues has worsened by an estimated three to four points from its previous outlook three weeks ago, compared with third-quarter 2019,” said a company filing.

Southwest expects third-quarter operating revenue to be down 15% to 20% versus 2019, a reduction of about three to four percentage points from its prior outlook issued in July.

Weeks ago, Southwest Airlines CEO Gary Kelly told CNBC’s “Squawk on the Street” that “we have a good shot of profitability for the third quarter as a whole – so there’s no effect on our demand right now from the Delta variant, and hopefully that will continue to be the case.”

At the time, Kelly was probably right on the guidance, but it’s only been in the last two weeks that government fearmongering and return of COVID restrictions across many states has resulted in people masking up once again, canceling trips, and shelter in place as the virus returns with a vengeance.

Last week, budget airline Frontier Airlines Holdings Inc. warned about softness in its bookings because of the virus.

In the past week, ticket sales were 51.4% lower than in 2019, a drop of more than five percentage points compared to mid-July, according to data from Airlines Reporting Corp.

The latest softening of the airline industry has made it difficult for the S&P Airline Index to regain the daily 200sma.

Maybe the silver-lining is that after a couple of quarters of surging demand, forcing ticket prices higher, the latest slump in the industry will result in lower prices.