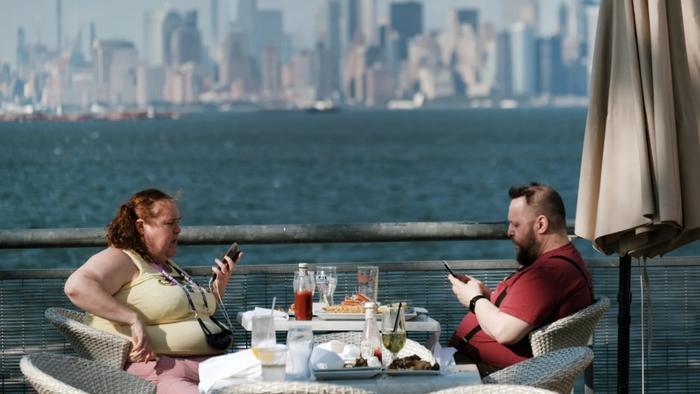 
Maybe it was the rare laudatory op-ed in the thoroughly anti-de Blasio New York Post that inspired the mayor to impose even more restrictive COVID measures, but after being criticized for his refusal to order mandatory masking in NYC, Mayor Bill de Blasio is reportedly planning new measures that double-down on his “vaccine-focused” approach to combating the delta variant.

After the Bay Area and Louisiana each adopted mandatory mask rules, it appears Mayor De Blasio is doubling-down on his vaccine-focused approach, ordering even more restrictive policies. According to the NYT, the mayor plans to announced that NYC will require proof of vaccination for people participating in a range of indoor activities, from indoor dining to going to the gyms and performances on Broadway and elsewhere. The mayor’s plan is “his latest attempt to spur more vaccinations”, the NYT said, as the city’s adult vaccination rate hovers at just 66%.

To facilitate this, NYC will be creating its own vaccine passport. Notably, the unvaccinated will still be allowed to dine outdoors.

As part of the new program, New York City will create a health pass called the “Key to NYC Pass” to provide proof of vaccination required for workers and customers at indoor dining, gyms, entertainment and performances.

This measure is similar to a policy imposed in France by President Emmanuel Macron his health advisors. The NYT said the policy allegedly inspired millions in France to book vaccination appointments.

In France, people will soon have to show a health pass — providing proof of vaccination or a recent negative test — to visit indoor bars, restaurants and gyms. It has already been implemented at amusement parks, theaters and venues hosting more than 50 people. In New York City, proof of vaccination will be required and there will be no testing option.

The restrictions in France prompted millions of people to book vaccine appointments and also sparked a series of protests among people who said it infringed on their personal liberties.

The program will start later this month after a transition period, will take full effect in mid-September when schools are expected to reopen and more workers could start returning to offices. So, anybody who wants to work out in NYC gyms will need to be vaccinated. Notably, Equinox and SoulCycle, two of the more popular upscale gym chains operating in the city, said earlier this week that they would require proof of vaccination.

Per the NYT, “the policy is similar to mandates issued in France and Italy last month and is believed to be the first of its kind in the United States.”

Some critics, including Donald Trump Jr., slammed the policy as creating a two-tiered society.

Democrats and the media want a two-tiered society where millions of law-abiding Americans are segregated and discriminated against.

Mayor de Blasio has been reluctant to reinstate mandatory masking despite the criticism, though he did “encourage” New Yorkers to wear masks. It looks like this decision to “double down” on the vaccine first approach is an attempt to one-up the mayor’s critics. And as the NY Post points out, the mayor might be on to something: As the NYP explains, “requiring even the vaxxed to mask up eliminates a major incentive to get jabbed in the first place, and increasing vax rates is the best way to keep COVID from doing deeper damage.”