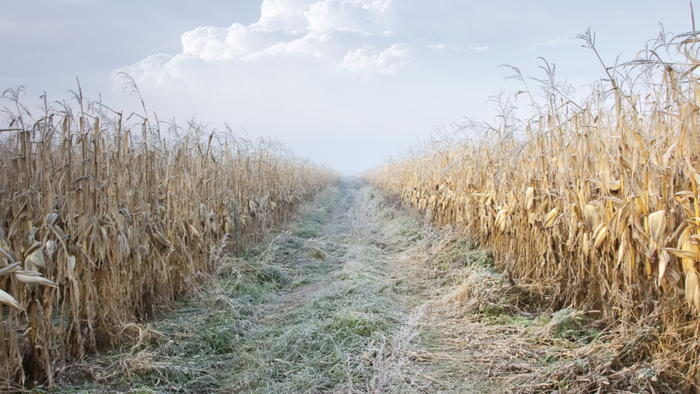 
An agriculture nightmare plays out in Brazil as drought and frost cause second corn yields in the country’s center-south to hit their lowest level in 10 years. Crop losses due to unfavorable weather may result in shortages and persistent food inflation due to Brazil is a top player in global corn production.

Reuters, citing a new report via agribusiness consultancy AgRural, said drought then frosts destroyed much of the crop this year. Brazilian farmers expect to harvest around 51.6 million tons of corn, down 19 million from last season’s 70.5 million.

Brazil’s heavily exported second corn crop, planted after soybeans are harvested, is the country’s top corn crop and accounts for about three-fourths of production in a given year. Brazil, the number three producer in the world, competes with the US in Asian markets.

“Failure of the 2021 corn crop, planted with much delay due to the later soybean harvest, was the result of the lack of rain in most of the producing areas in April and May,” AgRural said. “The frost starting at the end of June and lasting until now reduced yields and also caused quality problems.”

Corn prices may remain elevated due to the prospects of a dismal second corn yield in Brazil, along with drought concerns in the US corn belt.

Besides corn – citrus trees, coffee, and sugar cane in Brazil have also been heavily impacted by adverse weather conditions.

Due to unfavorable weather conditions worldwide, wreaking havoc on farmlands, the likelihood of food inflation abating anytime soon is unlikely.

Julio Jones trade details: Why the Titans traded for the Falcons WR after injury-plagued 2020 season

Why did Lakers’ LeBron James switch his jersey number from 23 to 6?

Quinn: Living In A Potemkin World