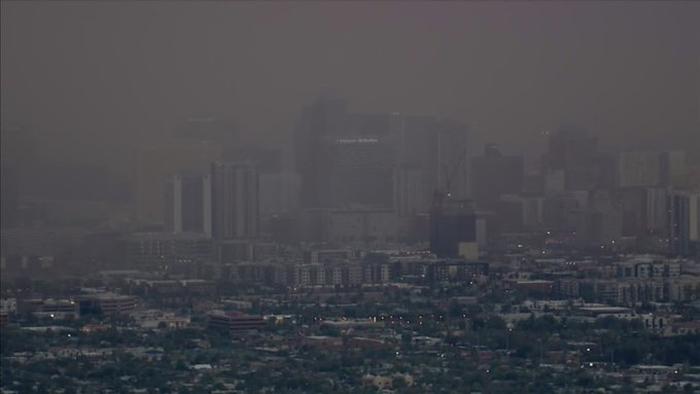 
On Tuesday evening, massive walls of dust rolled through the Phoenix Metropolitan Area, promoting the Arizona Department of Transportation to warn drivers to stay off roads as visibility was heavily impacted.

Just before 7:30 pm local time, the National Weather Service in Phoenix said the dust cloud was blowing into the Phoenix area and would impair visibility.

WATCH: A dust storm made its way over #Phoenix tonight. Did you see it!? pic.twitter.com/RmJooCfzfG

A time-lapse of the Phoenix dust storm shows visibility was impacted.

Here’s another view of the “wall of dust.”

The latest data from the US Drought Monitor shows much of Arizona is in some form of a drought.

As for the drought situation in the western half of the country, it’s severe and alarming, and lands are transforming into fallow wastelands.

Julio Jones trade details: Why the Titans traded for the Falcons WR after injury-plagued 2020 season

Why did Lakers’ LeBron James switch his jersey number from 23 to 6?