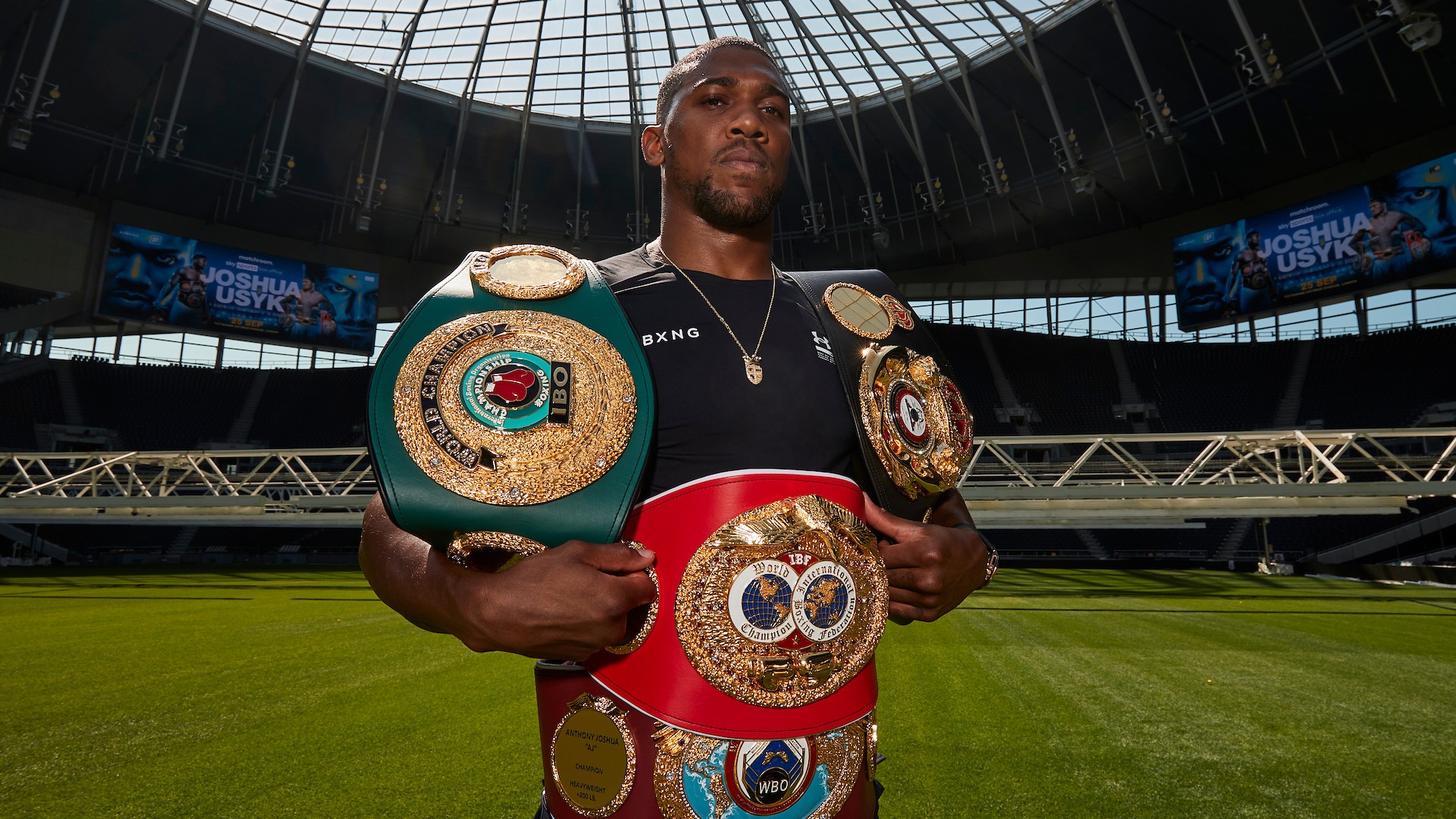 Joshua expected to have his long-awaited showdown with WBC champion Tyson Fury to determine an undisputed champion. However, an arbitrator ruled in favor of Deontay Wilder to get his third fight with Fury before Joshua could. Instead of waiting to see the outcome, Joshua decided to step into the ring with a dangerous opponent in the form of WBO #1 contender Usyk.

The undefeated Usyk (18-0, 13 KOs) is a highly decorated champion that captured Olympic gold in 2012, turned pro a year later and became the fourth male boxer in history to simultaneously hold the WBA, WBC, WBO and IBF titles. He’s currently ranked on multiple pound-for-pound lists. After becoming the undisputed cruiserweight champion in 2018, Usyk made the jump to heavyweight and has victories over Chazz Witherspoon and Derek Chisora.

But Usyk’s next heavyweight fight will certainly be his toughest against a fellow 2012 Olympic gold medalist who happens to be one of the best heavyweights in the world.

Joshua (24-1, 22 KOs) is coming off of a devastating knockout of Kubrat Pulev last December and will hold a significant height, reach and power advantage over Usyk. Recognized as one of the best finishers in boxing, Joshua will aim to add another name to his impressive resume as he awaits his opportunity to hold all four heavyweight belts.

Here’s what you need to know about Joshua vs. Usyk, including the start time, price and updated betting odds.

When is Anthony Joshua vs. Oleksandr Usyk?

Anthony Joshua returns to the squared circle on Sept. 25, live from Tottenham Hotspur Stadium in London, England. It is fighters’ first bout in the stadium.

Joshua last fought in December and scored a 9th round knockout against Kubrat Pulev while Usyk is returning to the ring for the first time since last October when he defeated Derek Chisora by unanimous decision.

Joshua vs. Usyk live stream: How to watch the fight

For those in the United States, Joshua’s fight will be held live on DAZN on Sept. 25.

For new monthly subscribers, you can sign up for DAZN for $19.99 per month, or the discounted rate of $99.99 per year. The bout will also be available on Sky Sports Box Office for UK viewers at £24.95.

How much does Joshua vs. Usyk cost?

For those opting for live stream, the fight can be streamed on DAZN for $19.99 per month or $99.99 for the year. DAZN’s viewing package includes live fights, on demand content and future bouts.

Where is Anthony Joshua’s fight?

Joshua fights for the first time as a professional at the Tottenham Hotspur Stadium in London, England.

All of Joshua’s fights have taken place in the UK outside of his fights with Andy Ruiz: the first fight took place at Madison Square Garden in New York City, while the follow-up bout took place in Diriyah, Saudi Arabia.

According to FanDuel, Joshua is the favorite at -280, which means it will take a wager of $280 to see a profit of $100. The former undisputed cruiserweight champion currently sits as a +205 underdog, despite being undefeated. But with only two heavyweight fights in his career, oddsmakers see Usyk as a nearly two-to-one underdog. A $100 wager on Usyk would return a $205 profit.