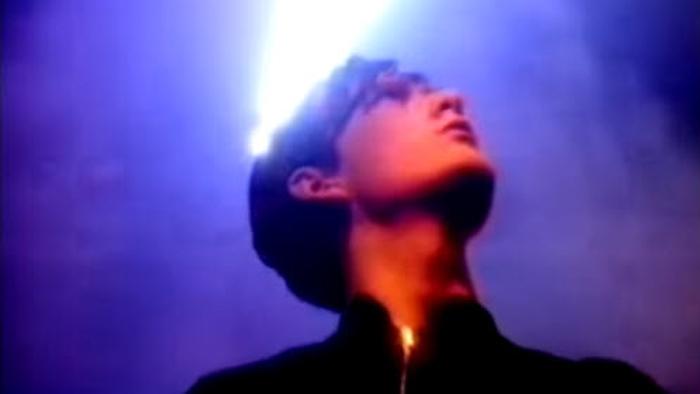 Sorted Out for QEs and Biz

Equities and bond yields swung on little news yesterday: if you checked in early things were going up; a few hours later they crashed; and then they decided to take off. US 10-year yields dropped as low 1.13% before closing at 1.22% – on not much data and much more Delta. Equity markets love their highs, but really can’t handle it when they have to come down: it’s easier just to try to stay high – and that’s a theme we see all over.

Jeff Bezos went into Spaaaaace in an appropriately priapic rocket, at an apparent cost of $5.5bn, prompting former presidential candidate Tulsi Gabbard to tweet: “Bezos, please stay up there. Do the world a favor”. NASA’s chief also stressed there is a new Cold War Space Race, and “If we’re going to get on the moon before the Chinese do, we’re going to have to have some more money.” Timely public-sector lobbying given $3.5 trillion is in play? Or US national security taking a backseat to billionaire ego (again)? Market response: “Where is this month’s QE?”

Angela Merkel got Nord Stream 2 – but also a reported US side “deal” that would mean Germany taking “unspecified national action” against Russia if the latter uses energy as a weapon against Ukraine. Yet the Atlantic Council argues under the 2009 EU Gas Directive NS2 supply must be unbundled; and Article 36 only allows exemption if NS2 increases competition, enhances security, and is not be detrimental to competition or the effective functioning of EU gas supply. As such: “Even if a German regulator gives way to Russian interests and greenlights the pipeline into full operation, the Commission—as the Guardian of the Treaties—will have no choice but to resist, backed up by many member states and ultimately supported by the EU Court of Justice.” What a Debbie Downer on Angie’s Energy Upper. Market response: “Where is this month’s QE?”

Likewise, Treasury Secretary Yellen has stated stablecoins will be regulated “quickly”; and the EU is proposing to ban anonymous crypto transactions, as well as cash transactions over EUR10,000. Bitcoin remains just below $30,000, but looks to be in a politically-decaying orbit. And can you smell the CBDCs coming? The Financial Times is pushing them today, and ahead of the game –as it is for the moon?– China is pressing ahead with eCNY for the Beijing Olympics: which a smattering of US Senators are saying they don’t want US athletes to use for national security reasons – while US billionaires are silent. Market response: “Where is this month’s QE – and what do I put it in if not crypto?”

China’s largest property developer, Evergrande, is certainly looking down – which matters even after the Anbang, HNA, Huarong, Ant, and Didi heuristics. Property/construction *is* the Chinese economy, and its largest store of household wealth; yet the firm has a vast level of debt; and a massive chain of counter-parties/suppliers; and is trading as if it is going to crash – which some believe would be China’s Lehman moment if it were to happen. Hence in the eyes of most on the ground, it won’t: but what isn’t clear is who will then be paying, and how? Then again, that’s the question almost everywhere, isn’t it? Market response: “Where is this month’s QE?”

Which is a segue to another attack on the “dangerous addiction” to QE from a former governor of the Bank of England – even as we all know what will happen when we don’t have it. Which is not an argument *for* QE, to be completely clear.

Given it is the height of summer, and would have been festival season pre-Covid, my mind turned to Pulp today thinking about this key topic – the British band that is. Their ‘Common People’ is almost a second national anthem – and more so when Tulsi Gabbard also tweeted: “As the billionaires/power elite look down upon our planet they believe they own from their heavenly perch, regular folk struggle to pay the rent and put food on the table. Never has the divide between the elite and the rest of us been so stark.” Moreover, frontman Jarvis Cocker lives in legend for his anti-establishment stage-crashing response to Michael Jackson’s messianic performance at the 1996 Brit Awards. So please take the B-side lyrics to that famous Pulp single below as an equivalently-toned, liquidity-and-coming-down-related retort – presenting “Sorted Out for QEs and Biz”:

“Oh, is this the way they say the future’s meant to feel? Or just twenty thousand new penthouses near Spitalfields?

And I don’t quite understand just what this feeling is; But that’s okay ’cause we’re all sorted out for QEs and biz;

And tell me when the green-ship lands ’cause all this has just got to mean something-ing;

Oh, in the middle of the ‘fight’; It feels delightful, but then tomorrow morning; Oh, oh, then you come down, oh

Oh yeah, the pirate video told us what was going down; as did the warnings from some upright bloke in London Town

Oh, and no-one seems to know exactly where the end is; But that’s okay ’cause we’re all sorted out for QEs and biz;

A four percent normal world seems very, very, very far away; All right, in the middle of the ‘fight’; It feels alright, but then tomorrow morning; Oh, oh, then you come down, oh

Everybody asks your game; They say we’re all the same and now it’s; “Nice one,” “Green-er”; But that’s as far as the Build Back Better went

Oh, what if you never come down?