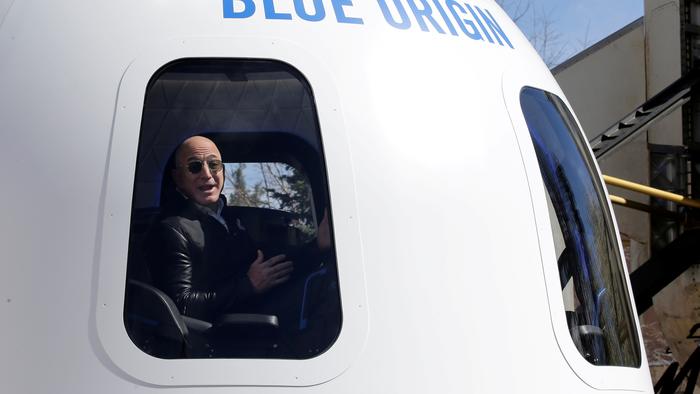 
On Sunday, Sir Richard Branson was the first billionaire in space. The next could be Amazon founder Jeff Bezos on July 20. Bezos will be joined by Mark Bezos (Jeff’s brother), Wally Funk (82yo aviator), and newcomer Oliver Daemen (18yo high school student).

Bezos’ Blue Origin revealed Thursday that newcomer Daemen replaced the winner of the auction for a rocket ride with the billionaire to low Earth orbit, who wished to remain anonymous, due to “scheduling conflicts.”

Too busy for space? What on God’s green earth would someone who paid $28 million for a roundtrip pass to space be doing that is more important?

“The winner of Blue Origin’s auction, who has asked to remain anonymous at this time, has chosen to fly on a future New Shepard mission due to scheduling conflicts,” Blue Origin’s press release stated.

While the anonymous person may have developed so-called cold feet, Daemen is ecstatic to go to space with Bezos.

Bezos announced last month he would be headed to space – explaining this is something he “wanted to do all my life.” But billionaire Branson, last Sunday, ended up beating him.

Branson’s video promoting trip was more of a promotional stunt than anything else, reactions on the ground were less enthusiastic. On Monday, his company, Virgin Galactic, slapped the market with a secondary offering and shares have been falling ever since.

As the billionaires duke it out for who can go to space first, or maybe as Bezos might prove, who can go the furthest – what seems odd is that at the very last minute, one of his crew members has backed out.

Meanwhile, tens of thousands of people have signed petitions calling to prevent Bezos from returning to Earth next week.