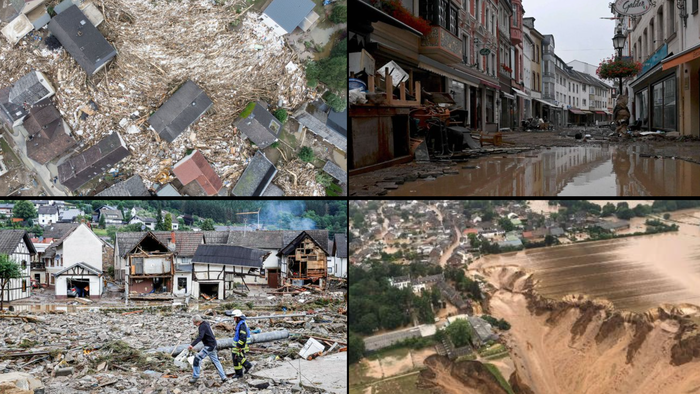 
At least 1,300 people are still unaccounted for Friday after flash floods in western Germany and Belgium left more than 100 dead and several towns devastated. Rescue efforts continue for the second day as the true extent of this tragedy is only being revealed as floodwaters recede.

According to CNN, 103 people have died in Germany following torrential rainfalls that swept through the country on Wednesday and Thursday. So far, authorities are saying that 1,300 people are missing and the Europe-wide death toll is 117.

The death toll in Rhineland-Palatinate, a southwest German state bordered by France, Belgium, and Luxembourg, has soared to at least 60, the state premier Malu Dreyer said Friday.

Dreyer said there was bad news every hour as rescue efforts continue to find more bodies.

“We have 60 dead to mourn at the moment, and it is to be feared that the number will rise even further,” she told reporters, adding, “We have not yet reached the stage where we can say that situation is easing.”

Andreas Friedrich, a German weather service spokesman, said the weather event had “very severe precipitation” and was equivalent to about two months of rain.

Axios said, “the rainfall amounts had around a 1% chance of occurring in an individual year, making it a 100-year rainstorm.”

Thousands of people are homeless as the damage outlined in the tweets below shows entire towns were hit with a wall of water.

On Thursday, Prime Minister @MorawieckiM spoke with German Chancellor Angela Merkel. The PM offered all necessary #assistance in connection with the #flood situation in the country. #Poland #Germany #Support

Here in Germany, dozens have died in floods, hundreds are missing, thousands have lost their homes. It’s devastating. This is the climate crisis unravelling in one of the richest parts of the world — which for a long time thought it would be “safe”.
No place is “safe” any more. pic.twitter.com/ECtqpmlYi2

Towns in western Germany were devastated by the floodwaters.

Rhine water levels are expected to recede in the coming days, but barrage traffic will be disrupted until next week.