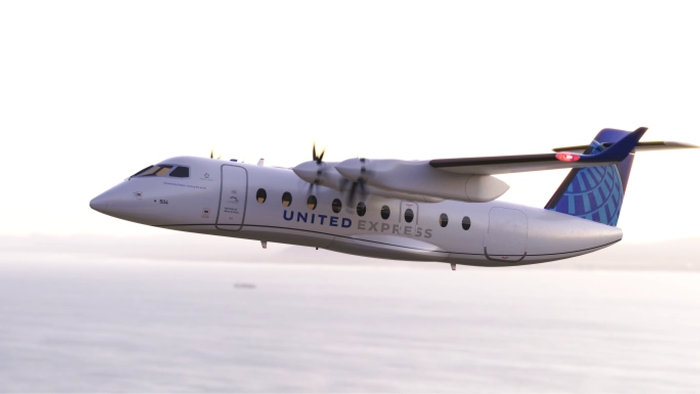 
United Airlines’ move to reduce emissions has landed it with the plan to purchase 100 small electric passenger planes that will one day be used for regional flights. United has an ambitious net-zero greenhouse gas emissions goal by 2050.

United released a press release Tuesday that stated it plans to buy 100 of Heart Aerospace’s ES-19 aircraft, a 19-seat electric airliner, for regional travel up to 250 miles.

“We recognize that customers want even more ownership of their own carbon emissions footprint,” Michael Leskinen, United’s Vice President Corp Development, said in a release.

“We expect the short-haul regional air travel market to play a key role in the evolution of the electric aircraft. As battery technology improves, larger-gauge aircraft should become viable but we’re not going to wait to begin the journey,” Leskinen added.

There was no timeline on when the ES-19 would be commissioned into service, but United said these planes would fly regional routes out of its more than 100 hubs across the US. Some of the first routes could be Chicago O’Hare International Airport (ORD) to Purdue University Airport (LAF) and San Francisco International Airport (SFO) to Modesto City-County Airport (MOD).

“We couldn’t be prouder to be partnering with United on taking our ES-19 aircraft to market. I can’t imagine a stronger coalition of partners to advance our mission to electrify short-haul air travel.”

Besides United, some other airline carriers, including Delta and American have committed to carbon neutral by 2050.

Aviation has become a major focus of decarbonize efforts in the great post-COVID reset. The industry is a significant source of carbon emissions and a challenging sector to decarbonize.

As for long hauls, such as a transatlantic flight, there has yet to be a proven electric passenger plane, equivalent to a Boeing 777. So in the meantime, it seems as carriers will concentrate on electrifying small regional aircraft.

While this seems terrific for the environment, we wonder if the power sourced to charge these planes will come from green energy or possibly fossil fuel plants. That remains open for debate.

To show readers where things are possibly going, the European Union made some absurd claim Wednesday morning that it plans to ban gasoline and diesel cars within the next two decades.