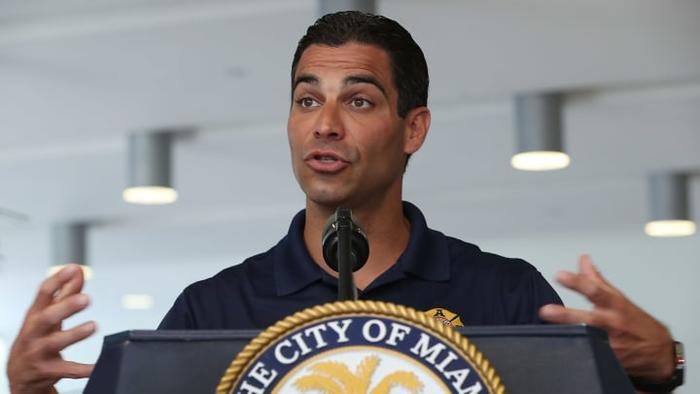 In the wake of anti-government demonstrations in Cuba, many US officials are calling for Washington to intervene. The mayor of Miami has gone as far to suggest that the US should consider bombing Cuba.

In an interview with Fox News on Tuesday, Mayor Francis Suarez argued in favor of US military intervention and listed examples of previous US wars that involved airstrikes. When asked if he is suggesting that the US bomb Cuba, Suarez said, “What I’m suggesting is that option is one that has to be explored and cannot be just simply discarded as an option that is not on the table.”

What should be being contemplated right now is a coalition of potential military action in Cuba similar to what has happened in both administrations in both Republican and Democrat administrations. And Republican–with Bush in Panama, they deposed Noriega. And that country had peaceful democracy for decades. And you had interventions by a Democratic president taking out Osama bin laden in Pakistan. It’s a sovereign country where they took out a terrorist and saved probably thousands, if not hundreds of thousands of lives. And president Clinton in Kosovo intervening in a humanitarian issue with air strikes.

In a separate interview with Fox Business News on Tuesday, Suarez again argued for US military invention. “The US has intervened in Latin America in numerous occasions and has been very successful,” he said.

Echoing the Cold War, Suarez said Cuba is a threat to the US because it is “exporting communism throughout the hemisphere.”

“Air strikes in Cuba” are now being floated on The News tv channel pic.twitter.com/IMjn4N3WoO

Luckily, it doesn’t appear that the Biden administration has any plans to invade or bomb Cuba. The State Department said Tuesday that it is looking at ways to “support” the Cuban people but is downplaying the impact of the decades-old US embargo on Cuba.