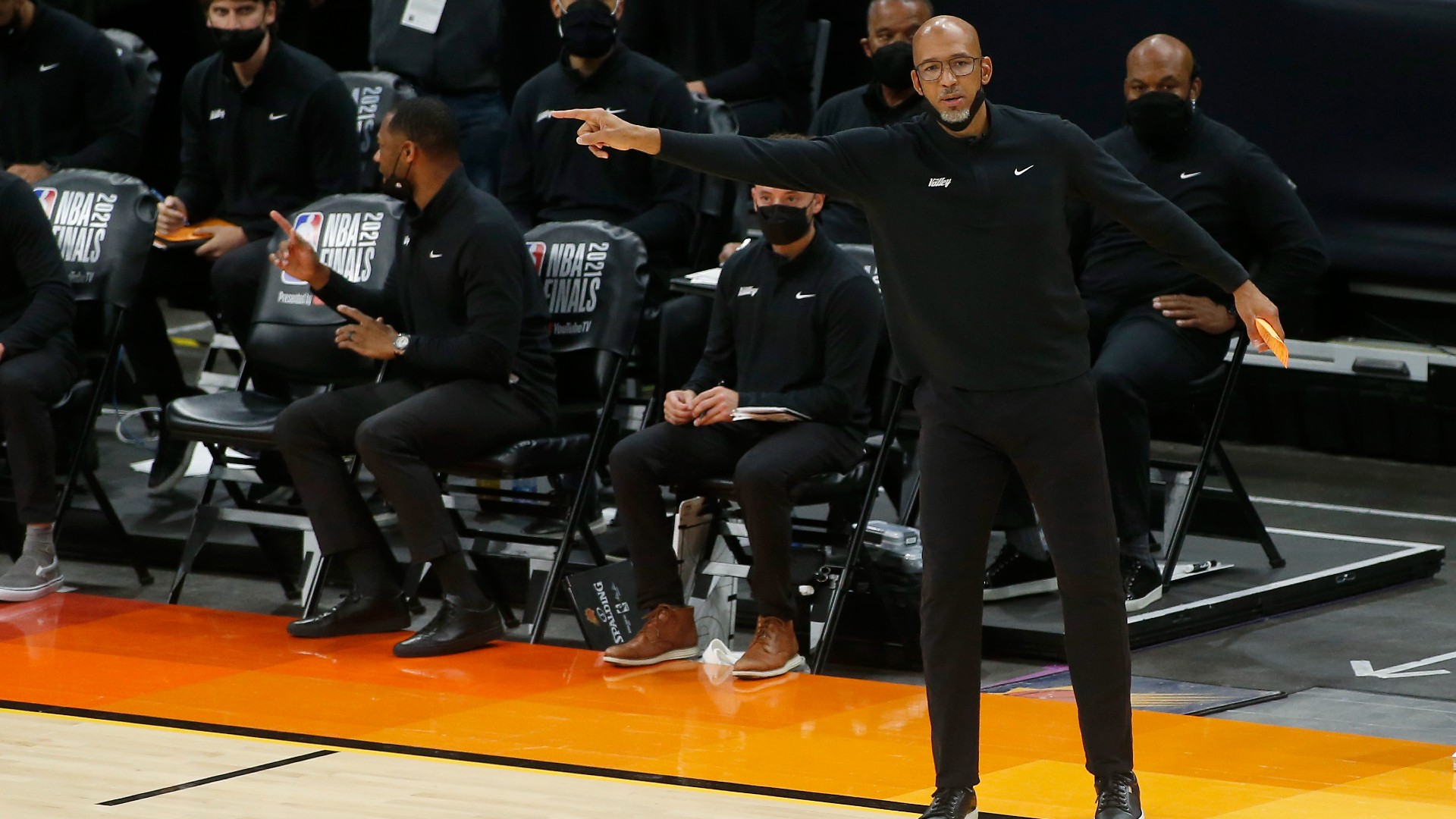 Suns coach Monty Williams didn’t go as far as lobbing outright criticism at the officiating crew that worked Game 3 of the NBA Finals, but he did have some, uh, observations.

Following the Bucks’ 120-100 win on Sunday night, Williams was asked about the difficulties in putting together a strong frontcourt rotation with Deandre Ayton stuck on the bench. The 22-year-old center got off to a hot start, scoring 12 of his 18 points in the first quarter, but he struggled with foul trouble in the second half.

Ayton was subbed out after picking up his fourth foul with 10:25 remaining in the third quarter and pulled again after being called for his fifth foul with 8:54 left in the final frame. He played just 24 total minutes in Game 3.

“I’m not going to get into complaining publicly about fouls. Just not going to do that,” Williams said during his postgame media availability. “But you can look — we had 16 free throws tonight. One person had 17. So [Ayton] is — we got to learn from that. We got to beat guys to the spot. He’ll grow from this, I promise you he will.”

Suns coach Monty Williams on Deandre Ayton’s foul trouble, and the free-throw discrepancy between the Suns and the Bucks pic.twitter.com/ausWiegG0h

Phoenix attempted 16 shots in the restricted area all night and GIannis attempted 12 by himself. Just based on that you’d expect them to have similar FT volume. https://t.co/pkuamPcdcm

When asked how he can guide Ayton through foul issues, Williams chose his words carefully, but he clearly intended to send a message about what he perceived to be inconsistent calls.

“Yeah, that’s a tough one. I don’t even want to go there,” Williams said. “It’s pretty self-explanatory. We got to figure out or define what is a legal guarding position because there are times where he can move his hands out of the way, but it’s hard to tell a guy what to do when somebody is running into you, you know what I mean? I don’t know what a legal guarding position is at times.

“But they were aggressive and we have to give them credit. I’m not going to sit here and complain about a team that is aggressive. But we have to understand how the refs are calling the game and then adjust to that. There’s a ton of physicality in the game, for sure, but as far as teaching him, we got to look at the film and see where he can have better body position and pick up some charges when they present themselves.”

Williams may receive a call from the league office regarding his comments, but if a little gamesmanship gives the Suns a better whistle in Game 4, he won’t care all that much about the consequences.