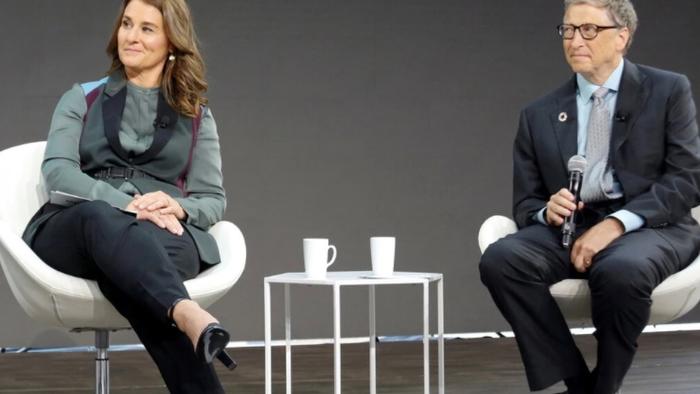 
Could a schism at the Gates Foundation eventually lead to Melinda French Gates launching her own rival philanthropic giant?

In its latest update on the negotiations happening between Bill Gates and his ex-wife, the New York Times reports that Gates will likely get full custody of the foundation that bears his name. As the NYT points out, the Gates’ have referred to the foundation as their “fourth child.”

Suzman added that if French decides she can’t continue to work with Gates after two years, that she would be gifted her own pool of capital to start her own foundation. In other words, if the two decide they can’t peaceably co-parent the foundation, Bill will buy out his ex-wife.

“They have agreed that if after two years either one of them decides that they cannot continue to work together, Melinda will resign as co-chair and trustee,” Mr. Suzman said in a message to foundation employees Wednesday. If that happens, he added, Ms. French Gates “would receive personal resources from Bill for her philanthropic work” separate from the foundation’s endowment.

In a statement to the NYT, Melinda French focused on the important governance changes underway at the Gates Foundation, including expanding its board of directors beyond their close circle (longtime director Warren Buffett recently resigned from the board).

While Suzman said he couldn’t say exactly how much Melinda Gates would receive in the event of a buyout, he acknowledged it would be a “significant” sum.

The NYT also raised more questions about governance at the foundation, citing the arguments of former employees of the foundation who cited the substantial tax benefit these foundations receive. This benefit means they are, in a way, responsible to the public, and therefore oversight should suit the public’s interest, not solely those of the founder.

“Given that founders receive a substantial tax benefit for their donations, the assets the board oversees should be regarded as belonging to the public, with the board being held accountable to a fiduciary standard of care,” wrote Alex Friedman, the former chief financial officer, and Julie Sunderland, the former director of the foundation’s Strategic Investment Fund.

“We’re trying to do this in a very careful and deliberate manner, thinking for the long term,” Mr. Suzman said in an interview.

Melinda Gates already has her own separate business entity, Pivotal Ventures, to pursue her own investments, apart from her husband’s group, Gates Ventures (the bulk of the Gates’ wealth is invested under Cascade Ventures, Bill Gates private family office, which incidentally is America’s largest owner of private farmland).

As far as improving oversight at the foundation, their first post-divorce task will be approving changes to the foundation’s governance structure by the start of next year.