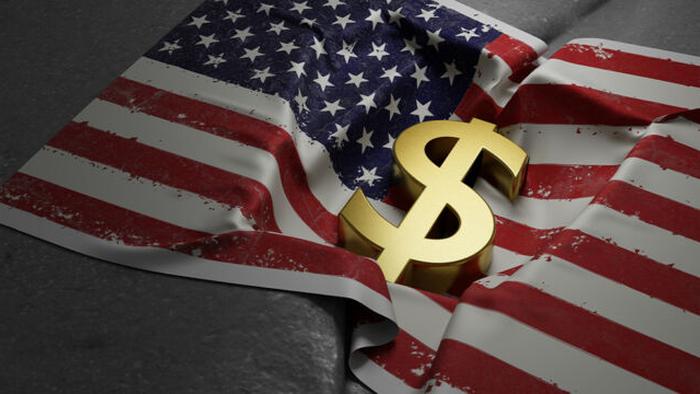 When the Federal Reserve announces that it’s going to make billionaires even wealthier with some new financial spew, those betting that stocks will never go down because the Fed has our back are front-running the Fed.

There are two remarkable assumptions at the heart of momentum and front-running: The momentum herd and those front-running the herd base their behavior on the assumption that there will always be other rich people who will sell all the shares they want to buy at today’s prices before the run-up to new highs.

Front-running and the Greater Fool Theory

The second assumption is that there will also be a large enough sub-herd of rich people who will buy all the shares they want to sell at the top, just before the bubble pops and the value of the newly purchased shares falls in half.

There are various ways to state this, but the bottom line is that momentum and front-running are only profitable if you sell at the top, just before the bubble bursts.

Those trading momentum and front-running the herd/Fed are making a remarkable assumption, an assumption which is visible in a great volume of financial-media content: the stock market, we’re told, will continue to make new highs like clockwork until some point in the third or fourth quarter, at which point there may well be a spot of bother, i.e., a crash.

The assumption is that all the rich people who own stocks will be so splendidly stupid that they will hold their shares until the crash and then sell them at prices far lower than they can fetch today.

Put another way, the market participants who decide this is close enough to the top to liquidate their positions today and not wait around for the crash to wipe them out assume that that the herd of other rich people who will be delighted to buy their insanely overvalued shares at today’s prices is large enough to absorb all their selling with no downward pressure on valuations.

In other words, the assumption being made is: I can wait until just before the crash to sell, because there will be boatloads of splendidly stupid rich people who will buy all the shares I want to sell at today’s lofty prices — or higher, and this liquidation won’t push valuations off a cliff.

As a general rule, people don’t all become rich by being splendidly stupid, i.e., failing to anticipate what other rich people are about to do, and so this raises the question: what if everyone in the market realizes it’s now the moment to front-run the crash?

The risks arise from the disconnect between the precariousness of the manipulated market and the extreme confidence punters have in its stability and predictability. This stability is entirely fabricated and therefore it lacks the dynamic stability of truly open markets.

Markets that are being distorted/manipulated to achieve a goal that is impossible in truly open markets — for example, markets that only loft higher with near-zero volatility — lull participants into a dangerous perception that because markets are so stable, risk has dissipated.

Another source of risk in distorted markets is the illusion of liquidity.

The Illusion of Liquidity

In low-volume markets of suppressed volatility, participants are encouraged to believe that they can buy and sell whatever securities they want in whatever volumes they want without disturbing market pricing and liquidity.

In other words, participants are led to believe that the market will always have a bid due to the near-infinite depth of liquidity: no matter how many billions of dollars of securities you want to sell, there will always be a bid for your shares.

In actual fact, the bid is paper-thin and it vanishes altogether once selling rises above very low levels. Heavily manipulated markets are exquisitely sensitive to selling because the entire point is to limit any urge to sell while encouraging the greed to increase gains by buying more.

The illusions of low risk, essentially guaranteed gains for those who increase their positions and near-infinite liquidity generate overwhelming incentives to borrow more and leverage it to the hilt to maximize gains.

The blissfully delusional punter feels the decision to borrow the maximum available and leverage it to the maximum is entirely rational due to the “obvious” absence of risk, the “obvious” guaranteed gains offered by markets lofting ever higher like clockwork and the “obvious” abundance of liquidity, assuring the punter they can always sell their entire position at today’s prices and lock in profits at any time.

In the Fed We Trust

On top of all these grossly misleading distortions, punters have been encouraged to believe in the ultimate distortion: the Federal Reserve will never let markets decline again, ever. This is the perfection of moral hazard: risk has been disconnected from consequence.

In this perfection of moral hazard, punters consider it entirely rational to increase extremely risky speculative bets because the Federal Reserve will never let markets decline. Given the abundant evidence behind this assumption, it would be irrational not to ramp up crazy-risky speculative bets to the maximum because losses are now impossible thanks to the Fed’s implicit promise to never let markets drop.

This is why distorted, manipulated markets always end the same way. First, in an unexpected emergence of risk, which was presumed to be banished; second, a market crash as the paper-thin bid disappears and prices flash-crash to levels that wipe out all those forced to sell by margin calls, and then the collapse of faith in the manipulators (the Fed), collapse of the collateral supporting trillions of dollars in highly leveraged debt and then the collapse of the entire delusion-based financial system.

Amidst the ruins generated by well-meaning manipulation and distortion, the “well meaning” part will leave an extremely long-lasting bitter taste in all those who failed to differentiate between the false signals and distorted information of manipulated markets and the trustworthy transparency of signals arising in truly open markets.

In summary: risk has not been extinguished, it is expanding geometrically beneath the false stability of a monstrously manipulated market.

Risk cannot be extinguished, it can only be transferred. By distorting markets to create an illusion of low-risk stability, the Federal Reserve has transferred this fatal supernova of risk to the entire financial system.