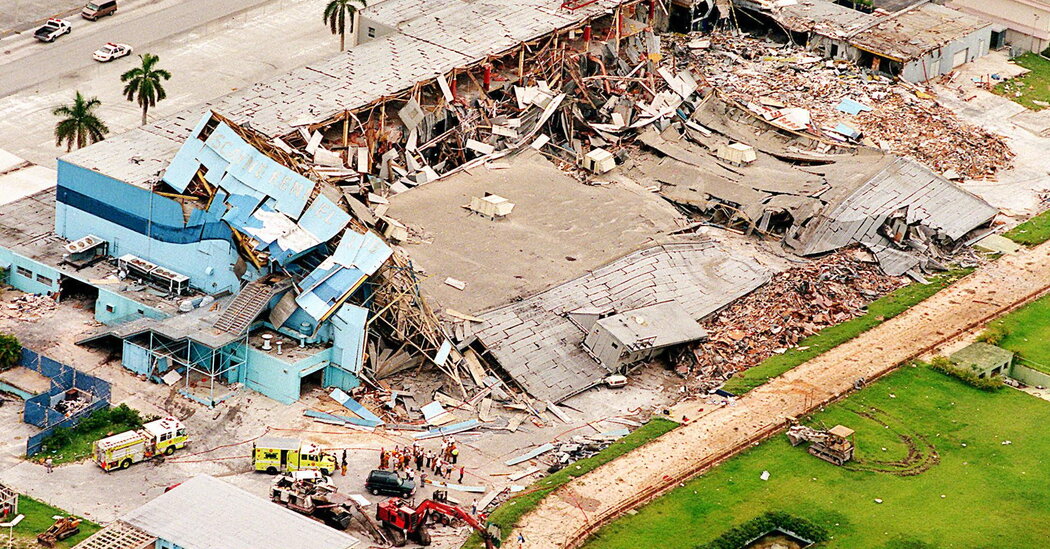 
On Thursday, Surfside officials hand-delivered letters to property owners notifying them that all ocean-front buildings more than 30 years old and taller than three stories should hire engineers to begin the 40-year building recertifications required by law — effectively starting the process 10 years early. The city is also asking property owners to hire registered geotechnical engineers to analyze foundations and subsurface soils.

Mr. Prieto spent five years as a building inspector at nearby Miami Beach, where city officials agreed to pay him $80,000 a year — more than 50 percent above the advertised salary — because he held a variety of important licenses, including one in roofing. City officials who hired him noted that a background check revealed financial problems, including a bankruptcy in 2002, his personnel file shows.

There is no indication that these issues were related to his competence as a building inspector, but they are generally considered potential red flags during pre-employment background checks.

At one point, Mr. Prieto owned his own development company and was involved in several real estate development ventures. Court records show that while employed at Miami Beach, in 2012, Mr. Prieto filed for bankruptcy again, this time telling the court he had accumulated $1.7 million in debt. He said he was losing one of the three properties he owned to foreclosure.

A few years into his tenure in Miami Beach, his bosses complained that he was frequently late, had missed more than 20 days of work one year, and often could not be located, according to emails in his personnel file. The record shows Mr. Prieto said he failed to call in sick on time because he had trouble with his sinuses. His bosses expressed concern that he frequently did not answer his phone when they were trying to reach him.

He was suspended after twice calling in sick several hours after his shift had already begun.

“I wasn’t made aware of a problem. On the contrary, there were people that would tell me how happy they were with Mr. Prieto,” Charles W. Burkett, the mayor of Surfside, said, stressing that he joined the city after Mr. Prieto was hired. “You can go back over the commission meetings, and as I recall, people were praising him for his responsiveness and his demeanor and his helpfulness.”