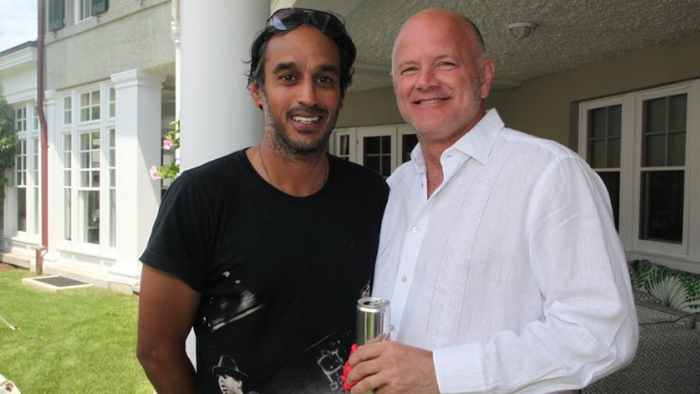 
After a very brief break in 2020 due to Covid, it looks at though it is back to fun in the sun, ritzy gatherings and massive parties by the super rich in the Hamptons this summer.

The elites of the Hamptons – people like Mike Novogratz, Larry Gagosian and Kathy Rayner – are all back to hosting their normal gatherings this summer as life returns back to somewhat of a post-Covid normal, according to Bloomberg.

And with the super rich comes super rich topics of discussion. At Novogratz’s recent Sunday gospel brunch, Goldman Sachs’s Ashok Varadhan said he was reaching academic papers on cryptocurrency while music executive Jason Flom spoke to Novogratz about his podcast and his new 1959 Corvette.

And it looks like the summer is just getting started. Joey Wolffer, of the Sagaponack winery family, commented: “I haven’t been out to a party in a year-and-a-half, and I had events five nights in a row last week. I came home one night and my kids had epic meltdowns. We didn’t ease into this at all.”

He said most Democrats in the Hamptons this summer aren’t complaining about President Biden’s tax increases: “Virtually all of them believe that wealth inequity is a major economic problem that has to be addressed. They also realize that if wealth inequality continues, at some point there will be pitchforks at the hedgerows.”

All that means is they’re literally OK with throwing money at the problem of people wanting to riot to make it go away – it just happens to be called paying more in taxes, in this case.

Regardless, there is some preparation being made for the increases. Leonard Ackerman, an East Hampton lawyer, said: “The most anxiety right now is over Biden’s tax plan, because if you’re not going to have a stepped-up basis, people who have homes here and sell them, upon someone passing, they’re going to get whacked twice, first on capital gains doubled, and on estate taxes. A substantial amount of equity built up over the years is going to get wiped out. So there’s potential for a lot of older homes to come on the market.”

Up in the air is how many people partying in the Hamptons this summer will wind up back in NYC. One couple at Novogratz’s brunch said they pulled their kids out of private school and put them into public school in Amagansett, which they love. Another family matriarch said she was stayin in the Hamptons year-round while her husband commuted to the city for school with the kids.

On the agenda for the rest of the summer are numerous benefits, including one that will be held on Kathy Rayner’s estate. Guests can take in her carefully prepared gardens while sipping on home-made margaritas and home-grown strawberries.

Andrea Grover, the head of Guild Hall, concluded: “Having that cocktail party at her house was the top. She’s the consummate hostess who really attends to every detail of a party. The napkins were linen embroidered with elephants and golden thread.”