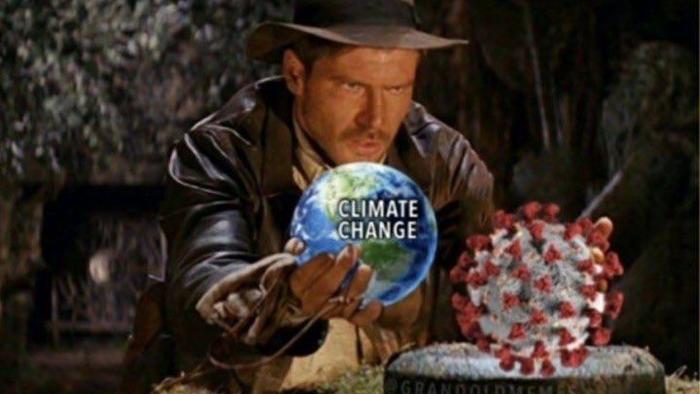 
Authored by Mark Jeftovic via BombThrower.com,

If you’re arguing against Bitcoin, then you’re in favour of serfdom

My remarks were that as a creature of the state she has it exactly backwards. This is predictable. For years I’ve been saying that the most oft-used criticisms against Bitcoin (backed by nothing, ponzi and tulipmania) were more accurate descriptions of the US dollar, social security, and meme stonks, in that order.

In TCC we spend a lot of time thinking about the coming bifurcation in digital money: how Central Bank Digital Currencies will be the rails for things like UBI and welfare dependency while crypto currencies will be actual stores of wealth and capital formation. If there was one distinctive feature that would enable one to tell the difference between a “bogus” digital currency and a real one, it would be this:

If you can hold your private keys, it’s real. If you can’t, it’s bogus.

Precisely the opposite of how Warren is spinning it.

The exact phrase I used in this month’s issue was :

“The era of private, cryptographically secured money is here, and there’s not a damn thing any bureaucrat, any politician or any nation state can do about it.”

That particular phrase “private, cryptographically secured money” is important. If you do not fully understand the implications of that and you unwittingly accept establishment arguments against  Bitcoin, then you are tacitly ceding authority over your entire life, every transaction, every decision, every interaction with the world at large, to The State.

Warren also piled onto the energy argument, which seems to be the latest unified front against the upstart non-state currency:

There are two distinct rebuttals to this issue. One is by putting Bitcoin energy usage into perspective and showing how the benefits justify the costs. (Even the World Economic Forum recently published a remarkably clueful paper saying that the arguments against Bitcoin were mainly FUD and that the energy usage was worth it given the benefits).

The total electrical usage of all Bitcoin mining is approximately 110 TWh (Terra Watt hours) per year. It is estimated that as much as 20% of all electrical energy produced is wasted. The Energy Information Administration (EIA) puts it even higher, at 34%.

The total electrical energy usage of the world in 2018 was around 22,000 TWh and 20% of that would have been 4,400 TWh (at the higher EIA figure it would be 7,480). Seen in that context, Bitcoin mining uses somewhere between 2.5% and 1.4% of all wasted electrical energy. It’s been written up by others how Bitcoin by its nature can be moved toward sources of energy waste and thus covert otherwise lost energy into real economic value. Great American Mining is already doing it (and one of the companies we hold in our Crypto Capitalist Portfolio is in a joint venture with them).

Another example of providing context is when people like Alex Gladstein document how the US military empire is really a support structure for the US dollar, and compared to that, Bitcoin has a smaller carbon footprint and causes a lot less damage. Bitcoin is not actively conducting drone assassinations in multiple foreign countries. The petrodollar is.

The other approach to the energy usage criticism by people like Nic Carter is the categorical rejection that any Bitcoiner is under any obligation to explain or justify their energy usage. If Bitcoin and cryptos have to rationalize their energy footprint, then that follows for everything. From “Keeping Up with The Kardashians” to NASA, can anybody truly rationalize their energy expenditure over the supposed conservational benefits of that activity not occurring?

It’s this attack on individual rights to use private, cryptographically secured money that I want to focus on in particular because to even accept  that Bitcoin energy argument as valid, you are tacitly accepting that some authority other than you has the ultimate verdict over all energy usage including your own.

Isn’t watching (or being) the Kardashians an exercise in self-absorption and triviality that glamorizes wealth inequality?

Should NASA really be concerning itself with space when we have so much social justice to undertake here on Earth? We only have one Earth. Don’t those rockets use a lot of fuel and deplete the ozone layer?

There are already serious academics suggesting that we should genetically engineer humans to be less harmful to the environment. Here is a bioethicist and NYU professor in a 2016 symposium making the case for genetically engineering humans so that they are born allergic to red meat and grow up to be on average 12 cubic centimeters smaller. For climate.

In 2015 the UN adopted 17 sustainable development goals for working toward Agenda 2030. On the surface, these goals appear laudable and uncontroversial. They include objectives such as No Poverty (#1), Zero Hunger (#2), Gender Equality and Clean Water for All (#5 & 6), who isn’t in favour of any of these things?

If you’re running the list you would almost gloss over SDG-12: Responsible Consumption and Production, because “By 2050, the equivalent of almost three planets could be required to sustain current lifestyles”

You see where this is going. I’ve said it before, all this talk about Great Resets, The New Normal and Building Back Better is about getting the masses to ratchet down their lifestyles so that the managerial elites and experts can keep running the show (and maintaining theirs).

Standards of living are all about energy inputs. As people and communities become more prosperous, their per-capita energy usage rises. The official canon of the national and supra-national elites is that this has to stop. Never mind that history is the story of humanity achieving exponentially higher productivity gains and energy efficiencies, never mind that the world was already on a trajectory to achieve many of the SDGs  already without overbearing government intervention (see Ana and Hans Roslings’ “Factfulness” or Matt Ridley’s “The Rational Optimist”)

All that matters is that the experts, the same technocratic class that brought you double masks, double vaccines and two years of lockdowns, have decided that this is the way things have to go. Incidentally, the COVID pandemic (which was arguably brought about by the very experts who were purportedly trying to prevent one) is the perfect opportunity to fast track new policies toward these Sustainable Development Goals.

Make no mistake, the same climate technocrats who are saying Bitcoin’s energy footprint isn’t justified are already thinking in terms of a totalitarian system of energy and carbon rationing based on purported benefits of any given activity.

If you think I’m exaggerating the extent to which the coming “resource based economy” model will subordinate your day-to-day activities and life choices to some greater good narrative, take a look at this recent research paper from  multi disciplinary Sustainability institute about the cognitive dissonance and anxiety “PEBEXs” (Pro-environmental Behaviour Experts”) have to struggle with because their aspirational climate ideology clashes with the demands of everyday life.

These are the people who’s job it is to advance policy and advocate for everybody else ratcheting down their consumption patterns (SDG-12, basically).

“A practical behavior applied by participants to feel better about their consumption is to minimize it. These PEBEXs question their private and job-related consumption to acknowledge that they (and others) are better off with less. These narratives also contain social criticisms of materialism, perceived as a social norm of the Western world” (emphasis added)

One of the tensions PEBEXs experience is the seeming futility of “engag[ing] in individual sustainable practices, to avoid a suboptimal allocation of their resources”, because at the individual level, change is insignificant

“I don’t believe that much in individuals deciding to do things different. I want more the structures to be changed. I don’t know if I want to change people’s behavior, I want to change the society. So that we consume less energy. That is two different things for me.” (Emphasis added)

For a fairly short quote, there’s a lot in there, including:

As if to drive the entire point home for me, no sooner had I posted this when I came across  a “think piece” from Time Magazine lecturing us on  air conditioning:

The upshot is that air conditioning is bad for the environment and problematic, thus, it must me ‘re-imagined’ I guess…:

The troubled history of air-conditioning suggests not that we chuck it entirely but that we focus on public cooling, on public comfort, rather than individual cooling, on individual comfort. Ensuring that the most vulnerable among the planet’s human inhabitants can keep cool through better access to public cooling centers, shade-giving trees, safe green spaces, water infrastructure to cool, and smart design will not only enrich our cities overall, it will lower the temperature for everyone. It’s far more efficient this way.

To do so, we’ll have to re-orient ourselves to the meaning of air-conditioning. And to comfort. Privatized air-conditioning survived the ozone crisis, but its power to separate—by class, by race, by nation, by ability—has survived, too. Comfort for some comes at the expense of the life on this planet.

It’s time we become more comfortable with discomfort. Our survival may depend on it.“

Ok. That’s not hyperbolic at all.

And yet again we see that same diminution of individual agency and autonomy in favour of the collective. Private is bad. Public is good. I’m sure the offices at Time have the a/c switched off as do the staff remote working from home. If they don’t, then whoever wrote this may be experiencing the same anxiety as the aforementioned PEBEXs.

This kind of sanctimonious shrieking doesn’t take into account that pretty well everything being made in industrial society today is becoming more energy efficient over time. It doesn’t take into account that four times as much energy is spent on heat than on air conditioning.  Or that without widespread private air conditioning, a lot of people would actually die, especially among the elderly and medically at-risk.

The idea to redesign public spaces to afford more cooling areas aren’t bad ideas, but the real solution to addressing the disparities in underdeveloped communities is to increase economic prosperity for the citizens who inhabit them. One way to do that could happen if they had access to some kind of private cryptographically secured money, whose purchasing power increases over time… or something.

Just a thought. But that would be better than  marshalling them into communal herds of dependency (which is basically what the ultimate aspiration is for everyone except the billionaires and elites zipping around the world on private jets to climate conferences).

If you accept that anybody has the moral authority to tell you what you can and can’t do with your own wealth and how you consume energy, then you are submitting to their judgement on every aspect of your energy consumption, and thus, your entire life.

What people don’t realize is that there is an overarching framework that already mediates energy usage and consumption, one that allocates resources toward optimal outcomes. This already exists (or at least it used to), it’s called free markets that are driven by economic tradeoffs.

To receive future posts in your mailbox join the free Bombthrower mailing list, follow me on Twitter, or use the current weakness in cryptos to take advantage of my Crypto Capitalist Portfolio trial offer.