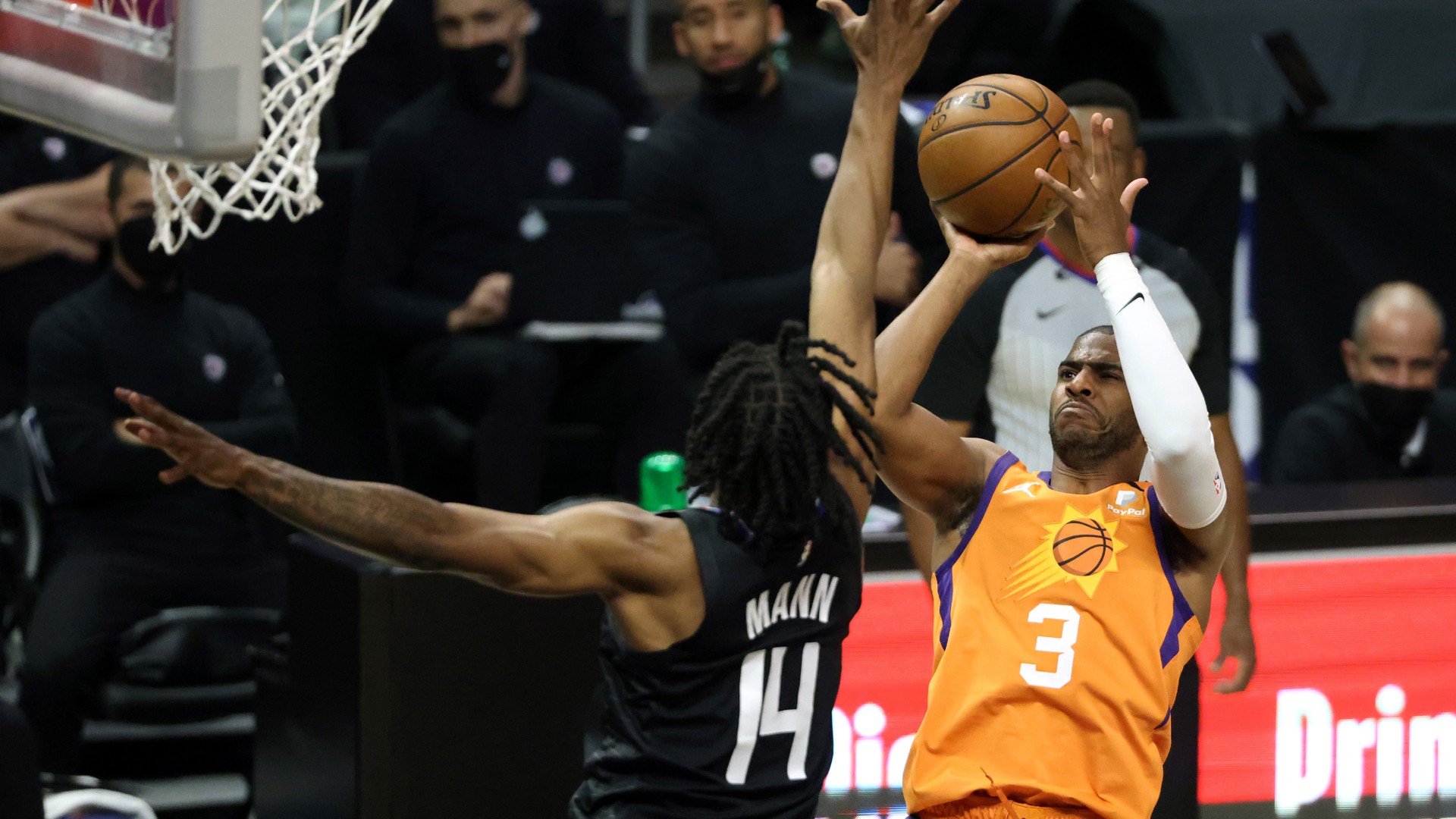 As Chris Paul spent the better part of two decades pursuing a trip to the NBA Finals, there probably were only two choices for the manner in which he would arrive.

1. Earning a technical foul for a comment to the losing team’s bench just before he made a ceremonial exit from a game he thoroughly dominated with perhaps the greatest performance of his career.

2. He would never arrive.

The smart money surely was on option No. 2, but it turned out the other was more fun than any of us could have imagined. It was as if Paul willed every one of his most famous qualities – the insistence on irritating the opposition, the vision to connect with teammates at impossible angles, the dreadful theatrics that do not hint at his effectiveness as a commercial actor, the ridiculous ballhandling skill that unnerves opponents, the petulance that does that even more so – it was all there Wednesday night at the Staples Center as the Suns blew out the Clippers to claim the first spot in the 2021 NBA Finals.

The stats that encompass his evening in LA are almost cartoonish: 41 points, 8 assists, 16-of-24 shooting from the field, 7-of-8 from 3-point range, three steals – it began to appear as if he’d do anything necessary to get that fourth victory in the Western Conference finals. And it was true in ways beyond mathematics, from the intersection with DeMarcus Cousins that led to a technical foul against the Clippers to whatever it was that led to Patrick Beverly to get ejected himself by shoving Paul from behind.

MORE: Beverly ejected after shoving Paul from behind | Cousins does not throw platitudes Paul’s way

It may be these situations that have led to Paul being underappreciated: by the fans who follow the league, by the teams that have traded him four times. Or maybe it’s because he’s been traded four times and played for five different teams that he doesn’t belong to anyone other than his hometown of Winston-Salem, N.C., where he became a high school legend and college All-American at Wake Forest.

Those who have voted him All-NBA and to the All-Defensive team surely understand, but when the greatest point guards in the history of the game are discussed, his name too rarely is inserted into the conversation.

So let’s do that.

Chris Paul vs. Bob Cousy: The game was so much different when Cooz played, but the objective was the same: put the ball in the basket, stop the opponent from doing the same. He led the NBA in assists per game eight times in 13 full seasons and was named an All-Star each time. He averaged 18.4 points and 7.5 assists for his career. He was league MVP in 1956-57. So many from today dismiss Cousy because of how the tape looks, but that’s generational arrogance. Verdict: Cousy.

Chris Paul vs. Walt Frazier: If you’re doing an exercise such as this and leaving out Clyde, you’re doing it wrong. (No doubt that’s happening right this minute, in some media forum). Fortunate to be drafted by the Knicks in the year Red Holzman took over, Frazier became the foundational piece for two championship teams. Known primarilyfor  his defensive ability – he made All-D seven times in 13 seasons – Frazier also averaged 18.9 points for his career. But Paul is no less formidable as a defender, and he is far more effective as an individual offensive creator (9.4 assists per game to Frazier’s 6.1). Verdict: Paul.

Chris Paul vs. Steve Nash: Nash earned two league MVP awards for his work in making the Suns a regular-season force in 2004-05 and 2005-06, when the team averaged 58 wins. But both of those teams lost in the Western Conference finals, and neither series was close. Nash made All-NBA seven times; Paul has made it 10 times. Nash finished with career averages of 14.3 points, 8.5 assists, 0.7 steals and 49 percent shooting. Paul is at 18.3 points, 9.4 assists and 47 percent shooting. Verdict: Paul.

Chris Paul vs. Jason Kidd: When one talks about the greatest pure passers ever to play, Kidd should be among the first names mentioned. And he was an overwhelmingly powerful defender. But Kidd had only a single season out of 19 in the league when he shot better than 43 percent from the field. Shooting matters. Paul’s ability to hit the floater in the lane has led to him converting 1,323 more 2-pointers than Kidd – in three fewer seasons. Paul averages a half-dozen more points per game. Verdict: Paul.

Chris Paul vs. John Stockton: This may be the closest competition, but it’s also the greatest contrast. Stockton was drafted by the Jazz a year before Karl Malone and wound up playing his entire career in Utah. Stockton became the most prolific passer in the game’s history, nine times leading the league in assists, and he made 51.5 percent of his shots, though he attempted far fewer than Paul. Drafted by the Hornets in 2005, Paul joined an organization that rarely approached full functionality and wound up playing in a variety of off-Broadway cities or circumstances. His obvious edge over Stockton is as a shooter (1,441 3-pointers to Stockton’s 845) and scorer. Verdict: This really is a matter of preference.

Chris Paul vs. Isiah Thomas: His ability to direct two NBA championship teams is a clear advantage for Isiah. The two players are comparable regarding their offensive strengths, scoring (Thomas 19.2, Paul 18.3) and assist (Thomas 9.3, Paul 9.4) averages and shooting percentages (Thomas 45.2, Paul 47.2) that are close to identical. Does longevity matter? Because that’s not close. Paul is in his 16th season; Thomas only made it 13, though he played in a more physical era. Thomas also was all-NBA only five times. Verdict: Thomas because of the titles, but Paul could swing this in the next few weeks.

Even if you disagree with every conclusion we reached, you can see how comfortably Paul fits into that team picture. If you are debating the greatest point guards of all time, he must be included, probably in the front row.

He almost certainly would be the one holding rabbit ears over the gentleman sitting next to him, of course.