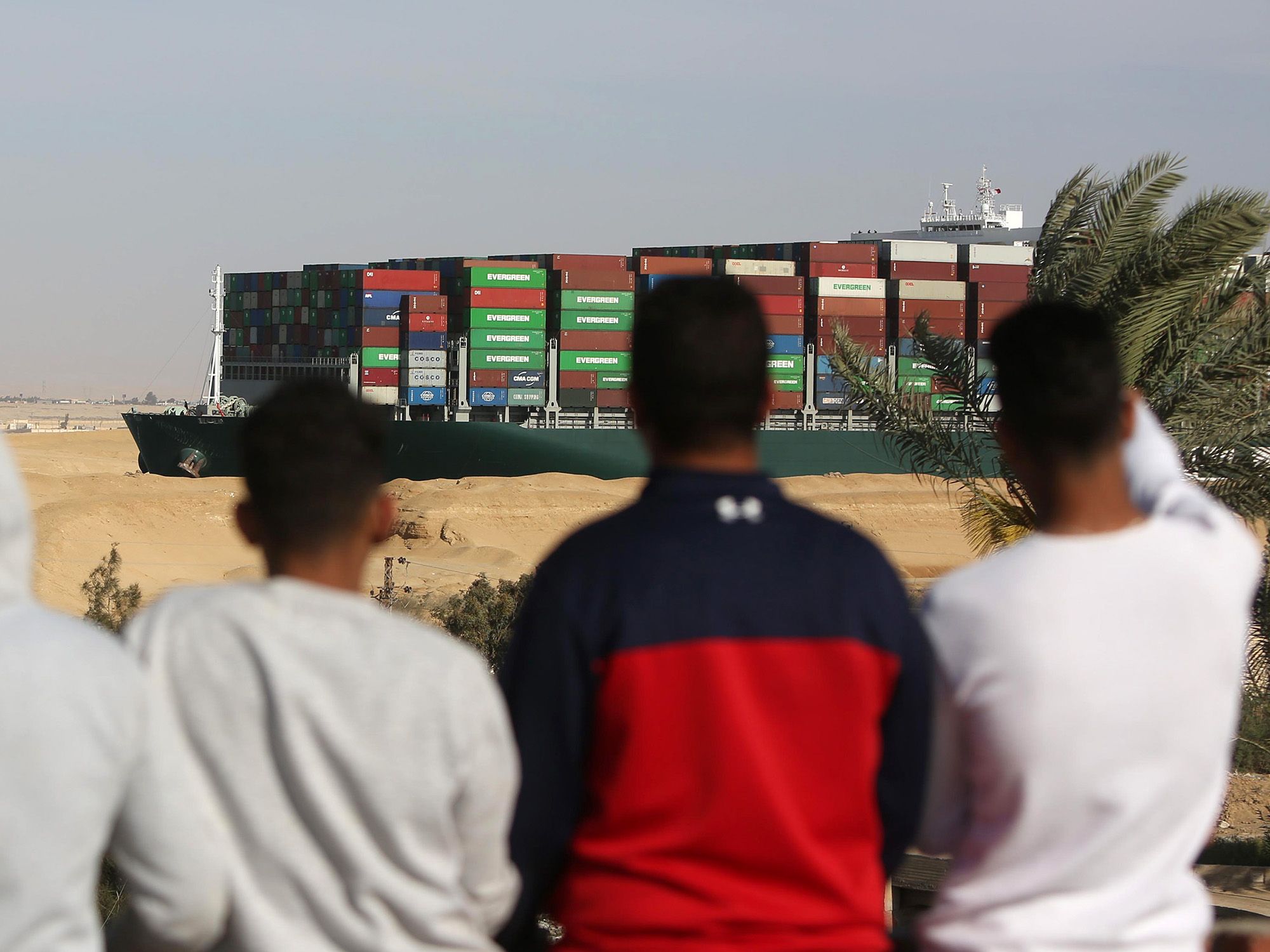 Egypt expects to finalize an agreement next week for compensation over the giant ship that blocked the Suez Canal in March, according to the waterway’s top official.

The Suez Canal Authority will sign a deal with the owners and insurers of the Ever Given vessel around the middle of next week, SCA Chairman Osama Rabie said to local television late Wednesday.

Asked if the settlement amount was near the latest figure discussed, Rabie said: “Yes, it’s near, thank God.”

He declined to give additional details. Egypt had initially sought over $900 million — a figure that was subsequently amended to $550 million.

The SCA’s compensation claim covered the loss of transit fees, damage to the waterway during the salvage efforts, and the cost of equipment and labor.

Taiwan’s Evergreen Line had chartered the vessel, which was traveling from China to Rotterdam. After being freed on March 29, the Ever Given was sailed to the Great Bitter Lake — about halfway along the canal — and has since been kept there by Egyptian authorities.

Photograph: Spectators watch as the Ever Given container ship moves along the Suez Canal towards Ismailia after being freed from the canal bank in Suez, Egypt, on March 29, 2021. Photo credit: Islam Safwat/Bloomberg.