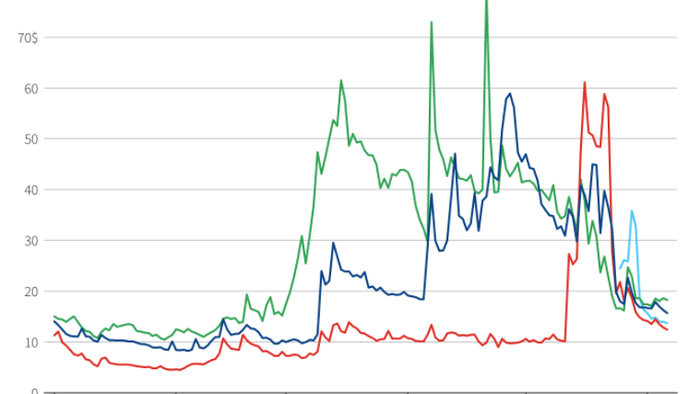 
Cryptocurrency has smashed head first into the world of international soccer, but its unclear whether or not fans are on board just yet.

A number of soccer teams worldwide are experimenting with launching their own digital tokens, which allow fans to vote on mostly inconsequential club decisions, such as what music plays after a goal, according to Reuters.

While some fans have heralded the idea, others have called the tokens nothing more than “superficial participation” that adds to club costs.

The tokens can be traded on exchanges, just like other cryptocurrencies, and their prices can be just as volatile. Clubs have been teaming up with crypto technology firms that launch the tokens and shares in the revenue from their initial sale. Many clubs launched their tokens at about $2 each.

Malcolm Clarke, chair of the Football Supporters’ Association, which represents fans in England and Wales called the tokens “not a good look”. He says they are indicative of clubs “trying to squeeze extra money out of supporters by making up inconsequential ‘engagement’ online polls.”

Sue Watson, chair of West Ham United Independent Supporters’ Association, asked: “Why should you have to pay to have any sort of say in the club?”

But the tokens have helped generate revenue at a time where Covid has brutalized ticket sales. Sales at Europe’s Top 20 clubs were down 12% in 2020, the report noted.

Juventus supporter Giuseppe Bognanni said: “It’s nice that the song you voted for is the one you hear, and you think ‘I participated in that’.”

Roma supporter Katia Gigliotti said it helped her engage with her club when she couldn’t make it to the stadium: “Not being able to go to matches was traumatic because for me soccer means stadiums.”

One firm that teams have been teaming up with is Chiliz, a unit of Malta-based Mediarex Enterprises Ltd. The company’s CEO, Alexandre Dreyfus, says the company shares in revenue from the initial sale of tokens and that his company is targeting $200 million in revenue this year. His company has helped launch 20 tokens with various soccer teams.

The adaptation of digital technology in sports has also taken hold as items like non-fungible tokens (NFTs) for things like NBA highlights.