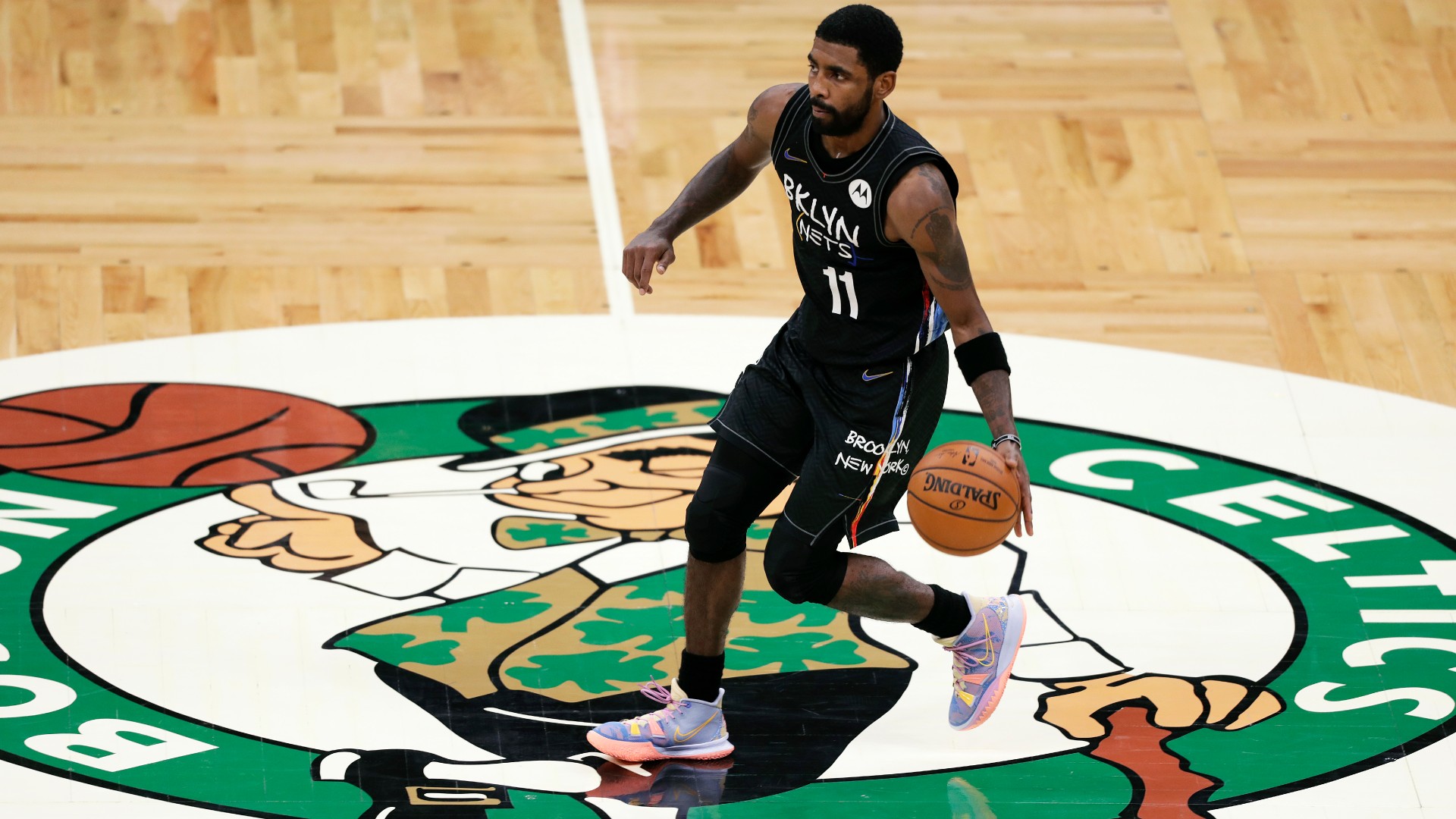 Nets guard Kyrie Irving exited Sunday’s playoff game vs. the Bucks after spraining his right ankle. Irving would later be ruled out of the game with the injury. The Nets would fall to the Bucks in Game 4 107-96, sending the Eastern Conference semifinal series back to Barclays Center even at 2-2.

Davis, a member of the Celtics’ 2008 championship-winning squad, had some thoughts on the injury. In an Instagram reply, Davis seemed to imply that it was a result of basketball karma after Irving stomped on Boston’s center court logo earlier in the playoffs.

“Karma is real. Energy is real no matter what you guys say,” Davis said in another IG comment. “That logo means something negative or positive. Ky wished that on hisself (sic). Energy is real, always have respect for other no matter if its (sic) a logo are (sic) not.”

After the Nets’ Game 4 victory over the Celtics in the first round, Irving greeted teammates at center court and stomped on the drawing of Lucky the Leprechaun, the team’s mascot. A fan was ejected from TD Garden, arrested and charged with felony assault for allegedly throwing a water bottle at Irving following the stomp.

Davis’ comments are pretty baseless, all things considered. Karma isn’t a tangible effect, after all. What is tangible is that the Nets and Bucks head back to Brooklyn with the series tied and both Irving and James Harden’s status for Game 5 uncertain.

By the way, it wasn’t the same ankle that stomped on Lucky, just to fact check. That was Irving’s left one. The injury was to Irving’s right one.