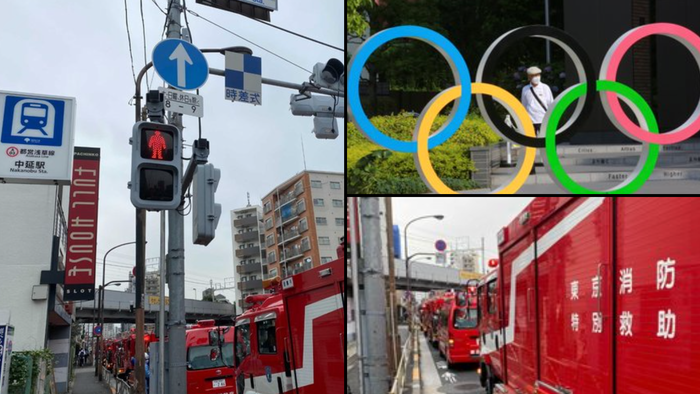 
Tokyo Police are investigating an apparent suicide on Monday morning (local time) of a senior official at the Japanese Olympic Committee (JOC) who jumped in front of a subway train.

Nippon TV’s News24 channel reports Yasushi Moriya, who led JOC’s accounting department, apparently ended his own life in the Tokyo Metro system. Police have yet to release details surrounding the death of the official.

The Tokyo 2020 Olympic Games, which were canceled last summer due to the virus pandemic, are expected to begin on July 23 and end on August 8.

A staff member of #Japan‘s #Olympic Committee died on Monday in a suicide in #Tokyo’s subway, local broadcaster Nippon Television said. Yasushi Moriya, 52, who worked as an accounting manager with the committee, jumped in front of a train from a subway platform in the morning. pic.twitter.com/f60cMcibt6

Despite recent objections from government scientists and prominent business people, Japan is moving forward with the postponed 2020 Summer Games in Tokyo next month. In an interview with the Japanese press, the president of the 2020 Games, Seiko Hashimoto, declared that the event would move ahead as planned, with the Japanese government taking certain precautions to prevent an outbreak of mutant COVID.

“We cannot postpone again,” Hashimoto told the Nikkan Sports newspaper via Reuters. This is happening as a recent rise in Japan’s coronavirus numbers.

Even if the Games are held, the entire event will be a financial disaster for the country who went well over budget to stage it. This is because foreign fans have been barred from entering all sporting events, and those who are eligible to enter will need a negative COVID-19 test or vaccination history. Once inside, spectators might be forbidden from eating, drinking, and cheering.

A recent study by Britain’s Oxford University said the Tokyo Olympics are the most expensive summer games ever. With no foreign fans allowed, the alleged suicide of the JOC’s accounting department head makes you wonder just how bad of investment the Games will turn out to be.