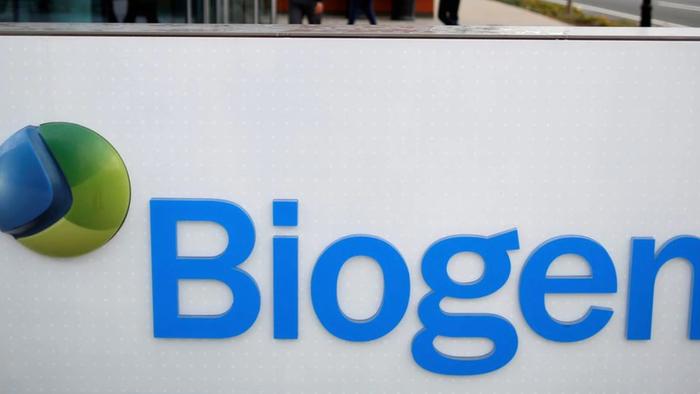 
Update (1330ET): The market is loving today’s news about Biogen’s controversial Alzheimer’s drug, even if hurdles remain that could see it pulled from the market.

News of the drug’s approval benefited the broader biotech sector on Monday and sent shares of rival Eli Lilly, which is working on its own Alzheimer’s drug, higher, along with shares of other companies working on their own treatments.

Update (1310ET): Biogen shares are set to resume trading at 1330ET (roughly 20 mins from now), and more details about the new treatment are still trickling out, including the price tag, which will start at $56K per year (though that number could well be lower for patients on Medicare, which services a majority of Alzheimer’s patients in the US.

In what could be a major coup for Biogen, the FDA on Monday approved Aduhelm (aducanumab), Biogen’s experimental drug for treating the physiological causes of Alzheimer’s, as the first treatment to address an underlying cause of the disease despite the remaining controversy over the drug’s decidedly mixed clinical trial results.

As Reuters explains, Aduhelm is one of a long list of drugs that have aimed to remove sticky deposits of a protein called amyloid beta from the brains of patients suffering from early-stage Alzheimer’s in order to stave off the worst ravages of the disease, which is characterized by severe memory loss and the loss of the ability to care for oneself.

The clinical trials for Aduhelm were the first to show that a reduction in these plaques (which are considered a hallmark symptom of the disease) can slow the clinical decline of a patient.

The drug has created a rift in the professional community that was mentioned in the FDA’s press release: the agency said that the data included in the Biogen’s submission – which were derived from two phase 3 clinical trials – were “highly complex and left residual uncertainties regarding clinical benefit. There has been considerable public debate on whether Aduhelm should be approved. As is often the case when it comes to interpreting scientific data, the expert community has offered differing perspectives.” Many scientists opposed the drug’s approval, saying it doesn’t work.

As a result, Biogen will be required to conduct another round of post-approval clinical studies (what the FDA is calling a “Phase 4” trial).

Biogen’s new drug is the first Alzheimer’s treatment approved since 2003. Existing treatment courses for the disease don’t do much to arrest the underlying causes, but rather are designed to make patients more comfortable.

FDA approved Aduhelm to treat patients with Alzheimer’s disease using the Accelerated Approval pathway, which allowed for the drug’s approval thanks to the success it showed in reducing the amyloid beta brain plaque.

Shares of Biogen climbed on the news, as did shares in other companies known to be working on alzheimer treatments, including Biogen rival Eli Lilly. The Nasdaq biotech index climbed to a session high.

Read the full press release below:

Today FDA approved Aduhelm (aducanumab) to treat patients with Alzheimer’s disease using the Accelerated Approval pathway, under which the FDA approves a drug for a serious or life-threatening illness that may provide meaningful therapeutic benefit over existing treatments when the drug is shown to have an effect on a surrogate endpoint that is reasonably likely to predict a clinical benefit to patients and there remains some uncertainty about the drug’s clinical benefit.

This approval is significant in many ways. Aduhelm is the first novel therapy approved for Alzheimer’s disease since 2003. Perhaps more significantly, Aduhelm is the first treatment directed at the underlying pathophysiology of Alzheimer’s disease, the presence of amyloid beta plaques in the brain.  The clinical trials for Aduhelm were the first to show that a reduction in these plaques—a hallmark finding in the brain of patients with Alzheimer’s—is expected to lead to a reduction in the clinical decline of this devastating form of dementia.

We are well-aware of the attention surrounding this approval. We understand that Aduhelm has garnered the attention of the press, the Alzheimer’s patient community, our elected officials, and other interested stakeholders. With a treatment for a serious, life-threatening disease in the balance, it makes sense that so many people were following the outcome of this review. Further, the data included in the applicant’s submission were highly complex and left residual uncertainties regarding clinical benefit. There has been considerable public debate on whether Aduhelm should be approved. As is often the case when it comes to interpreting scientific data, the expert community has offered differing perspectives.

At the end of the day, we followed our usual course of action when making regulatory decisions in situations where the data are not straightforward. We examined the clinical trial findings with a fine-tooth comb, we solicited input from the Peripheral and Central Nervous System Drugs Advisory Committee, we listened to the perspectives of the patient community, and we reviewed all relevant data. We ultimately decided to use the Accelerated Approval pathway—a pathway intended to provide earlier access to potentially valuable therapies for patients with serious diseases where there is an unmet need, and where there is an expectation of clinical benefit despite some residual uncertainty regarding that benefit. In determining that the application met the requirements for Accelerated Approval, the Agency concluded that the benefits of Aduhelm for patients with Alzheimer’s disease outweighed the risks of the therapy.

What the Data Show

The late-stage development program for Aduhelm consisted of two phase 3 clinical trials. One study met the primary endpoint, showing reduction in clinical decline. The second trial did not meet the primary endpoint.  In all studies in which it was evaluated, however, Aduhelm consistently and very convincingly reduced the level of amyloid plaques in the brain in a dose- and time-dependent fashion.  It is expected that the reduction in amyloid plaque will result in a reduction in clinical decline.

We know that the Peripheral and Central Nervous System Drugs Advisory Committee, which convened in November 2020 to review the clinical trial data and discuss the evidence supporting the Aduhelm application, did not agree that it was reasonable to consider the clinical benefit of the one successful trial as the primary evidence supporting approval. The option of Accelerated Approval was not discussed by the Advisory Committee. As mentioned above, treatment with Aduhelm was clearly shown in all trials to substantially reduce amyloid beta plaques. This reduction in plaques is reasonably likely to result in clinical benefit. After the Advisory Committee provided its feedback, our review and deliberations continued, and we decided that the evidence presented in the Aduhelm application met the standard for Accelerated Approval. We thank the Advisory Committee for its independent review of the data and valuable advice.

The FDA instituted its Accelerated Approval Program to allow for earlier approval of drugs that treat serious conditions, and that fill an unmet medical need.  Approval is based on a surrogate or intermediate clinical endpoint (in this case reduction of amyloid plaque in the brain).  A surrogate endpoint is a marker, such as a laboratory measurement, radiographic image, physical sign or other measure that is thought to predict clinical benefit but is not itself a measure of clinical benefit. The use of a surrogate endpoint can considerably shorten the time required prior to receiving FDA approval.

The Devastation of Alzheimer’s Disease

With all this said, we are extremely aware of the gradual and cumulative devastation that Alzheimer’s disease causes, as patients lose their memory and cognitive functioning over time. In late-stage disease, people can no longer hold a conversation or respond to their environment. On average, a person with Alzheimer’s disease lives four to eight years after diagnosis, but some patients can live up to 20 years with the disease.

The need for treatments is urgent: right now, more than 6 million Americans are living with Alzheimer’s disease and this number is expected to grow as the population ages. Alzheimer’s is the sixth leading cause of death in the United States.

Although the Aduhelm data are complicated with respect to its clinical benefits, FDA has determined that there is substantial evidence that Aduhelm reduces amyloid beta plaques in the brain and that the reduction in these plaques is reasonably likely to predict important benefits to patients.  As a result of FDA’s approval of Aduhelm, patients with Alzheimer’s disease have an important and critical new treatment to help combat this disease.

FDA will continue to monitor Aduhelm as it reaches the market and ultimately the patient’s bedside. Additionally, FDA is requiring Biogen to conduct a post-approval clinical trial to verify the drug’s clinical benefit. If the drug does not work as intended, we can take steps to remove it from the market. But hopefully, we will see further evidence of benefit in the clinical trial and as greater numbers of people receive Aduhelm. As an agency, we will also continue to work to foster drug development for this catastrophic disease.