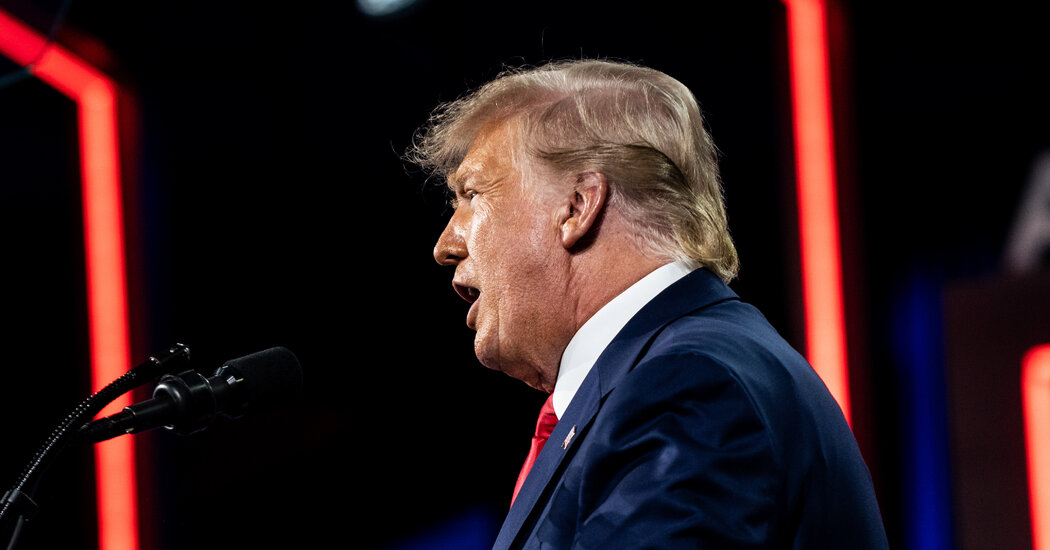 
As for being simultaneously big and small, Mr. Beschloss said: “He’s big if the metric is that politicians are afraid of him, which is one metric of power in Washington. Many Republican leaders are terrified of him and abasing themselves in front of him.”

Jason Miller, an adviser to the former president, agreed on Mr. Trump’s control over the party.

“There are two types of Republicans inside the Beltway,” Mr. Miller said. “Those who realize President Trump is the leader of the Republican Party and those who are in denial.”

Even in defeat, Mr. Trump remains the front-runner for the Republican Party’s presidential nomination in 2024 in every public poll so far. Lawmakers who have challenged his dominance of the party, like Representative Liz Cheney, the Wyoming Republican who implored her colleagues to reject him after the Jan. 6 riot by his supporters at the Capitol, have been booted from Republican leadership.

From his strange dual perch of irrelevance and dominance, Mr. Trump has been narrowly focused on three things — his repeated, false claims that the 2020 election was “rigged” and his support for efforts to try to overturn the results; the state and local investigations into the practices of the Trump Organization; and the state of his business.

Mr. Trump, who White House officials said watched with pleasure as his supporters stormed the Capitol and disrupted the Jan. 6 certification of the Electoral College vote, has told several people he believes he could be “reinstated” to the White House this August, according to three people familiar with his remarks. He has been echoing a theory promulgated by supporters like Mike Lindell, the chief executive of MyPillow, and Sidney Powell, the lawyer being sued for defamation by election machine companies for spreading conspiracy theories about the safety of their ballots.

President Biden’s victory, with more than 80 million votes, was certified by Congress once the Jan. 6 riot was contained. There is no legal mechanism for reinstating a president, and the efforts by Republicans in the Arizona Senate to recount the votes in the state’s largest county have been derided as fake and inept by local Republican officials, who say the result is a partisan circus that is eroding confidence in elections.

Nonetheless, Mr. Trump has zeroed in on the Arizona effort and a lawsuit in Georgia to insist that not only will he be restored to office, but that Republicans will also retake the majority in the Senate through those same efforts, according to the people familiar with what he has been saying.