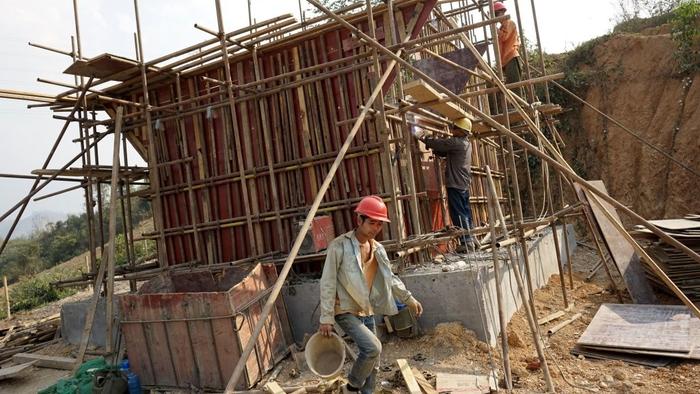 “The entire Belt and Road initiative is based on forced labor,” according to Li Qiang, director of China Labor Watch.

“Chinese authorities want the Belt and Road projects for political gain and need to use these workers.”

A new report, “Silent Victims of Labor Trafficking: China’s Belt and Road workers stranded overseas amid Covid-19 pandemic” by China Labor Watch, published on April 30, details the conditions of some of those overseas Chinese workers, who are building China’s Belt and Road infrastructure projects across the world. China’s Belt and Road Initiative (BRI) forms a crucial part of the Chinese Communist Party’s (CCP) foreign policy and is a key tool in China’s ambition to become a global superpower.

“They were promised a job with good pay to support their families back in China. Upon arriving in the host countries, however, Chinese employers confiscated their passports, and told them that if they wanted to leave early, they had to pay a penalty for breach of contract, which is often equivalent to several months’ worth of their salary.”

China Labor Watch found that most of the indicators of forced labor in the definition used by the International Labour Organization (ILO) were present concerning the Chinese workers they interviewed.

Almost all the workers had been deceptively recruited with promises of certain wages and legal work visas. Instead, their passports were confiscated right after they disembarked the plane, leaving them unable to leave unless they paid a heavy fine to the Chinese employer. They received no legal work permits, making them illegal workers. They were locked up in poor living and working conditions on the work premises, which were guarded by security guards. If they wanted to leave the premises, they needed permission from the guards. They suffered excessive work hours of up to 12 hours a day, 7 days a week with no holiday allowance and insufficient labor protection and safety equipment. Many workers were injured during work with no access to medical treatment, leading some to permanent disability. After a worker from a Chinese mining company in Indonesia was diagnosed positive for Covid-19 in November 2020, he was put in isolation in an empty dormitory room for more than 20 days without any medical treatment. Later other workers found his dead body. According to the report:

“We have found that in some Chinese steel and mining companies, workers are frequently detained and beaten by the company’s security guards due to disobedience, attempting to strike, or other disputes with management. In a WeChat group of Chinese steel workers in Indonesia, someone posted a video of a worker being repeatedly reprimanded and slapped until the uniform was covered with blood from his nose. Then other members of the group commented that a factory’s translator was the one who beat them.

“Intimidation and threats are common for controlling Chinese workers in forced labor at some BRI projects. The most commonly used threats include deportation, reprisal after returning home, high fines and penalties. It is also common to force workers to sign a waiver of rights to sue the employer and to force workers to delete evidence of labor rights violations on their phones.”

“A worker who went to Jordan worked in the desert for five months but only received his salary for the first six days. In Algeria, when an installation project of a subcontracting company was close to completion in 2019 two workers were left behind for maintenance and installation. They could not refuse the arrangement because their employer threatened them with six months of salary that had not yet been paid.”

There was no place where the workers could complain.

“Several workers said they tried to call the Chinese Embassy to report that their passports were detained by their employing company. The embassy’s reply was that it had no right to intervene and the workers were told to file a report at the local police station. However, these workers, cannot even get out of the gate of the work site, and they also face language barriers. It is quite unrealistic for them to call the local police. Moreover, workers are afraid that they will be punished or fined if the police find out that they do not have legal work status.”

The Chinese embassy also seems to have actively worked to suppress their complaints.

“Two volunteers we interviewed who are concerned about stranded overseas Chinese workers told us that what they published on their personal accounts about overseas migrant workers were often deleted by WeChat [a Chinese messaging and social media app] admins within a few hours. Once, after publishing an article mentioning a specific company name, an author received a call from the Chinese Embassy and company executives, telling him to delete the article and not to continue to focus on these workers.”

That the Belt and Road Initiative may be based on forced labor, as alleged by the report, is not surprising. Forced labor exists in two distinct forms in China. One form is modern slavery, not directly sanctioned by the state, as exemplified by the BRI workers mentioned above. According to the 2018 Global Slavery Index:

“[O]n any given day in 2016 there were over 3.8 million people living in conditions of modern slavery in China, a prevalence of 2.8 victims for every thousand people in the country. This estimate does not include figures on organ trafficking.”

The other form of forced labor is systematic and legal under China’s penal system. Communist China has used forced labor and labor camps, citing “reeducation”, since the 1950s. In 2013, the CCP claimed that it was abolishing the practice, only to reinstate it again some years later to “reeducate” Uyghurs. According to the Australian Strategic Policy Institute (ASPI), the Chinese government has built nearly 400 detention camps in Xinjiang. “By most estimates, about 10% of Uighurs and other Muslim nationalities in Xinjiang have found themselves arbitrarily detained in these camps,” according to Nathan Ruser, a researcher at the ASPI.

“Tens of thousands of former detainees are likely to have been transferred into forced labour programmes… Xinjiang’s continuing detention camps …underpin a vast network of labour programmes where consent is impossible. They contaminate the supply chains of hundreds of multinational companies with forced labour, and they implicate not only Chinese authorities, but much of the rest of the world in a concerted campaign of ethnic replacement that credible reports suggest may well amount to genocide”.

While the forced labor of Uyghurs has received much international attention in recent years, a much less known fact is that China also subjects Tibetans to forced labor on a large and organized scale. In the first seven months of 2020, China drove more than half a million Tibetans into forced labor, according to a 2020 report, “Xinjiang’s System of Militarized Vocational Training Comes to Tibet,” by Adrian Zenz for the Jamestown Foundation. According to the report, the CCP has been “reeducating” Tibetans in Tibet in ways that are similar to the forced-labor to which it subjects Uyghurs in Xinjiang. The report states:

“In 2019 and 2020, the Tibet Autonomous Region (TAR) introduced new policies to promote the systematic, centralized, and large-scale training and transfer of ‘rural surplus laborers’ to other parts of the TAR, as well as to other provinces of the People’s Republic of China (PRC). In the first 7 months of 2020, the region had trained over half a million rural surplus laborers through this policy…The labor transfer policy mandates that… farmers are to be subjected to centralized ‘military-style’… vocational training, which aims to reform ‘backward thinking’ and includes training in ‘work discipline,’ law, and the Chinese language…”