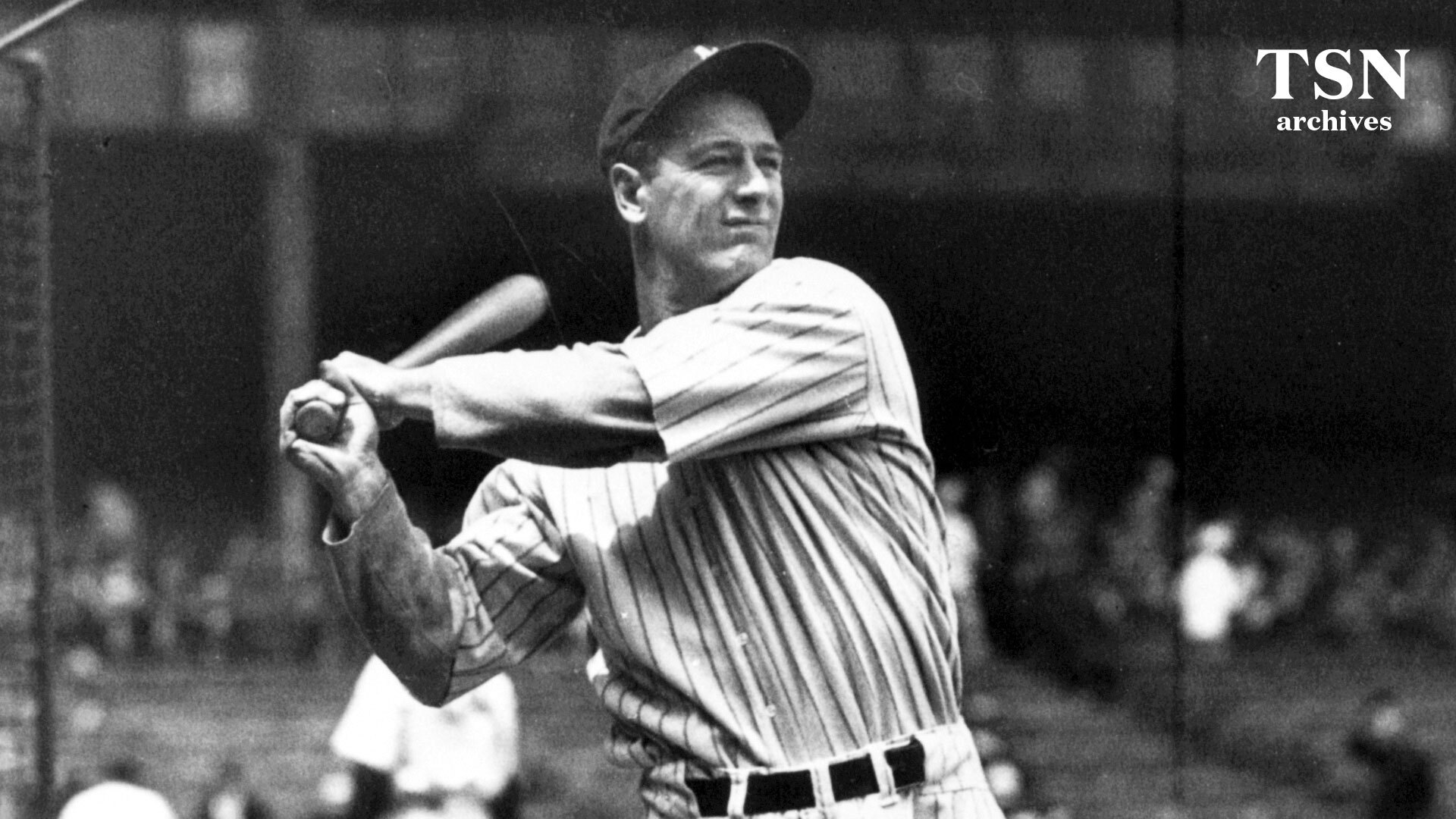 Lou Gehrig played what would be his final big-league game on April 30, 1939, at 35 years old. A few days later, the Yankees legend known throughout his playing days as “Laruppin’ Lou” sat down with The Sporting News for an honest, in-depth look at the days and months leading up to the end of his historic streak of 2,130 consecutive games played.

The quotes for this article all appeared in the May 11, 1939, issue of The Sporting News.

At the time, of course, there was no diagnosis for the disease that would eventually carry his name and legacy into the future. All Gehrig knew was that his body wasn’t performing like it used to, and that something was wrong. Gehrig gave his famous “Luckiest Man” speech on July 4, 1939, and he died on June 2, 1941, just 17 days shy of his 38th birthday.

On MLB’s inaugural Lou Gehrig Day, let’s take a look back at the legend’s conversation with The Sporting News. Before we get to that, though, here’s how that column, written by publisher J.G. Taylor Spink, finished. These words were in italics.

As Gehrig sits on the bench, baseball fans feel a distinct loss. Inside a week it has seen a development which will merit emotional handling in the history of the game, when that is written.

Lou Gehrig, on his physical struggles that spring

“Talk about it? Sure. Why not? It’s no disgrace. The day comes to all ball players. But please don’t turn on the tremolo, and do an obituary. I am out, but not down. I believe I will be back in the lineup in three weeks. I am doing a lot of running, and getting myself into shape.

“My so-called collapse was my own fault. I forgot to look at the calendar. I spent the off-season riding in a car and sitting in a boat. I rode to get a newspaper two blocks away. I should have been jogging, and should have come into training camp with my legs fit for the task.

“I always looked forward to the opening game as a big tonic. But this year, for some reason, the bell failed to arouse me. I knew at once something was radically wrong.

“As I kept showing no improvement, I began to consider stepping out of the line-up. It was not an easy decision to make. But I have always been a team man, and I never had lost sight of the welfare of the Yankees, and the debt I owe to baseball, and to the fans.

“On Sunday, April 30, we got our second straight setback from the Senators, in the Stadium. I had come up in a couple of spots with the chance to win the game.

“In the ninth, Buddy Myer slapped one down to me, and in other years I would have stuck the ball into my back pocket. But it was a hard play for me, and I tossed to Murphy, who had covered the bag.

“When I returned to the bench, the boys said, ‘Great play, Lou.’ I said to myself, ‘Heavens, has it reached that stage?’

Lou Gehrig, on the day the streak ended

“Well, I had quite a bout with myself driving up to Larchmont. I decided to get out of the line-up. I told Elanor (Mrs. Gehrig) of my decision and she advised going slowly. I thought it over during the night, and wrestled with myself all Monday. I tried to get Joe McCarthy that afternoon, but found he had gone to his home in Buffalo.

“On Tuesday, Joe flew in from Buffalo to Detroit, and as soon as he arrived, I got him in the lobby and told him that if it was okay with him, I would snap the record and take it easy for a while.

“We went up to his room, and he agreed that it was best for me to quit for a couple weeks. I told Joe I was no good to the club, myself, the game, the fans and McCarthy.

“I left at once for the ballpark. Then came time to hand the batting order to Umpire Basil. And instead of getting set to hit, I found my spot on the bench. They say I cried.

“The sensations I went through from that moment cannot be described. I do not remember how I felt sitting in the dugout while for the first time in 2,131 games another man went through a contest in my place.

“After the game, I somehow got dressed. I still was bewildered when I got back to the room. Bill Dickey, my roommate, tried to make a joke of it and consoled me. But I had come to the day I had feared so long, and for 24 hours I was numb.”

Lou Gehrig, on whether the streak was ever in jeopardy

“Yes, once — and only once. That was in 1934, in Detroit. I had severe lumbago. I had to call out of bed to get up. Doc Painter had to dress me. I wanted to remain in bed but club officials urged me not to break the record. I had to be dressed and undressed in the clubhouse. I came up once, singled — and left the game.

“When Whitehill hit me in the head in Washington, it was no bother. A doctor looked me over and ordered me out of the game. I said, ‘So you are in cahoots with the Senators! I play on.’ I then proceeded to hit a home run to win the game.

“A few years ago, Ray White of the Norfolk club hit me in the head in an exhibition game. They said I nearly had been killed. Well, the next day we played in Washington. I hit three straight triples and lost them all because the game was ended in the fourth by a baby hurricane.

“The big problem that day was to find me a cap. They took one of Ruth’s 7 1/2 caps and cut the seams so I could get into it. I had a knob on my head as big as a coconut.

“No, only that one occasion, when I had the lumbago, was I near quitting. And I have had busted fingers and toes, pains and aches just as all other men have them. I determined to go on and on, and I did. Until — the day came.

Lou Gehrig, looking at his future

“I’ve got to remain in baseball. For one thing, I am crazy about the game. For another thing, I am not quite 36. In other walks of life, a man begins to do his best work at that age. My immediate plan is to try and regain my old form. Sitting on the bench, I have a lot of strange thoughts and peculiar sensations. But I do not sit there with the idea that it is all over and Gehrig is ready for the boneyard. Not by a long shot! Folks have been terribly nice to me. Newspaper accounts of my snapping the string said marvelous things about me, and made Eleanor and me cry like kids.

“But the idea that I am a subject for a baseball obituary is all wrong.

“If, by chance, the legs do not respond, and the swing does not come back — well, I am taking my hurdles as I come to them.

“I have done the best I could every day of my life. Yet, as I read comment and as my wife reports on the newspaper stories in New York, I wonder if I deserve it all. I came into baseball with an inferiority complex and there are still days when I can’t fight it down.

“I am going through a period of readjustment. It means working hard, listening, watching, keeping up courage, and rebuilding legs and determination.”